Home › Christianity › Mormonism › Consumption Rather than Production: The Modern Housewife?

Consumption Rather than Production: The Modern Housewife? 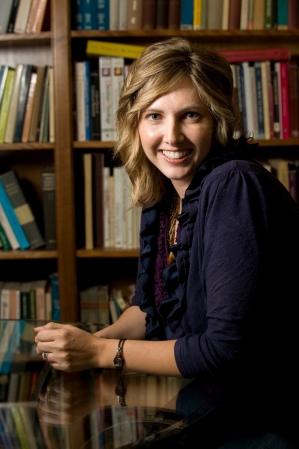 Last year I went to an intriguing talk by organizational psychologist Carrie Miles, who spoke about changing gender norms in Mormon society.

One thing that caught my attention was how she traced the way gender roles functioned in pre-industrial society to the way they work now in modern society. According to Miles, in pre-industrial society, women were essential to the survival of the family because they spent the vast majority of their time engaged in production — gardening, sewing clothes, making butter etc. In these pre-industrial societies, if a kid needed socks, there was one way to get them — the mom knitted them. Purchasing such items was not economically feasible for most families, which generally lived in a subsistence mode. They produced the vast majority of what they consumed.

Additionally, women were essential because the survival of these families depended on producing labor (children) who would grow to work the fields, help nurse the elderly, etc. Men, on the other hand, did the heavy work with the plows, etc., work that women generally didn’t do because it would endanger pregnancy.

Miles pointed out that the Mormon Church was born (1830’s)  at the beginning of the industrial revolution, so it makes sense that it, like other churches of the time, would embrace current ideas about sex divisions and gender roles. (I would venture to add that what separates Mormons from other Christian religions on this subject, though, is that Mormons actually extend gender roles into the realm of the eternities.)

Fast forward 130 years. It no longer makes economic sense for many American women to be making their own soap, knitting their own socks, making their own clothes, or for that matter, having enormous families. What used to be essential to the well-being of the family (knitting, sewing, etc.) is now often an expensive hobby. Many middle class women have labor saving devices like washing machines as well as schools to send their kids to, so the housewife is home alone much of the time and her presence is not essential like it used to be. She spends much of her free time consuming or purchasing for the family, rather than producing for the family.

Thus begins the mass exodus of women into the labor market in the 1960’s. Betty Friedan captures the feelings of emptiness and uselessness of middle class American housewives in the 1950’s and 60’s in her book The Feminine Mystique.*

This story that Miles wove was fascinating to me since I spend part of my time as a stay at home mom (today’s euphemism for housewife).  I can absolutely see how stay at home moms might fall into patterns of focusing on consumption — walking around malls and stores is something you can often do somewhat easily with young kids to pass the time. And yet I also see many Mormon women (who are encouraged by Church leaders to stay home with kids if they can) managing to escape excessive patterns of consumption.  They have figured out ways to fill their days with purpose and production. Many are bloggers, photographers, writers, crafters, and community volunteers. Interestingly, many of the movers and shakers in the world of Mormon feminism are stay at home moms, who have the time and flexibility to organize, write, and work for change.  While I myself have some degree of angst about not contributing financially to my household, I do like the idea that there are stay at home moms out there who are figuring out new (and old) ways of creation and production.

*Friedan has been rightly critiqued for not addressing issues of race and class in her book. While many white middle class women experienced emptiness staying at home, many women of color and working class women were working hard to help support their families.