To Do Justice for Jordan Davis by Kelly Brown Douglas 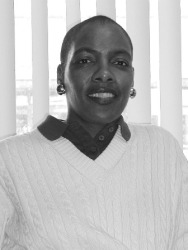 Theology is faith seeking understanding.  Faith is that ineffable, intangible spiritual apparatus that keeps us in relationship to a transcendent, infinite god. It is, for Christians, the core of their relationship with the god of Jesus Christ. Yet, as Karen Armstrong and others so often remind, faith is not about loyalty to a certain doctrine, or dogma, or set of beliefs, rather it is about a commitment and engagement in a certain way of “living, and moving and having one’s being” in the world.  As the word faith derives from the Greek word “pistis” it fundamentally signals not a way of thinking about who god is and god’s relationship to us, but a way behaving in light of our belief in and relationship to god.

Christian faith is grounded in the theological claim that god became incarnate in Jesus. Faith, in this regard, is not about an intractable and intolerant assertion of that theological claim; rather, it is about a sincere and consistent commitment to live into the implications of that claim. Put simply, “To keep the faith,” is not about holding onto a certain way of thinking, rather it is about maintaining a certain way of acting. The point of the matter is that for Jesus faith did not signal a preoccupation with belief per se.

When Jesus was calling people to faith, or telling them to have faith, he was not calling them to believe in him or in his divinity, rather he was asking them to be engaged in a particular way of living, to be committed to his mission in the world. Their loyalty, their trust was to be in the way of life which he embodied, a way of life that reflected the presence of god in the world. And so it is in appreciating the meaning of this word faith as Jesus used it, that I come to theological task on this day.

Inasmuch as theology is faith seeking understanding, the theological question is how we are to live out the meaning of our commitment, our relationship to the god of Jesus in any given time? Now admittedly, theological reflections and questions typically emerge during times of challenge, contradiction or crisis. It is indeed when the inscrutable, painful and puzzling realities in our world press in upon us, that theological reflection becomes an urgent matter.

As CNN contributor Tonyaa Weathersbee writes, it seemed that the jury “believed that the unarmed black teenager, Jordan Davis, was so scary, so profane that they couldn’t see the way to convict [the man who killed him] of murdering him.”  As a mother listening to this “non-verdict,” I immediately texted my son to make sure that he was in for the night and safely tucked away in his college dorm room. That he could be perceived as a threat for walking in the wrong place, wearing the wrong clothes, playing the wrong music too loudly, and be justifiably murdered for any of those reasons was too much for my mother’s heart to bear.  I could not rest that night until he texted back “Good night, I am in for the night.”

As a womanist theologian my soul has yet to find rest.  For what happened to Jordan Davis is a matter of faith. What is the meaning of faith in a world where young black male lives seem to mean so little and can be taken by the least provocation because their very embodied reality is a “threatening reality” to some? What does it mean to be committed and to follow the god of Jesus in such a “Stand Your Ground” time as this?  Inasmuch as to be a womanist is to “be committed to the survival and wholeness of entire people, male and female” (Alice Walker, In Search of Our Mother’s Garden 1983), then this is a question that cannot be ignored.  As long as the god of Jesus is a god of life, love and justice then this question is of utmost theological concern. And so I ask myself, how am I to understand the meaning of my faith in such a time when the lives of those like Jordan Davis are in such peril? Put simply, what, as a mother, as a womanist , as a person of faith, am I called to do?

I am called to do nothing less than to agitate for and instigate a world that is safe for all of our sons and daughters to grow up in. This means first and foremost interrogating this Stand Your Ground culture. We must come to understand what has given birth to it, what sustains it, and what it is really protecting.  In doing so, we must have the moral courage to engage in a true and honest conversation about race. Race does matter in this country. If we are to become a society where all of our children’s lives are valued and seen as sacred, where no child is seen as a threat just because of who they are, then we must confront the truth about race in this country and thus interrogate the privileged meaning of whiteness.

Now as I say this, it is important, very important to bear in mind that when I speak about whiteness, I am not talking about a people, or individuals.  What I am referring to is a culture that considers whiteness, in the words of lawyer and legal scholar, Cheryl Harris, “treasured property” that is to be protected socially, legally, economically and otherwise—at all cost. Whiteness signifies not a particular people, or the color of one’s skin, rather it signifies a culture in all of its cultural dimensions that serves to indeed “defend and protect” the “sanctity of whiteness” itself. This is a culture that provides a justifying canopy for the institutional, structural and systemic violence that perpetuates the economic, social and legal injustice that is so often defined by race, even as it mystifies the reality of racism in this country; it is a culture which, through its discursive and scientific productions, creates the illusion that the way things are, is not a result of a racialized social construction but rather is natural and rational, and thus the way things are supposed to be.

It is a culture that perpetuates, as Trayvon Martin’s mother describes, the “racial profiling and stereotypes [which] serve as the basis for illegitimate fear and the shooting and killing of young teenagers.”  This is a culture that does not permit black males teenagers to act like teenagers.  It is a culture that tolerates the taking of a promising black male life over a matter as trivial as “loud music.” This is a cultural that privileges whiteness, and in this regard, gives the benefit of the doubt to embodied whiteness in a way that it never would for embodied blackness.  In the words of womanist theologian Delores Williams, this culture sustains a “demonarchy” that preys on and destroys life.  White culture must be called out, interrogated in all of its historical and social manifestations, and dismantled. In the words of W.E. B. Dubious, “the wages of whiteness,” must be understood in all of its insidious complexity.  The matter of race must be confronted.

Recognizing that race matters, does not make one a racist. It is in ignoring the matter of race, that racism becomes a persistent reality. And so, at such a time as this, when we have become a society that has virtually made race a “taboo” subject, even while the shadow of race continues to distort our view of one another and our perceptions of justice, for womanist theologians  a searingly honest and forthright discourse on the matter of race is of  utmost theological concern.

Furthermore, if we are to move toward understanding our faith in such a time as this, then we must take seriously the pain of those who protest for justice. This means at least two things. It means moving in the world with empathy not entitlement. Instead of moving through the world as if we are entitled to life, liberty and happiness because of who we are, where we are born, or what we look like –as if somehow we are special while others are not– we are to move through the world with empathy. This means we are to allow ourselves to feel the suffering, the heartache, the hunger of others for life, liberty and happiness—for justice.

Humility is not about self-effacement, rather is about self-emptying, that is, emptying ourselves of a false sense of superiority, of importance, of privilege—this is hubris. Humility is about dethroning ourselves from the center of the world so that we can see others, be for others, and thus, see god and be for and with god.  Indeed, it is when we do this that we are a glimpse of god in the world.  It is with empathy and humility that we as Christians come closer to keeping the faith in the god of Jesus.

Womanists and feminists often proclaim god as mother.  To know god as mother is for us to see god in the face of Lucia McBath, Jordan Davis’s mother, as she asked for prayers for the slayer of her son, who would live his life in torment,  and as she proclaimed that she will get justice for Jordan.

I am often asked why I as a womanist spend so much time talking about the realities of black boys, when black girls should be my focus. As a womanist my focus is for a world where it is unacceptable for any of our children to be, as Jordan Davis’ father said, the “collateral damage” of the unfounded fears of others. As a womanist I am committed to creating a world that allows our black boys to grow into their potential and to become the kind of human beings that can be loving and respectful partners for our daughters and/or sons.  As womanist whose faith is seeking understanding, I am committed to the justice of god which is nothing less than a mother’s justice for her dead son.

Kelly Brown Douglas is Professor and Director of the Religion Program at Goucher College where she has held the Elizabeth Conolly Todd Distinguished Professorship. She was recently awarded The Goucher College Caroline Doebler Bruckerl Award for outstanding faculty achievement. Kelly is a leading voice in the development of a womanist theology, Essence magazine counts Douglas “among this country’s most distinguished religious thinkers, teachers, ministers, and counselors.”  She has published numerous essays and articles in national publications, and her books include The Black Christ, Sexuality and the Black Church, What’s Faith Got to Do With It?: Black Bodies/Christian Soul.  Black Bodies and the Black Church: A Blues Slant is her most recently released book (Palgrave Macmillan, Fall 2012). Kelly is also a priest in the Episcopal Church and has served as Associate Priest at Holy Comforter Episcopal Church in Washington D.C. for over 20 years.

Like Loading...
‹ MATRIARCHY: DARING TO USE THE “M” WORD by Carol P. Christ
Sex, Religion, and Discourse: An Interview with Judith Butler ›