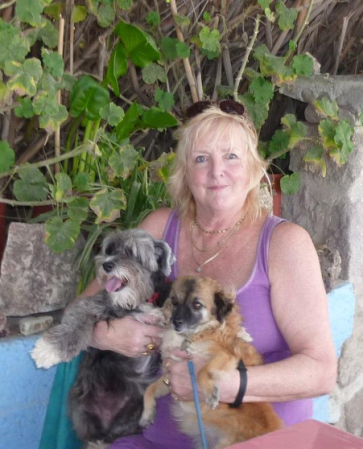 The suicide death of Robin Williams prompted me to reflect again on my own experience with depression and to share my story in the hope that it can help others.

In my twenties, thirties, and forties, I suffered severe intermittent depressions. My life in those days was a series of ups and downs. When I feel in love and was having good sex, I was in love with the world and could literally feel energy radiating from my body connecting it to the world. When I was dumped, the energy retreated, and I crawled into a dark hole of despair and self-pity from which there seemed to be no escape. In the in-between times, I carried on my life with neither the highs or the lows.

In recent days, a number of people have tried to describe what depression feels like. Here is what it felt like to me.

It was as if my mind had a single track on which were repeated a few deadly words: “No one loves me. No one will ever love me. I might as well die.” I could not erase the track or jump to another one. The words repeated themselves relentlessly in my mind.

Although I usually managed to get up and go to work during those times, these words were ever present: they would take over when my mind wandered on the bus or the subway and whenever I was alone. I could go through the motions of life, but I could not connect to the wellsprings of my creativity.

In the low times, I thought often about suicide. Indeed the words “I might as well die” encouraged them. Thoughts of my mother usually stopped me.

One time I decided to slit my wrists (slightly) to see if committing suicide would hurt. When I found that it didn’t, I immediately called two friends and asked them to take me to their home for the weekend.

When I was depressed, well-meaning friends told me that “this too will pass” and assured me that “you will find someone else.” I didn’t believe them. When I was in the place of depression those words did not help at all.

In therapy I learned that depression often masks enormous anger. Sometimes I screamed out my rage at my latest boyfriend in the confines of my apartment. But when the depression had taken hold, this did not help either.

I also tried all kinds of spells and divination to see “if our love was meant to be,” “to bring him back,” and “to find my true love.” None of this worked. (Readers of this blog who have wondered why I put little faith in divination and spells have their answer: not from lack of trying!)

Just as I was coming out of my last serious bout with depression, a friend who had suffered in similar ways told me that she had resorted to anti-depressant pills. She explained to me that the pills seemed to move her mind away from her depressing thoughts. When she felt stronger, she weaned herself off of them gradually. She said that she would go back to the pills if the depression came back. I was elated to learn that there was something that could work, and I filed this information in the back of my mind.

I don’t suffer from depression any more. Yes, life has its ups and downs, and I sometimes feel lonely or under-appreciated. I never did find “the right” man. But my disappointments no longer spiral down into depression and not wanting to live.

When my mother died, I felt the room fill with love. From that day to this I have never doubted that there is enough love to go around and that I am loved.

Thinking about the change that “happened” in my life, I can now say that I was suffering from an “error in thought.” I had equated “being loved” with finding my “true love.” In the process I was discounting all the many other forms of love in my life—including the love of my mother and grandmothers that had sustained my childhood years, and the love of friends, family, animals, plants, and the universe itself that continued to sustain it.

When, years earlier, I expressed my anger at God for not “saving” women from patriarchy, I heard the words: “In God is a woman like yourself. She shares your suffering.” These words inspired my journey to the Goddess.

But I needed to take another step.

I was still angry at the universe for not giving me what I wanted and thought I needed in my life. I was angry at Goddess because I thought She could make my life better and She was not doing it!

When I finally expressed my enormous anger to Her, I learned that I had been making the “theological error” of attributing omnipotence to Goddess. However She sympathized with my suffering, She did not have the power to “send my true love to me” when I poured out my heart to Her.

“The path you are on is not easy,” She said to me, “but I will be with you all the way.” Reflecting on those words, I understood that Her power is not omnipotence, but omnipresence, not power over, but power with.

So what advice would I give to those are in the throes of depression. (I am speaking here to those who suffer as I did from “garden variety” depression, not its more serious forms.)

• I would recommend getting in touch with the anger and sadness that underlies depression with the help of therapy, spirituality, family, and friends. A depressed person often feels that whatever underlies depression is too horrible to be faced. Yet there is nothing that cannot be faced “with help” from someone who can listen. However, this might have to wait until the depression has lifted.

• I would encourage exercise, singing, and dancing. Sometimes moving the body can also move the mind off the fixed track that leads to depression.

• I would suggest anti-depressant drugs not for the long-term, but for their short-term power to move the mind off a fixed track.

• After the depression has lifted, I would ask if “errors in thought” led to the conclusion that life is not worth living. I would urge them to open new tracks in their minds that lead to different conclusions—while they are healthy enough and strong enough to do so. Repeating a mantra like, “my true love is me,” “life is worth living,” or “life is a gift” just might help.

• I would also ask them to examine their “theology”–even if they think they don’t have one. Feelings that “God” could make things right, but in “this particular case” chooses not to, are one of the pathways to depression.

• I would urge them to be open to miracles.

Carol is looking forward to the fall Goddess Pilgrimage to Crete–$150 discount for the next two women to sign up for the fall 2014 tour–www.goddessariadne.org.  Carol can be heard in a recent interviews on Voices of the Sacred Feminine, Goddess Alive Radio, and Voices of Women.  Carol is a founding voice in feminism and religion and Goddess spirituality. Her books include She Who Changes and Rebirth of the Goddess and with Judith Plaskow, the widely-used anthologies Womanspirit Rising and Weaving the Visions.  Follow Carol on GoddessCrete on Twitter.

Like Loading...
‹ Seeing the Humanity in the Inner Child by Jameelah X. Medina
Random Email Blues #2 by Kecia Ali ›