Home › abuse › How Do You Honor Your Parents, When They Do Not Always Honor You? by Karen Hernandez

How Do You Honor Your Parents, When They Do Not Always Honor You? by Karen Hernandez 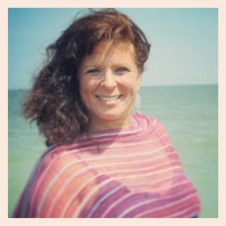 God commands it – Honor your mother and your father.

I believe God passed down this commandment with the meaning that when you do honor your parents, you are honoring God, because, after all, God is our ultimate parent, considered “Father,” to many.

Throughout my life I have continually found myself in this position and asking these very questions. Especially when the months of May and June come around every year – Mother’s and Father’s Day.

In my piece published in Feminism and Religion a year ago, Where is God in Abusive Relationships? I mention my abusive childhood in passing. The fact is, abuse never just passes. It, as with any violent relationship, defines you – past, present, and future.

My childhood was extremely violent. A mother who was mentally ill and physically abusive to both my sister and me, and as well as to my father, we lived in what many might call, hell.  My sister, who is 6 years older than I, recently revealed to me that she, at age 7 or so, would rush home from school, worried she might not find me alive anymore.

Sometimes, in the middle of the night, I would lie motionless in bed, listening to my parent’s voices get louder and louder, until they would come barreling out of their bedroom. I would tightly close my eyes, as if that would block out the horrible sounds  –  the grunting, my mother wailing on my father, hitting the walls with their bodies, pictures falling down, sometimes spilling into my room, and then out again, and my father, holding off my mother’s blows until all was calm again.

I would lay there, praying, not really knowing what to ask for, but sometimes asking God to just make them stop. It would. For a while. And then, eventually, it would start all over again.

A blessing and horrible for me at the same time, my mother left my father and I when I was in 7th grade and from that point on, I basically raised myself. My father was not present – physically, nor mentally, nor emotionally. As wonderful as it was to no longer have to walk around corners on guard that my mom might be there to attack me, at the tender age of 13, having your mother leave, regardless of how tumultuous the household is, was devastating.

For years I struggled. I was so lonely, so lost, so angry, and in so much pain, by the time I got to be a senior in high school, I was out of control. Falling behind in school, I awoke one day and thought, I am done. I could only control that aspect of my life at the time – school – so I walked into the main office that day and dropped out.

My wish that things would get better at that point failed and at age 19, I was suicidal and at one point, I tried to end my life.

Fast forward thirty years later, I turn around sometimes to view my path and wonder how I am here today.

Simply put, I am resilient.

As a living statistic of the effects of domestic violence within families, I am living proof of how domestic violence can affect a child. I fall into many statistical categories of growing up in an abusive home, even including a slight learning disability that I never knew I had until I went back to school years later.

I look back on those years as incredibly difficult, but also, as years that shaped me into the whole, sometimes broken, human being I am today. Although I am a “runner” and my fight or flight kicks in faster than you can blink, I have done a lot of therapy to understand those years – to come to terms with parents who not only did not honor me, but hurt me, physically, emotionally and mentally. I have reached a plateau of forgiveness. This, admittedly, was not easy.

Although I am divorced, I credit much of my peaceful attitude and successful positive survivor mentality to a husband who stood by me and loved me unconditionally as I sorted my past out. I also credit my child – a child I chose not to hurt.

Abuse is a choice. I chose not to harm. I broke the cycle.

To be continued tomorrow…

Karen is a Theologian with a focus in Christian-Muslim Understanding, as well as religious fundamentalism and extremism. Karen is the only theologian who is a Latina and a United Methodist, doing this type of theological work in the USA. She has published with several media outlets including Feminism and Religion, the Women’s United Nations Report Network, The Journal of Inter-Religious Dialogue/Studies, and she is the only Christian to publish an ongoing Op-Ed Column with OnIslam out of Cairo, Egypt. Karen lives in San Francisco, where she is currently designing an Interfaith Dialogue Workshop for Meadville Lombard Theological School in Chicago. She is an Ambassador with Parliament of the World’s Religions, and she also does Domestic Violence Faith Advocacy work across the US.

Like Loading...
‹ Women Fighting Patriarchy … Against Each Other by Vanessa Rivera de la Fuente
How Do You Honor Your Parents, When They Do Not Always Honor You? (Part 2) by Karen Hernandez ›