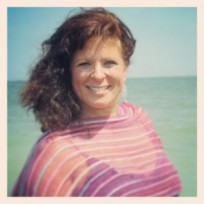 It’s not just about this one act of violence.

It is horrific, there is no doubt, and I am in no way belittling this act of terror, but, I am always perplexed when these things happen, and how it turns into something so horrible that we forget how many children die every day around the world from other things, including terror.

Just yesterday, dozens of toddlers drowned off the coast of Libya.

One can easily find the statistics (which do vary) – an estimated 19,000 children die every day around the world due to effects of malnutrition and disease mostly in non-descript villages. Many of these young children die alone – they are unseen and forgotten.

Our children are dying at the hands of police officers.

Four to seven children die every day in the United States at the hands of their own parents.

It is difficult to find accurate numbers, but it’s estimated that a total of at least 150,000 children have died in Iraq since 2003, and in Syria since 2011.

A record number of children were killed last year in Afghanistan.

Pakistani children have also paid with their lives in drone strikes.

No one knows exactly how many Latino children die every year trying to cross over the US border through the desert.

The targeting of children anywhere is especially heinous. What happened in Manchester is stunning, horrible, outrageous and indescribable. However, we didn’t just fail these young people and their parents in Manchester, we are failing our children everywhere in the world.

I have to ask this tough question – why is it when Western children die in something horrible, there is worldwide outrage? Yet, when a Muslim child, or a child of color dies in an equally horrific way, by a US bomb, or drone strike, or simply of hunger or disease, the outcry isn’t worldwide? There is truth in this question, whether you’re willing to admit it or not. Western children and people in the West in general, are mourned more openly, with more thoughtfulness, than our children of color elsewhere in the world.

Before you say I am heartless or I am racist toward whites, hold on. There is no doubt that those who died in Manchester are just as worthy as everyone else. My point is – the black, brown, African, Hindu, Indonesian, Indigenous, and Muslim children that die every day around the world, are just as worthy and in need of acknowledgement as the Manchester victims.

No child should be considered less holy due to skin color, religion, or, our lack of humanity.

I end in frustration at the world’s ability to compartmentalize, to distinguish who is more important and who deserves a more sacred response. And in the meantime, we will continue to let our children be trafficked. Killed by their parents. Killed by each other. Killed by police officers. Killed by drones. Wars. Hunger. Disease. And yes, terror.

It’s about more than just the Ariana Grande concert. So much more.

Karen Leslie Hernandez is a Theologian and interfaith activist. With a focus in Christian-Muslim Understanding, as well as religious fundamentalism and extremism, Karen is the only theologian who is a Latina and a United Methodist, doing this type of theological work in the US. She has published with several media outlets including the Women’s United Nations Report Network, The Journal of Inter-Religious Dialogue/Studies, the Interfaith Observer, and she is the only Christian to publish an ongoing Op-Ed Column with OnIslam out of Cairo, Egypt. She also teaches and most recently designed and taught an Interfaith Dialogue workshop with Meadville Lombard Theological School in Chicago. Karen currently lives in San Francisco and she is pursuing her Doctor of Ministry with Claremont School of Theology. She is a consultant with the United Religions Initiative, is an Ambassador with Parliament of the World’s Religions, is a Domestic Violence Advocate, and she tutors women in prison.