Home › abuse › Why Not Me? by Marcia Mount Shoop

Why Not Me? by Marcia Mount Shoop 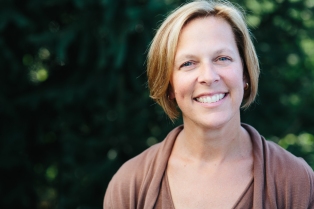 My “me too” went out for all to see way before Facebook existed, way before there were hash tags and internet pages for unveiling our secrets to the world. In all the years that have passed since I first spoke publicly and published about my experiences with sexual violence, there has been a steady stream of people (mostly, but not all, women) who have come to me with their #metoo.

Survivors tend to hold lots of secrets—they become heavier with time and the more the secrets stay secret, the more power they have to distort and rupture and isolate. I held mine for many years and I planned on never telling anyone. But, those memories began to disrupt my life more and more—and finally they had to come out. That was the only way I could ever be free, that is the only way I could truly be alive.

My secrecy was fed by the mythologies I believed about my womanhood in the cultures that were forming me (church and academy to name two). These cultures and others that formed me told me that sexual violence was not the norm. These cultures told me that misogyny was not tolerated in our society and that women can do whatever we want in the world. Those are important narratives and I believed them. Those mythologies meant that I was not ready for what happened to me. I was, in fact, not even aware that what happened to me was possible.

Once my secrets were out, I was set free from those mythologies and from my isolation and delusion that I was the only one. I was set free to heal in the places I needed it the most.

Saying it out loud regenerated my body, my soul, and my ability to connect with other people and with the world in deep and profound ways. I was languishing while my secrets were hidden away. Once I used them for a healing purpose, those same secrets and memories have given me a way to find my way back to integrity and vitality again and again. I pray that the “me too” wave is regenerating and healing for all those who finally said it out loud.

And saying it out loud helped me to learn the truth: that I am not the only one, by any stretch. In fact, I live in a society where what happened to me is statistically common enough to call it part of what normalcy is in my culture. What happened to me was not outside the range of normal for, dare I say it, most women (and many men) in the cultures that have formed me.

Some people have expressed shock to me that so many “me toos” are flooding social media platforms. The growing chorus does not surprise me, and I know there are more where those voices came from, too. I didn’t add my “me too” to that chorus for reasons that have been complicated for even me to understand.

There may be a “been there, done that” part to it for me. There is another part of me that is weary from all the years of being a truth-teller, and I feel like giving other people a turn. And then there is another part of me that is frustrated with the shock factor that #metoo has elicited in people. Why are we still surprised that misogyny, patriarchy, and white supremacy are embedded in our institutions, in our relationships, and in the way power gets used and abused in our country? Why is there still a shock factor when something is so damn normal?

Maybe I am jaded by all the years of my secrets being out and seeing how little things change. The country I call home and the cultures that continue to form me remain tenuous places for people who do not fit the hetero-masculine white norms that are still hell bent on being dominant.

But, I don’t think that being jaded is what kept me from reprising my #metoo. I don’t feel jaded, I feel seasoned. I also feel hopeful and grateful. I am a firm believer in the power we have to heal. It is deep within us, it is pulsing between us. And the truth really does set us free.

So instead of #metoo, how about this for truth: #WhyNotMe? That says it all. We live in a society that uses words to condemn sexual violence and white supremacy and homophobia, but those words conceal a deeper place of authorization of these habits of mind and relationship.

Maybe if we all admitted how such dominating ways of being together distort our common humanity then things really would start to shift. Maybe if we all had the courage to tell the truth about our vulnerability then we could begin to hold each other more gently. And violence toward bodies for just being themselves would become an artifact of a past we learn and grow from together—and all the me’s can become we after all.

Marcia Mount Shoop is an author, theologian, and minister. She is the Pastor/Head of Staff at Grace Covenant Presbyterian Church, Asheville, NC. Her newest book, released from Cascade Books in October 2015, is A Body Broken, A Body Betrayed: Race, Memory, and Eucharist in White-Dominant Churches, co-authored with Mary McClintock Fulkerson. Marcia is also the author of Let the Bones Dance: Embodiment and the Body of Christ (WJKP, 2010) and Touchdowns for Jesus and Other Signs of Apocalypse: Lifting the Veil on Big-Time Sports (Cascade, 2014).  Find out more at www.marciamountshoop.com

Like Loading...
‹ “There She Goes Again”: Speaking about Art and Sexual Violence by Carol P. Christ
At the Altar of the Muses by Natalie Weaver ›