Academics and Activism by Ivy Helman

Two weeks ago, I spoke at a conference entitled “The Role of Academia and Religious Leaders in Relation to Refugees and the ‘Refugee Crisis,’” in Bratislava, Slovakia.  One of the main questions of the conference was: what role do academics play in the refugee crisis?  Are academics activists?  Many conference presenters and attendees directly linked the two ideas.  However, there were some who voiced their concern as to how in-touch academics actually are with reality and surmised that because of this academics probably weren’t activists. Wait!  What?  How can we not be activists?

On the way to the first night’s dinner, I had a conversation with someone who did not see academics as activists.  Why?  The response I got was that academic research functioned in a way that was largely inaccessible to the public and therefore academic work, academic participation in conferences as well as publishing was, for lack of a better word, unrealistic and impractical.  It would seem that some people are quite convinced that most academics are quite content being situated in that proverbial ivory tower.

I, on the other hand, am not.  How are academics not activists?  I consider my academic work to be activism.  For example, teaching is a form of activism, especially in religion and feminism.  If what I do (at least most of it) isn’t accessible, what is the point of academic inquiry?  I write for this blog, which I consider both academic work and activism.  Surely, academic work impacts or could potentially impact society, hopefully in profound ways.

Life in an ivory tower would only serve to distance one’s self from activism.  Why do such a thing?  Then the answer came to me: privilege.  One can afford to step back.  One can choose to work in the ivory tower glancing down at the people below.  One’s life and one’s position in it are secure, and 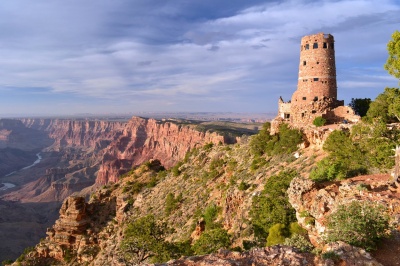 one has the time and the space to explore eccentricities, minute nuances and obscure notions.  And, one could spend one’s life doing such without any significant need to behave differently.  The subjects of study will continue to be there.  There is plenty of academic fodder.

To me that is counterproductive.  Working in academia at the intersection of religion, feminism and (in this case) refugees, especially in Europe, demands education, activism, advocacy, empowerment and so much more.  There cannot and should not be any sort of tower when one’s goal is to make one’s own job obsolete.  That’s definitely one of my goals at the intersection of religion and feminism: to not be needed anymore!  Unfortunately, we are not there yet.

When it was my time to present, I started my presentation very differently than I had planned.  I began, “I consider myself an activist.  As a woman, as a Jewish woman, as a feminist, how can I not be an activist?  It’s impossible.  In addition, can I afford not to be?  If I don’t speak, who will?  And, finally, why would I want to distance myself as an academic from activism?  As a feminist, it doesn’t make sense.”

I truly believe that activism is essential.  We have to stand up and fight for the world we want.  We have to give voice to the voice-less, empower the powerless and acknowledge as well as challenge privilege every time we encounter it!  While it’s easier to plant oneself high-up in an ivory tower that is comfortable, warm and secure and, once there, stay inside, that’s not living!  That’s not justice.  That’s nothing more than apathy, complacency and heaps and heaps of privilege along the way.  If we are truly committed to change, education, empowerment, justice, equality and flourishing, we can’t stay put.  Tear down the tower!

As I said later in my presentation when discussing Jewish perspectives on refugees and action, “G-d has told you, O human, what is good, and what the L-rd demands of you; but to do justice, to love loving-kindness, and to walk humbly with your G-d,” (Micah 6:8). Life in an ivory tower does not meet those requirements.  Even if we’d like nothing better than to stay put, we can’t.  We have to come down.  And, we have to tear the tower down.  Why don’t you join us?  We could use the help!

Like Loading...
‹ Holy Women Icons Bearing the Light of Advent by Angela Yarber
Asking for Help by Carol P. Christ ›