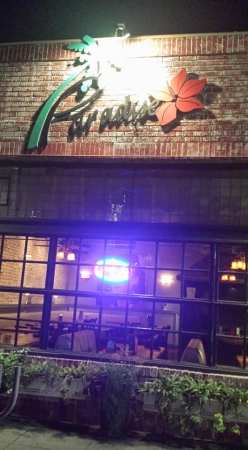 It’s where I went when I wanted to be around other gay people when John Kerry debated George Bush in 2004 for the presidency. I had just moved to Long Beach from Los Angeles and I was still figuring out the city. I didn’t have access to the debate on my TV at home, and I needed to see it. The bartender turned it on for me and we all gathered around and watched. By we all, I mean the gay men and lesbians who frequented that corner café and bar.

I remember laughing so hard that day when someone in the bar said what I still love as a quote, “John Kerry: Bring complete sentences back to the White House.”

Later when I met my girlfriend, who would become my wife, we were living a few blocks apart and in the middle of those few blocks was The Paradise Café. We didn’t have access to the lesbian TV series smash The L-Word. We often went to the Paradise and guilted them into turning it on. We’d sit at the bar with French fries, which to this day I think are the best fries in Long Beach, and watch The L-Word, chiding a lot of gay men around us that they needed to watch to and catch up on this “amazing show!!”

It was where I went, where tons of us went after gay marriage was declared legal in California. I went in with a friend of mine, Carolyn Weathers, who is the cover girl on my book, Baby, You Are My Religion: Women, Gay Bars, and Theology Before Stonewall (BYAMR).

Carolyn was the first lesbian on television and marched in the first Los Angeles gay pride parade. I walked into the bar that night, the night that  we as gay people finally got to get married. I held her hand high and yelled, “This woman marched in the first pride parade in LA! If not for her, none of us get to get married today!!” Promptly a straight ally hanging out in the café sent two bottles of champagne to our table, courtesy of him because he, “…inherited some money and I want to spend it right.” 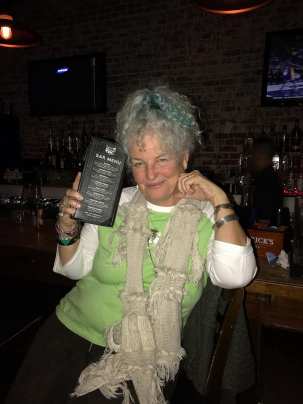 We ended the Dyke Marches there. We ended queer film festivals there. We went there because it was a bona fide, not just bar, but also restaurant. We met there, hung out there, had dates there.

“…If these walls could talk,” I said to a friend on closing night.

She replied, with a twinkle in her eyes, “Thank God they can’t!”

And now it is closing—after thirty years.  The oldest piano bar in Long beach with gay vibrancy, it also had a rare diversity—so crucial to a gay community decimated by AIDS. The Paradise Café was frequented by folks from their 20s through who knows? Their 80s? Maybe—but always when I went there I felt the age diversity and felt I really was in “community,” not a part of the community, but community that could welcome folks in, and give them room to age.

Now it’s closing and is being taken over by straight owners, who have no comment yet on whether they are going to keep it gay focused. But, the word is that they will not. That it will be modeled after famous bars in LA that the owners have run before—such as the infamous Viper Room. QNews reporter Phillip Zonkel, put it succinctly, “Long Beach’s gayborhood has lost one of its landmark establishments, and it will be replaced by a watering hole that caters to a straight crowd.” The new owners run a bar in Hollywood that caters to straight skateboarders—and that is what it appears to be will happen in Long Beach.  This is quite a departure from what this bar was, and has been, “…it was more than a restaurant-bar. It hosted numerous group meetings and AIDS fundraisers as well as the Log Beach Teams Project, which helped prevent gay bashing in the 1990s.”

This is part of what I wrote about in BYAMR. Not just the closure of gay establishments, but the disregard for the important part they play, and continue to play in our communities. Gay bars were more than bars. They were community centers, meeting places, churches for those exiled from all other spaces. Are we really at the point where as Paradise former owner (Barber) says, it isn’t important to have a gay bar space? 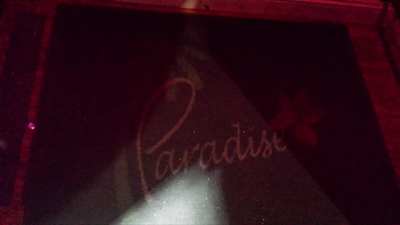 “It’s kind of silly…Years ago, I used to feel the need to go to a gay restaurant to hold hands. Now, you can do that anywhere.

“We still have five more gay bars on the street,” Barber said. “I think everyone will be fine.”

And the new owners don’t think it matters if the bar “goes straight.” They look forward to serving all “members of the community equally,” to quote them from a recent article.

Hmmm…. the closing night of Musical Monday I saw a butch woman (with a skateboard!) wail out “Me and Bobby McGee.” I saw a 7” man in a leather biker jacket, glasses and lots of grey hair sing plaintively a love song that made him and everyone in the bar cry.

A guy next to me said he loved, “Angry Lesbians from the 80s.” I said I was one. Another grabbed my hand for a quick salsa. 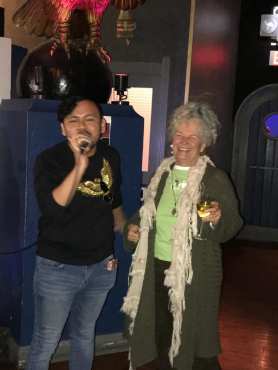 The next night, closing night, I went in order to write this blog and to celebrate the end of an era. After all the writing I have done about gay bars, I’ve never been there when one actually closed—the very last night. I made fast friends with people I have never met and may never meet again. I met old friends. We told stories of illicit encounters in the restaurant booths—and of course in the women’s room. We told of political victories celebrated and political challenges mourned. We were diverse in age, race, gender and sexual expression—but we were celebrating being gay.

I feel the same about LGBTQ+ lives. We should matter as much as straight lives, but we don’t yet. Gay people can still be fired for being gay. And the current administration would like to take away the right of gays to marry.

Place is sacred writes Robert Sheldrake in Spaces for the Sacred, a book I used heavily to write  BYAMR, where I declared lesbian bars as “cauldrons of possibility” for lesbian identity. We hope to move through space, landing somewhere where we can have place, a recognizable place where we move forward with each other with shared history. As embodied beings, if we don’t find a place for ourselves we can’t have shared community, and history.

As I argue in BYAMR the cultures from the 40s through the 80s were in radical need of these public spaces—as there was no other public space for the gay community prior to 1970, then the gay bar.

Do we still need it? I asked the DJ to play “Last Dance” as the last song—and he did. My friend and I had the last drink they will ever serve at the bar. I felt melancholy, nostalgic and grateful.

Earlier I had met a young African American male who told me he had just come out. He said, this bar, the Paradise, was his home bar and where he was “figuring himself out.” He said “I must be a 90s gay. I love this place. The piano bar. The people. I just get myself here. I don’t know where I’m gonna go after this.”

I agree my friend.

Like Loading...
‹ Ever Wonder Why? By Karen Leslie Hernandez
Elen of the Ways and the Antlered Goddess (Part 2 of 2) by Deanne Quarrie ›