Home › Christianity › …and The Pub Church, Boston was Born by Xochitl Alvizo

…and The Pub Church, Boston was Born by Xochitl Alvizo 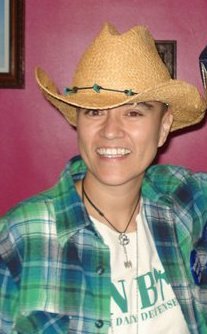 The question arising among a group of friends gathering for fish and chips on Fridays – why can’t church be more like this? – was the clarion call that sparked the birth of The Pub Church, Boston. This was the fumbling out of which pub church began: the reality that church had been the opposite of embodied Good News in many people’s lives, and the glimpse, the experience, that it could be otherwise.

Birth: Some of how pub church was formed was in direct response to people’s past negative experiences with church and Christianity, but much was also shaped by the “good news” people experienced at the weekly Friday gathering for fish and chips at the local pub. There, people experienced a weekly gathering in which all were invited to gather around the table, express themselves without fear of judgement, and, perhaps more importantly, experience the merry sharing of food and drink!

This, the sharing of food and drink, became the foundation for what pub church would become. Food made it possible to feel more at home, to create a relaxed environment, inspire conversation, and satisfy a need. Being at the pub with access to food and drink created an organic way to share and make new connections with one another. It facilitated the act of inviting and treating someone to a beer or to share fish and chips or a slice of pizza, often with a newly met friend. People got to know one another. Over a beer, new friends would end up sharing about the rough week they had, their past or current sorrows, or sharing a good laugh about something mundane and fun.

There was a jukebox we could all “fight” over, trying to beat someone to get to play our own song before they got to play theirs. Of course, communal songs emerged and we ended up all loving (or tolerating) songs that became group favorites – sometimes joining in to all sing aloud like crazy people. It was fun. We had fun, enjoyed one another, and were always extending the invitation for others to join us. These, and the fact that it was a weekly routine occurrence, were the elements that inspired someone to ponder, “Why can’t church be more like this?” These shared weekly experiences at the pub formed the foundation out of which the pub church was born, entirely unintended.

And so, it did feel a little bit like magic. It was in the context of a randomly developing community that a new experience of the possibility of church emerged. And because I’m here talking about church and Christianity, fumbling is not what people expect to hear regarding the start of The Pub Church. Fumbling does not seem to be what one is allowed to do when it comes to starting something new. Further, typical Christian practices of liturgy, preaching, communion, and even praying, are so often quite scripted. One does not randomly “happen” upon them, but usually very systematically creates them. That is usually what people expect to hear when they invite me to talk about the pub church, its founding, its form, and its liturgy, a well thought out, organized, step-by-step plan emerging from a carefully considered proposal and needs assessment. Luckily, I’m always happy to disappoint.

The founding of the pub church was a scary, tentative process – one that none of us anticipated or expected to take part in – it was, effectively, an experiment. The experiment lasted nine years and was beautifully put to death when its time came. It did take a structured form, but it was a form collectively created and shaped, by any and all who were present, that was always in process, and its process did one day come to an end, and it was an honorable death.

This was the poem we read at the liturgy that commemorated its birth, and repeated at the commemoration of its death:

Rise up, child of earth*
Let life rise up in you,
full-term, new-born.
Time enough in wondrous darkness,
Echoed sounds of voices, stirrings,
splashings of new life.
Relinquish to memory this one mystery
we yearn to know and will again
in after-death.
So much latent
still to rise
Until our rising lifts us to a depth
that questions every truth
we’ve ever known.

Blessed be indeed! – I’ll leave you with this for now and tell you more about what happened in between its birth and its death, and the pub church’s feminist ways, in the next installment of this series.

Like Loading...
‹ Updating our Fairy Tales by Anjeanette LeBoeuf
The Hershee Bar: Saving A Lesbian Sacred Place (while there is still one left) by Marie Cartier (Part I) ›