We are now more than a week into Asian Pacific American Heritage Month. Since it’s not always clear to me what is generally known (or not known) about Asian Americans, let me test out a few things here.

…that the month of May was originally chosen to mark the first wave of Japanese immigrants to the U.S. (May 7, 1843) as well as the anniversary of completion of the transcontinental railroad on May 10, 1869–a milestone only possible because of large scores of Chinese immigrant labor?

…that the U.S. Asian population grew 72% between 2000 and 2015 (from 11.9 million to 20.4 million)— the fastest rate of growth of any major racial-ethnic group? Given this rate, Asians are projected to surpass Hispanics in 2055 as the largest immigrant group in the U.S. (i.e., they will comprise 38% of all U.S. immigrants, while Hispanics will make up 31% of the total immigrant population).

…that the largest Asian ethnicities represented in the U.S. are Chinese (except Taiwanese), Indian, Filipino, Vietnamese, and Korean, though the U.S. Census collects data from more than 14 other groups?

Of special interest to me is how API women are faring. In the past two weeks, my social media newsfeed has been ablaze with heated discussions about cultural appropriation and its affect on API women (after a white teenager wore a traditional red Chinese qipao to her prom and after Whole Foods announced a partnership with a restaurant called “Yellow Fever” founded by a Korean American.

Yep, that happened.  But… 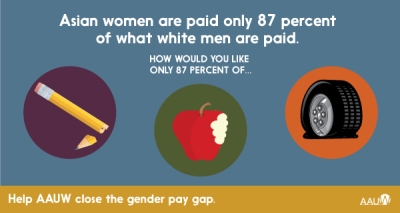 Those statistics alone should reveal the importance of keeping the data disaggregated and not relying on “model minority” myths of uniform success.

One organization that’s helped me keep up with issues I care about is the National Asian Pacific American Women’s Forum (NAPAWF). Their advocacy worked is focused around three core issues: (1) reproductive health and rights, (2) economic justice, and (3) human rights.

Check them out if you haven’t already. You’ll learn, for example, how sex-selective abortion bans in the U.S. have the veneer of protecting girls/women, but are really “wolves in sheep’s clothing” and are fueled by both racist and empirically unfounded stereotypes.

What have you done or what will you to do to celebrate Asian Pacific American Heritage Month in your own way?

Grace Yia-Hei Kao is Associate Professor of Ethics and Co-Director of the Center for Sexuality, Gender, and Religion at Claremont School of Theology. She is the author of Grounding Human Rights in a Pluralist World (Georgetown University Press, 2011) and co-editor, with Ilsup Ahn, of Asian American Christian Ethics (Baylor University Press, 2015). She has a forthcoming anthology (co-edited with Rebecca Todd Peters) entitled Encountering the Sacred: Feminist Reflections on Women’s Lives, and is slated to be published by with T&T Clark in the Fall 2018. Learn more about her and her work on her personal website.

Like Loading...
‹ How “Egalitarian Matriarchy” Works among the Minangkabau of West Sumatra by Carol P. Christ
Querying in the Context of Religion and Science by Sara Wright ›