I saw an interesting headline the other day entitled: “Olympic Gymnast Hits Back at Body-Shaming.” I immediately thought, “Wow not again.” The fact that body-shaming is even an expression is a disheartening commentary on the society we live in today. Women’s bodies have long been the subject of casual objectification in our culture and in the media. The fact that people think it’s ok to comment on a woman’s body, in whatever fashion pleases them, blows my mind. Not only is it disrespectful, but it comes from the problematic way society equates a woman’s worth with her beauty.

People have diverse ideas of beauty, and different cultures value different physical qualities, but this does not mean that those who don’t live up to the ideal should be shamed. In the article, Gymnast Aly Raisman relates an experience at an airport where a female employee recognized her and mentioned one of the reasons was “because of her muscles.” A male colleague then stated “Muscles? I don’t see any muscles” and “continued to stare” making Raisman feel uncomfortable. She then took to twitter to relay the events stating: “I work very hard to be healthy and fit. The fact that a man thinks he can judge my arms pisses me off.  I am so sick of this judgmental generation.”

Unfortunately, this experience is not uncommon, even if we’re not all Olympic gymnasts with great biceps. I don’t want to generalize, but I’m pretty sure if you asked, every woman you talked to would tell you at least one story where a male made her incredibly uncomfortable by commenting about her body or staring at her. For example, I had a very uncomfortable experience when a young intern working for a state senator stared at my chest the entire time we talked about the application process instead of meeting my eyes. Needless to say, I didn’t apply. Men, don’t get me wrong here, I’m not saying that you can no longer look around because you may see a woman and make her uncomfortable. You don’t have to wear blinders to Starbucks or stare at the ground in the airport, but please keep in mind when you look at us like a piece of meat (or stare at our boobs for five minutes straight), we notice, and can feel a plethora of feelings from disgust to belittlement to fear. 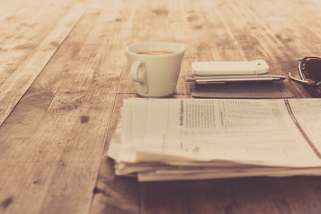 The way society teaches us about the female body as a commodity to consume is incredibly different than evangelical or other conservative Christian religious teachings about the female body. Instead of teaching respect for a woman, they teach fear of her body and denial of the self. Rigorous teachings of purity taught to our young girls and boys in church include the fundamental fact that what you see can make you sin. For example, a boy seeing a woman wearing a low-cut top may make him lust after her which equals sin. It is continuously harped on that we must be ever-vigilant against lust because it removes us from our relationship from God. While this teaching is founded in the Bible, I think it’s taken a little out of context and incredibly warped.  I’ll talk about that more in a different post.

Then they come to church and learn their sexuality is synonymous with sin and they practically have to lock it in a box and can only let it out on the night of their wedding. This expectation is next to impossible to live up to and leads to feelings of immense guilt, loss of control, anger, and fear of a female’s body. Now combine this with the society we live in and how women are portrayed in the media as oversexualized little dolls made for pleasure and male consumption. This makes for a toxic combination of confusion, pressure, and rebellion.

So how do we combat this conundrum of a society that views females as sexual objects to consume, faulty teaching in the church, and unhappy women who are being catcalled, stared at, and worse? I don’t have all the answers, but I think education through positive relationship building is a good start. We are addressing deeply rooted thinking within society. It’s up to us as feminists to share this in a way that convinces others this is important, and doesn’t shut down conversation, but keeps them going. A tall order, but worthwhile work don’t you think?

Sarah Kiefer is graduating with her undergraduate degree as a psychology major with a pre-law concentration and minor in women’s studies in 2017. She has accepted a full ride scholarship to law school and is expecting to pursue prosecutorial work. Outside of the classroom, she serves as a Resident Assistant, plays on the championship lacrosse team, and also serves as president of Women’s Circle—the feminist student group that she helped to establish and for which she continues to lead discussion and events.