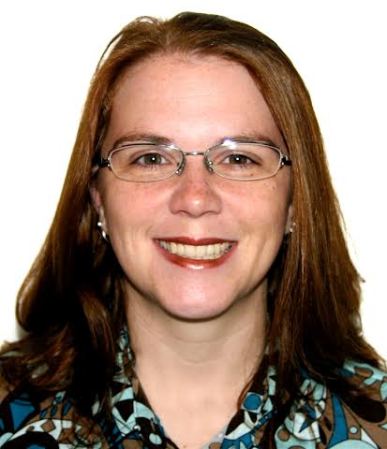 Last year I got my ashes at the airport. As I sat in that airport chapel, I halfheartedly listened to a (mostly terrible) litany that was proclaimed in between announcements for gate changes. I was leaving for another campus interview after having been home for only 24 hours since the previous one. The Christian season of Lent came during a time of stress and chaos in my life. That year, when I contemplated what I might give up for Lent, I could think of nothing. So much had been taken away that I had nothing left to give.

The season of Lent is often linked with the idea of sacrifice. Some people fast, others give up a favorite vice or a favorite food. As a feminist theologian, I spend a great deal of time thinking about the idea of sacrifice. I wonder how women who consider themselves part of Christian churches can be asked to sacrifice when we have already given away too much. Too often, our labor is welcomed but our voices are silenced. As a Baptist theologian and ordained minister who has sojourned in Catholic universities, I’ve felt this in my own tradition and in traditions that are not my own.

The stress and chaos of last year’s Lenten season came at least partially as a result of the friction between feminist theologians and the church. I lost my tenure-track position after being told to tone down the feminist theology in the classroom. I found out that I had been banned by the archdiocese from teaching archdiocese-funded students. I was never told why I was banned – I only learned this from students who were no longer allowed to take my classes. I was caught in the midst of an institutional shift that was bigger than even this friction. I joined a pastoral studies faculty of 13 people that was reduced to 3 only two years later. Tenured male faculty who protested these changes were offered early retirement packages, but the women, who had neither tenure nor security, left with nothing.

This year, as I received my ashes, I remembered last year’s ashes. Airport ashes. Ashes given to someone stuck in between places, someone who had nothing left to give. This year, I find myself in a better place. While I did not find a new institutional home (that felt secure enough to merit moving my family across the country), I am grateful for teaching and research that is meaningful and important and for a local church where I have a voice. I am grateful to have enough abundance to consider again what it means to sacrifice, rather than to lament being sacrificed for the sake of someone else’s ideology.

Feminist theology was born out of a discussion on the meaning of sacrifice. As Valerie Saiving Goldstein responded to the work of Reinhold Niebuhr and Anders Nygren in the 1960’s, she argued that the sin of women was not the sin of pride, but of self-abnegation. Women gave up too much, she argued, and Christian theology was being irresponsible in giving them a model of agape love that asked them to sacrifice even more of themselves. In my own writing and research I have joined the many feminist voices that have been critical of the ways in which religion asks women to sacrifice themselves. Yet at the same time, I have also wondered if there is a time and a place where sacrifice is appropriate.

What I have come to is this: It is only out of our abundance and toward God’s abundance that we can sacrifice ourselves. While sacrifice can rightly be called a Christian discipline, so is the call to live abundant lives that honor the human flourishing of all creation. Sacrifice – for religious or personal reasons – can be an act of agency, but only when it does not profoundly disrupt the care we are called to give to ourselves.

Sacrifice, like any other action can be moral or immoral – just or unjust. Sacrifice can only be considered a just and moral option for those on the margins when it opens space for mutuality in our relationships with ourselves and with others. In my fieldwork in Tanzania with women living with HIV and AIDS, I learned that we must make a clear distinction between a sacrifice that promotes agency (such as caring for one’s children) and women being sacrificed for the sake of something or someone else. This means that in a church that sacrifices and silences women, sacrifice is likely not a moral option. In the same way, in a society that devalues women’s work, sacrifice is unjust if it stems from expectations surrounding gender.

With this said, when we find ourselves in spaces of abundance, where our gifts are valued and our voices are welcomed; when we live and breath in places where our sacrifice will be received with mutuality, then we can take this abundance and consider what sacrifice we might make to create a more just world. Or at least those were my thoughts this year when I got my ashes.

Melissa Browning is a community-based researcher who works at the intersection of public theology and public health. Her recent book, Risky Marriage: HIV and Intimate Relationships in Tanzania, focuses on the ways in which marriage is an HIV and AIDS risk factor for women in East Africa. Melissa holds a Ph.D. in Christian Ethics from Loyola University Chicago and she teaches at McAfee School of Theology in Atlanta, GA. For more about Melissa’s work, please visit her website at www.melissabrowning.com