Islam is my Louvre – Part II by Valentina Khan 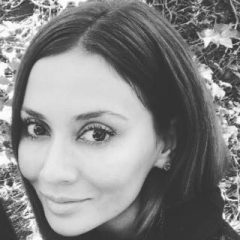 I was once asked “why do I stay Muslim”? That was the question prompt, and it begged an answer…Reason #2: I believe Islam has vagueness in the Quran (I answered Reason 1 and 2 yesterday…)

What do I mean by all this vagueness?

First of all, Judaism and Christianity-based characters have made appearances in Islam by way of shared stories and prominent shared figures: Adam, Abraham, Isaac, Ishmael, Lot, Aron, Moses, Job, Jonas, Noah, Jesus, Mary and so on. Growing up Muslim, these prominent religious figures across the Abrahamic spectrum were names that were mentioned time and time again as part of the religious history and teachings. So I feel a sense of relief, that as a Muslim, we are not sailing alone in the sea of faith with no shared history with any other faith, but we are on the same island (so to speak) with our Jewish and Christian brothers and sisters.

Beside the closeness to Abrahamic faiths, there is another mention in the Quran about there having been over 100,000 Prophets sent by God unto earth all prior to Muhammad in 620 AD. Since that large number is referenced in the Quran, as vague as it is to who, what, where these so-called Prophets sent by God are, I instead look to all the ancient faiths prior to Islam: Zoroastrianism, Bahai, Hinduism, Buddhism, Ancient Native faiths, and think, OK Lord, you must have been referring to all of these faiths that came before Islam because they have rich histories and prominent figures within their own stories to learn from.

This vague reference in the Quran that makes mention of all these thousands of Prophets that have come before Muhammad and sent to different people, in different geographic locations, at different times in history, again makes me feel connected, and unified. United with so many people of various faiths from all times, that brings home my overall belief: that God created us all in many tribes and nations, so that we may know one another and live together….I’m into this. Humanity and being together and not divided is my creed. And if I’m interpreting Islam properly, that is a very large underlying message speaking loud and clear to me.

Reason #3: My last true and sincere reason on why I stay Muslim is because of what God says to us in every opening line of every Surah:

God is the most merciful the most compassionate.

That is the first line we read when we pray and when we recite from the Holy book. Over and over and over again. I feel, It’s God reinforcing mercy and compassion in all our hearts. Why? Because anger, holding grudges, hate, and being spiteful is a malaise of the heart and leads to all kinds of sicknesses, diseases and sometimes death. Heard of Cain and Able? When a believer prays or reads this opening verse, a sense of understanding that we are to live our daily lives with benevolence and mercy to ourselves first and others becomes overwhelmingly clear. I like this. I really like this. I like it so much, that it makes me stay Muslim. Yes, my faith has been enhanced by the other lanes to God, meaning other theologies and philosophies, but I really am content with my role as a Muslim in the 21st century from the Western social context. I do think there are verses and beliefs within Islam that should stay in 7th century Arabia, but there are also bridges from that time period that extend to today and depending on the person, their interpretation, and their social context that bridge can either make sense and fit with the general ethos of other world religions or not.

To me, Islam is a like a museum, my very own Louvre, filled with artists of different time periods and genres- accepted, respected and celebrated. Yes, I know this might sound too ideological and that there are verses that can refute my thoughts, and completely demystify my theme of unity. But I truly believe there are other verses that take precedence, weighed more, have more value, and are carried throughout time, similar to the ones above that debunk certain dogmatic and inflexible verses.  Similarly, with all the wisdom each world religion imparts on us, living in a state of peace should be second nature. Unfortunately we are missing the point, drastically.

I think more women need to sit and talk, and talk, and talk some more. It’s through our time spent together and discussing life, what the point is, on how to live it fully, the messages of all the world religions would be lived out everyday from the top down. Should anything divide and pull people apart it would be money, power, greed, but not religions. Once you peel back the layers of religion it all comes down to guidelines, roadmaps, tutorials, “how to” manuals on living good, decent lives with others. We have one life, maybe long, maybe short, to think we have been created so different, with distinct DNA and to fight with one another or spend a lifetime trying to convince people that one ideaology is more valid than the other, hurts my heart. It’s like looking at the painting, standing in front of it, refusing to accept the art, asking for your own brush or worse, can of spray paint and tagging graffit  all over what would otherwise be considered a masterpiece- humanity with all its shortcomings and beauty is a masterpeice. People who practice a religion or lack thereof are the paintings, so let’s put them behind the plexiglass and appreciate.

Valentina Khan, JD, MA is the Managing Director for Investors Philanthropic. She was born & raised in Orange County, California. She grew up in North Tustin, a supportive and kind town to which she attributes her love for diversity & doing community work. She is a graduate of the University of Southern California Bachelor of Arts, received her Juris Doctorate at Taft Law School, & continued her education with a Masters of Arts degree from Claremont School of Theology. She is the visionary and co-founder of I Am Jerusalem, & was a contributing member to the Interfaith Youth Council of Orange County, both of which are non-profit organizations that focus on building bridges of understanding, compassion, and friendship within the interfaith communities. Valentina is  the creator & teacher of Dance Barre ® a fun ballet barre fitness method, a yoga enthusiast, and lover of fashion and travel. She speaks five languages: English, Spanish, Farsi, Urdu, and (semi-fluency) French.

Like Loading...
‹ Islam is my Louvre by Valentina Khan
Outtadeway-O: A Found Goddess of Public Transportation (well, you asked for Her last month) by Barbara Ardinger ›