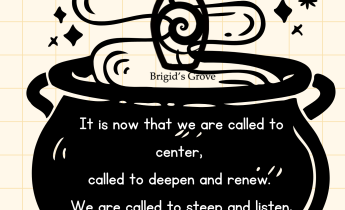 Taking it to the Cauldron, by Molly Remer