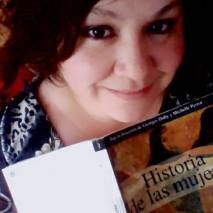 A 16 year old girl was drugged and then gang raped by 33 men in Brazil. The police arrested the boyfriend as a suspect. A 30-second video recording the suffering of the girl was uploaded to social networks, as a display of the “omnipotent” power of patriarchy on women’s bodies; a power that not only destroys wombs or bladders but also unbearably wounds the soul.

A woman was attacked in Chile by her ex-husband. Her name is Nabila. He raped her and then ripped out her eyes, in a jealous rage, because she attended a party. Months after they broke up, she dared to have fun without him.

Each day the body of a murdered woman appears somewhere in Latin America. They appear in the middle of the road, in garbage dumps, wrapped in plastic bags, among the woods or on the shore, cut into pieces, impaled with brooms, burned with acid. And as outrage grows, so violence rages with women.

Who’s to blame for Patriarchy?

Not the rapists, it seems. Justice systems tend to release them. Not the wife-beater. Since the police never take seriously all those allegations of domestic violence. Not the killer, because he only acts to restore his sullied honor. Not the harasser, what is he suppose to do, anyway, with all those girls in miniskirts?

Who’s to blame for Patriarchy?

Coworker whispering: “Like this, you won´t get any boyfriends”
Wife saying, “I’m not a feminist, I am feminine”
Fatphobic suitor, obsessed with “Being Fit”, the one your dad considers a son

Mom dressing her only in pink, because it’ s a girl
Dad buying dolls and washing machines for her and chemistry sets for him
Boyfriend checking your phone and Facebook account
A woman saying that another woman looks like a whore in those clothes
Mom dreaming of Prince Charming as a son-in-law
Daddy paying for sex with girls the same age as his daughter

Father saying “no man will love you because you’re fatty”
Boyfriend “respecting you a lot” and sexting with your female acquaintances after he drops you at home
Fellow professionals asking you to serve coffe, instead of listening to what you have to say

Brand of washing soap talking to you only, the woman
Doctor denying you birth control, because in HIS opinion “Maybe HE could want a baby”
Midwife yelling “Bear the pain, bitch, as you loved fucking out of wedlock”
Your dad forbiding your mother to work: Sheikh said he has authority over her, and she believed it
Page 3 of all newspapers, everyday, in the world

Sister in law muttering “But she is not a virgin”
The Church protecting life, while our lives escape, bleeding to death, in illegal abortions
Sexist joke, advertising, soap operas, beauty pageants,
Media outlets excusing killers saying that women “Appear dead” or “Just die”

PhD in Gender Studies saying to your fiance: “She’s exagerating and childish, control your woman”
Who right now is forcing you to do/say something you did not want
Lover using you only to get their own orgasm
Boyfriend laughing off the comment of his friends about your body
The one saying: “You’re leaving me after all I did for you?”
Whoever humiliates you, despises you, calls you names.

The one who introduces you to his family saying: “She’s not a Pin-up, but at least….”

Woman stating “Maybe she did something, women are liars”
The one breaking your self-steem every night with his fists
Who isolates you, controls you, follows you
Guy telling me the first rude “compliment” at age 12
Mom forcing the girl to wash dishes and clean her brother’s room
Man thinking “focusing too much on VAW is discriminatory”

Granddad rubbing himself against me when I was 8 saying “not to tell Mommy”
Comrade sending you to clean the floor after the political meeting
Partner not questioning their privileges
Imam saying I have to take emotional harassing as a test of faith from God
Gay ally mocking my rape with other gays, while other gays are listening in silence

Muslim saying “Don´t accuse your husband to the police, pray for him instead”
Brocialist attending March 8th event but receiving bigger payment only ’cause he has a penis
Women accepting being sent to the bottom at the mosque
Taxi driver looking at my tits

All of them, in front of the TV wondering
What is wrong with people that another woman was attacked today?

Thanks to Itatí Schvartzman for the inspiration. 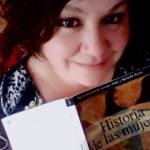 Vanessa Rivera de la Fuente is a Writer, Mentor and Community Educator in Capacity Building for Grass Roots Female Leaders and Advocates. A Feminist who is an Independent Researcher of Gender and Islam on Feminist Hermeneutics, Muslim Women Representations, Queer Identities and Movement Building. She blogs in Spanish at Mezquita de Mujeres, a site dedicated to explore the links between Gender, Religion and Feminism as well to Women from the Global South as Change Makers in their communities.

Like Loading...
‹ Humpty Had A Mother by Barbara Ardinger
Parenting with the ‘Same Words’ by Sara Frykenberg ›