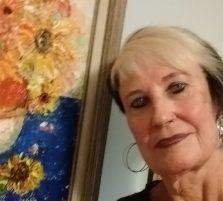 A couple of weekends ago, Nancy, one of my classmates from nursing school, organized what she called a “mini-reunion” at her home in New Jersey.  Seven of us gathered together to well, reunite.  Our graduating class (Muhlenberg Hospital School of Nursing, Plainfield, N.J.) was small.  We started out with forty students—all women.  Only twenty of us made it to the finish line.  One of our fellow graduates, Marcia, died a few years ago.  Two or three of the initial forty students dropped out due to health problems, but were able to graduate a year later with the following year’s class.  Some students were asked to leave the program because they could not cut it academically or clinically.  Others decided they didn’t “belong” in nursing and quit.

These are the nurses that gathered for the “mini-reunion.”  Starting at the left: Lois, May, Esther, Carol Lee, Nancy, Chris, and Joyce.

Initially, I wasn’t sure I wanted to make the effort to get from Virginia to New Jersey for the occasion.  What is it about attending reunions—family and/or school—that make many of us waver?  On the one hand, getting together with people I lived with for three years filled me with a curious anticipation.  Some of us did our rotations (obstetrics, psychiatry, pediatrics, Intensive Care Unit, etc.) together.  How did our common experiences contribute to “growing” the people we are today?  On the other hand, even though I’ve been to a couple of reunions with my nursing school class within the past fifty years, one never knows if the chemistry will be right when meeting up again after years of not being in touch with one other.

No need to have worried.  Conversation flowed as we got caught up with each other’s lives and reminisced about happenings during our three-year nursing program.

Joyce, somebody who always seemed to remain calm no matter the circumstances, recalled the time she had to get special permission to go out with her boyfriend (she later married him) on a school night to hear The Kingston Trio.  These were the days of curfews and housemothers.

We remembered Marcia, (now deceased) as being a kind person and quite fond of her coffee and Pall Mall cigarettes.  She was also gay, but back in the day, the subject was never talked about out loud—at least not in our dormitory.  I liked hanging with Marcia, but it wasn’t until the second half of our third year in school that she invited me to come along on outings with her friends.  She often said to me, “Everybody here [in nursing school] is the same.”  I can only speculate about what she meant—she was the only lesbian.

I asked the group, “If given a choice, would you attend nursing school all over again?”  Yes, they would.  I was struck, though, by Chris’ response.  Chris is from Guatemala and wanted to go to college after high school.  Her older brother, though, had enrolled in higher education and there were not enough resources available for Chris to go as well.

My situation was similar.  I wanted to go to college after high school, but my older brother—deemed to be “college material”—had already gone off to university to pursue his studies.  Knowing my parent’s financial situation, I didn’t push for a college education.  I had already internalized a deference towards men, having absorbed that from my conservative Christian, fundamentalist upbringing as well as from the larger culture.  Twenty-some years later, though, I did go to college.  One of my best decisions ever.

Chris still works part time in nursing.  Remarkably, she’s frequently gone back to Guatemala with a medical team in an official capacity (translator and nurse) to deliver health care to people in need.

Lois, a no-nonsense person, retired from nursing some years ago, but left behind a legacy of having been an excellent rehabilitation nurse.  I am not surprised.

May and her husband own their own business—florist and greenhouse.  May recounted that when she tended the shop, at least in the early years, customers often asked to speak to someone “in charge,” not believing that a woman would be in that position.  That annoyed her.

Carol Lee works as a school nurse these days, but is active as well in many community programs and events.  I remember working with her in “clinic” during our student days.  One day, the attending physician asked us (student nurses), “What’s the one and ONLY definitive sign of pregnancy?”  Carol Lee didn’t hesitate, immediately responding, “Delivery.”  The doctor roared his approval.  Carol Lee was always so confident.

Nancy took the time to show us her old albums, filled with pictures of her horses.  She had beautiful and poignant stories to go along with each of the stately, gorgeous, and magnificent animals.  She no longer is able to keep horses.

All of us present at the reunion have children.  Notably, though, children were not the focus of our conversation.  Stories of our children wove themselves in and out of our talk, but never took over the shape of the tales we told.  To me, that reflected not just a balance in our lives, but resistance to a patriarchal culture that often defines women by their procreative abilities while claiming the fruits of women’s labor (in all its varieties) for itself.

I’m glad I made the effort to attend this mini-reunion.  Having lived in close quarters with these women, seeing them in their hair roller/nightshirt ensembles as well as in their starched, student nurses’ uniforms—including the passé nurse’s cap—an easy familiarity developed over that three-year period of time, reminding me of the ease many of us feel towards our adult siblings after emerging from the trenches of childhood together.

I feel fortunate to know these women.  We lived, ate, played, and worked together—all the while developing into some damn good nurses.

I find myself happily anticipating our next reunion.  Perhaps all nineteen of us will be present!