Home › Politics › Opting In, Opting Out: Navigating Political Divisions “for the Sake of the World” by Katey Zeh

Opting In, Opting Out: Navigating Political Divisions “for the Sake of the World” by Katey Zeh 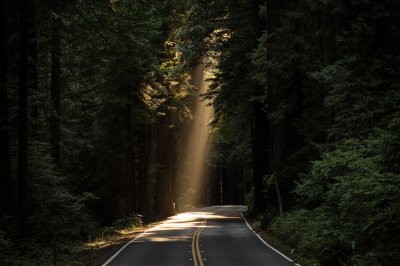 Over a year ago I made the decision not to watch–not to consume the vitriol of this political disaster we in the U.S. have created for ourselves. It was a conscious choice in favor of my own self-preservation which I stand by. I had no idea at the time how important that decision would be for my own mental and spiritual health in the coming months.

Since then I’ve done a lot of opting out: not watching the Presidential debates (not in full anyway), not reading much political analysis (the article titles alone cause me rage), not discussing the election before bed. Late one night my husband mentioned some egregious thing that Donald Trump had said earlier that week, and I got so riled up over it that afterward I couldn’t sleep for hours. After that we had to establish a rule that no one could bring up politics after sitting down for dinner.

My way of coping this election cycle has been similar to how another person might react to a violent image on TV: I’ve kept my eyes shut, peeking every few moments to see if the worst has passed. This avoidance behavior has begun to feel uncomfortable, even unethical. As a person of faith, is it not my responsibility to call out abuses of power for what they are? If I do not offer my voice to the cacophony of political discourse, am I complicit in the hatred being spewed? I’ve thought often of Audre Lorde’s famous line, “Your silence will not protect you.”

Recently I helped launch a new parents group at our church, and we have been focusing on how to communicate with our children about what is going on politically. Frankly I’ve needed space and community to process my own feelings and anxieties. Some of the stories I’ve heard from other parents have nearly had me in tears: children of same-sex couples worried that their families will be separated, Latina kids feeling targeted and hated for who they are, one young boy too fearful to enter the yard of a neighbor because he has a Trump sign.

After hearing those stories I realized that was I was doing was opting out. With so much at stake in this election, I cannot in good conscience allow myself to become a passive and occasional observer of injustice. I have to find ways to opt in. Opting in requires more of me than casting a ballot on November 8th.

Opting in has meant donating money, volunteering my time, and sharing my resources with the organizations and causes that align with my values of justice and compassion. It has meant looking for opportunities to hold difficult conversations and ask thoughtful questions. It has also meant identifying those unhelpful impulses within me that cause me to vilify others who disagree with my point of view. Meditation has helped too.

In preparing for this Sunday’s meeting of our group for parents,  I came across these words from Rabbi Rachel Ain that she delivered to her congregation last week during the service of Kol Nidre, the evening before Yom Kippur:

Too often in our world we listen to an echo chamber of what we are already predisposed to agree with and we automatically wave off an opinion different than our own without getting to the essence of the ideas…I want us to try to understand what role we can play in talking about complex issues, for words and language are the core of this evening, Kol Nidre. … Can we bring people who are on disparate sides of an issue to the table for the sake of the world that we are celebrating on this new year? I, the eternal optimist, will tell you an answer — I believe the answer is yes. …

And this evening, Kol Nidre, that is what we are confronting. How do we build up and support a healthy community, not tear it down? How do we engage in ideas with which we disagree? How do we understand who we are, even if it is in contrast to someone else? And how do we understand that it is our words and our ideas, even if they are at odds with one another, that we need to listen to, in order to strengthen our community?

The next Presidential election cycle my daughter will be almost six. Part of me is deeply fearful of the possibility that somehow we could find ourselves even more deeply divided than we at this moment. That part of me wants to opt out. But the other part of me, what I believe to be my true self, resonates deeply with Rabbi Ain’s message of creating and strengthening communities of understanding “for the sake of the world.” I see no other choice but to opt in.

Katey Zeh, M.Div is a thought leader, strategist, and connector who inspires intentional

communities to create a more just, compassionate world through building connection, sacred truth telling, and striving for the common good.  She has written for outlets including Huffington Post, Sojourners, Religion Dispatches, Response magazine, the Good Mother Project, the Journal for Feminist Studies in Religion, and the United Methodist News Service. Her book Women Rising will be published by the FAR Press in 2017.  Find her on Twitter at @kateyzeh or on her website kateyzeh.com.

Like Loading...
‹ Entering the World of Young Adult Literature by Anjeanette LeBoeuf
The Trump (Non)Contrition by Gina Messina ›