A Short History of Maligned Women by Mary Sharratt 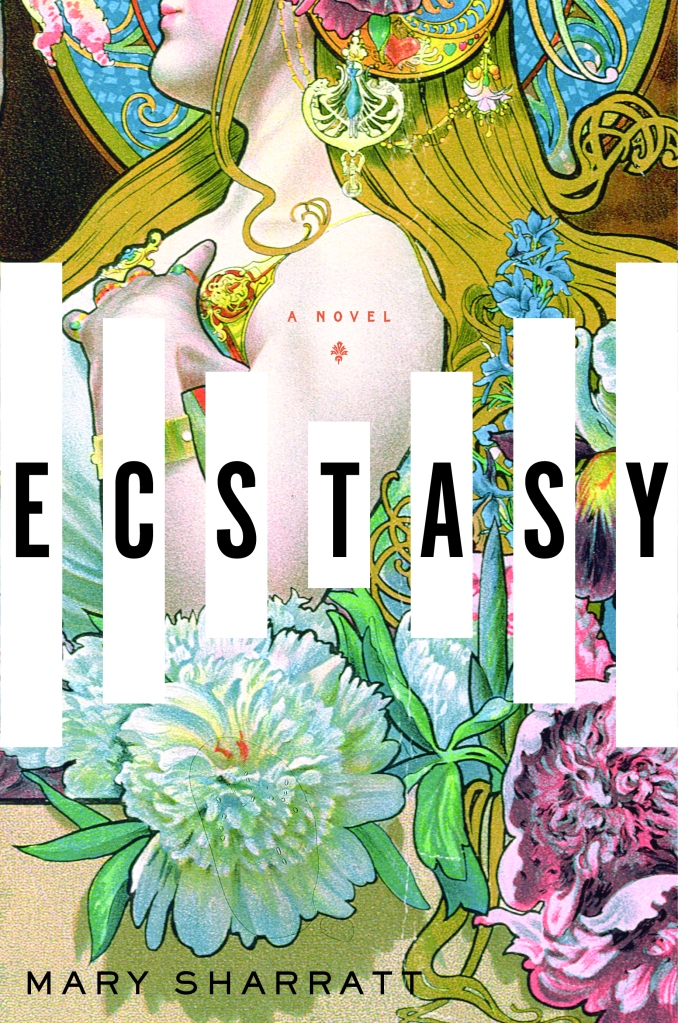 Women who stand out and dare to seize their power have been maligned throughout history. Even today many people are uncomfortable about the very idea of a powerful woman. Witness how Hillary Clinton was demonized in the 2016 presidential campaign. What other U.S. presidential candidate has been called “nasty” by their opponent or had their opponent literally looming over them during a live televised debate? Even women who would never dream of running for political office face every day misogyny and threats of violence for daring to speak out on the internet. It doesn’t matter what the woman has to say—the fact that she has spoken out at all has made her a target.

I certainly encountered the “such a nasty woman” phenomenon while researching Alma Schindler Mahler, the protagonist of my new novel Ecstasy. Born in Vienna in 1879, Alma Maria Schindler was an accomplished pianist and aspiring composer who gave up her own music as a condition for her marriage to the great composer, Gustav Mahler. Later, after a marital crisis, she returned to composing and published three collections of her songs. She was married to—or had affairs with—some of the greatest creative geniuses of her time, including Gustav Klimt, Walter Gropius, Oskar Kokoschka, and Franz Werfel. She was also a pioneer in the field we now call artistic management and her networking skills benefited the men she loved. But one would hardly know about her talents and gifts to read the biographies written about her.

Most of the Alma biographies are what Susanne Rode-Breymann, co-editor of the German edition of Alma’s diaries, has called “moralizing scandal biographies.” They focus almost exclusively on the sensationalist aspects of Alma’s life—namely the fact that she dared to rewrite the feminine life script and claim her sexual freedom. Even the more “scholarly” of these tomes tend to read in places like trashy, voyeuristic novels. The biographers use Alma’s sexuality as a selling point for their books while standing in stern moral judgement of her and having nothing good to say about Alma as a human being, much less as a composer. This lurid focus on Alma’s sexuality, at the expense of all other areas of her life, demeans and degrades her. Alma is reduced to the men she was involved with and how she failed to be the ideal woman for them. Can you even imagine a biographer doing this to a “great man” like Picasso—ignoring his art to condemn him as a terrible husband and serial womanizer?

In my humble opinion, novelists have a much more difficult vocation than biographers. Unlike biographers, I must make Alma compelling and inspire the reader’s empathy. I must offer insight as to why Alma made the choices she did. I must show her in her full humanity.

At least I know Alma is in good company. Here is a short history of “nasty women.”

The most influential woman in early Christianity has been distorted beyond recognition as a weeping, humiliated ex-prostitute, despite there being no scriptural evidence to support this depiction. If that were not enough, we have the Da Vinci Code to thank for the most recent flood of new age conspiracy theories surrounding her. All of this obscures Mary’s key importance in the canonical Gospels. As one of Jesus’s closest disciples, she stood by him at the foot of the cross—after his male disciples fled. Present at his tomb, she was first witness to the resurrection. The risen Christ then bade Mary to tell the others the good news. And so she became Apostle to the Apostles. The noncanonical Gospel of Mary reveals her influence in early Christianity when her importance rivaled that of Peter’s. Whether or not she wrote the gospel attributed to her, this document certainly recognizes her authority. However in 590, Pope Gregory I decided to downgrade her by officially proclaiming her a whore. The Catholic Church didn’t recant this position until 1969.

The only female emperor in the history of China, Wu rose from humble beginnings as the fourteen-year-old concubine of Emperor Taizong, who was so captivated by her intelligence, he made her his secretary. After his death, Wu should have bowed to social expectation, shaved her head, and disappeared inside a Buddhist nunnery. Instead she married Taizong’s son Gaozong and ruled as empress consort, the true power behind her ineffectual husband’s throne. After Gaozong’s death, Wu ruled as empress dowager and placed first her eldest son and then her second-born son on the throne. When their leadership skills failed to impress her, she forced them to abdicate. From 690 to her death in 705 Wu ruled as emperor in her own name. She founded the Zhou Dynasty, introduced sweeping reforms to benefit her people, and declared herself an incarnation of the Maitreya Buddha. Ever uncomfortable with female leadership, her enemies spread many rumors about her, accusing her of all manner of treachery, including murdering her own baby daughter. After Wu’s death, they tried to erase her legacy, but all in vain. She is now remembered as one of the greatest leaders in Chinese history.

The most hated woman in Mexican history, Malinche was Hernandez Cortés’s indigenous lover and chief strategist during his annihilation of Muctezuma’s Aztec Empire. Caught between clashing worlds, Malinche was one of twenty women that Tabascan chieftan Potonchan offered Cortés. Regarded initially as nothing more than a sex slave, Malinche soon distinguished herself by her negotiating skills. Fluent in both the Nahuatal languages of the interior and the Mayan languages of the coast, Malinche quickly learned Spanish and became Cortés’s main translator and guide. A complex figure, she played a pivotal role in history, bearing Cortés’s son Martin, the first mestizo of note, and later marrying the Castillian nobleman, Don Juan Xamarmillo. Has Malinche been unfairly slated? Pre-colonial indigenous Mexicans were not one unified people, but a collection of distinct cultures. To many of these people, the Aztec Empire was the hated enemy because it demanded tribute in the form of human sacrifice from subjugated tribes. What if Malinche, a woman of non-Aztec origin, was not a traitor so much as a warrior within her own context?

The first woman to successfully claim the throne of England was the most reviled British monarch of all time. The fact that she burned 283 Protestants as heretics earned her the moniker “Bloody Mary” and history remembers her as the evil foil to her celebrated sister, “Good Queen Bess.” Yet Mary was no bloodier or more brutal than other rulers of her time. As the violence of the Reformation and Counter Reformation swept Europe, countless Catholics and Protestants on the “wrong” side of the sectarian divide were put to death—as were Jews and accused witches. On the plus side, Mary built up the British navy and reformed the militia, paving the way for Elizabeth I’s victory against the Spanish Armada. Used first by her father, Henry VIII, and later by her husband, Philip II of Spain, as a political pawn, Mary had no easy life and died in her forties. If anything, Elizabeth I was such an effective leader because she learned from her sister’s misfortune—Elizabeth made the radical choice to remain a “Virgin Queen” lest some man try to steal away her sovereignty.

In the 34 years that she ruled the massive Russian Empire, Catherine the Great was the most powerful woman in the world. Born to a Prussian prince, she married into the Romanov family and became the unhappy wife of the unpopular Tsar Peter III. Catherine soon found herself involved in a coup to unseat her husband and install herself as empress. Eight days after abdicating, her husband was assassinated. Contrary to dark rumors, there’s no evidence Catherine was responsible. A highly educated polymath who corresponded with Voltaire and wrote an opera in her spare time, Catherine dragged a country still mired in a medieval mindset into the Enlightenment. Her lovers were many and she made one such paramour the King of Poland. A formidable military leader, she quelled more than a dozen uprisings. But most of her brave deeds have been forgotten—the average person on the street is more likely to know the urban myth that Catherine died having sex with a horse. She actually passed away after suffering a stroke.

Despite the fact that she never learned to read music and despite her struggles against racism, misogyny, and poverty, Billie Holiday triumphed to become one of the greatest jazz musicians of all time. Over fifty years after her death, her voice remains distinctive and unforgettable. Her 1939 song “Strange Fruit,” about the lynching of an African American man, was so controversial, it couldn’t be played on the radio. A powerful indictment of racism, “Strange Fruit” would become the first protest song of the 20th century. Yet for all her achievements, Holiday’s reputation remains steeped in sensationalism, especially regarding the heroin and alcohol abuse that eventually killed her at the age of 44. Why is she primarily remembered for her addiction and not her ground-breaking brilliance? “You don’t do the same thing when you talk about Sigmund Freud,” contemporary jazz musician Cassandra Wilson has pointed out. “Everyone knows he was a coke addict . . . but we don’t talk about that. We talk about him being the father of psychoanalysis.”

In 1953 Ethel Rosenberg and her husband Julius were executed by electric chair for betraying U.S. nuclear secrets to the Soviet Union. Both Rosenbergs protested their innocence up until their deaths. In the 1930s, Ethel had joined the Young Communist League, which did not help her case. While on trial for espionage in 1951, Ethel endured the heartbreak of having her own brother, himself an admitted spy, testify against her. Her refusal to burst into tears in court was interpreted to prove that she was an unwomanly monster who cared more about communism than her two young children. After the Rosenbergs’ execution, their sons, Michael and Robert, were adopted by Abel Meeropol, activist and writer of the song, “Strange Fruit.” Michael and Robert spent years trying to prove their parents’ innocence until they discovered declassified documents which indicated that their father was indeed involved in espionage. But Ethel’s role in any conspiracy seemed negligible. Her sons unsuccessfully petitioned President Obama to have their mother exonerated.

Mary Sharratt is on a mission to write women back into history in their full nasty glory. Her novel, Ecstasy, about celebrated bad girl Alma Mahler, was an Amazon Best Book of the Month for April, a Chicago Review of Books Book of the Month, and a New York Post Must Read Book. Visit her website: www.marysharratt.com

Like Loading...
‹ Celebrating Pride: Honoring the Spiritualities of Queer Holy Women of Color by Angela Yarber
On Guilt and G-d, the Parent by Ivy Helman. ›