Home › Feminism › Feminism, Impasse, and the Redemption of Hugo Schwyzer by Cynthia Garrity-Bond

Feminism, Impasse, and the Redemption of Hugo Schwyzer by Cynthia Garrity-Bond 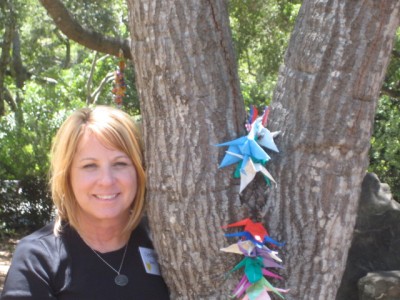 In Constance FitzGerald’s article Impasse and Dark Night,* she draws from sixteenth century Spanish mystic and reformer St. John of the Cross-and his Dark Night of the Soul.  FitzGerald moves from the individual’s experience of impasse to a larger societal impasse.  By impasse she means those experiences that bring life as you know it to a stand still, where every attempt of extracting the self from suffering is a lost cause. In what is known as the principles of  “first order change”—reason, logic, analysis, and planning, do not work to move the self forward and out of impasse. In other words, the skill set you have come to rely upon to move you out of the grip of darkness no longer works.

Inherent in this spin-cycle of suffering is the possibility that transformation is taking place in the midst of the darkness and absence of accustomed pleasure, desire and motivation for life itself.  If transformation of the self is to occur, which brings with it creative growth, insight, compassion and a new understanding of the divine, than a letting go of left-brain rational control must give way with consent to the stripping away of one’s limitations of the self and others. In other words, one must enter into the Dark Night  not only with eyes wide open, but the wounded heart as well.  FitzGerald states, “What is important to realize is that it is in the very experience of darkness and joylessness, in the suffering and withdrawal of accustomed pleasure, that this transformation is taking place…. Since we are not educated for darkness, however, we see this experience because of the shape it takes, as a sign of death…It is a sign to move on in hope to a new vision, a new experience” (414).

I draw upon FitzGerald’s interpretation of Dark Night to relay my own disenchantment with the state of feminism as it was displayed in response to Hugo Schwyzer’s post, Making Amends and Moving Forward. Initially I judged those cutting and obscene responses by said feminist as an indicator of the current state of feminism.  Which is to say, I saw a kind of death with my own relationship to feminism.  I felt a kind of Dark Night experience in which those attributes of feminism that once made sense to me were now clouded by the at times vulgar and cruel responses to Schwyzer and his attempt at redemption. I have sense come to recognize a kind of both/and scenario of the “all ready/not yet” language with the Dark Night  evident in Schwyzer and the larger pool of feminism, the former “all ready,” while the latter is “not yet” with regards to transformation.

In the recounting of his sexual improprieties  with students as well as a drug/alcohol induced murder/suicide attempt of himself and his then girlfriend, Schwyzer takes full responsibility for his actions.  He writes, “The fact that I was trying to kill myself as well, and that I was high as a kite on a cocktail of street drugs, prescription pills and alcohol, does little to mitigate what I did, or my ultimate responsibility for such a horrific act.”   To that end, Schwyzer, thirteen years sober, has worked actively within the feminist community. It should be noted that Schwyzer does not insist on forgiveness or redemption from the feminist community to which he has belonged.  Instead he welcomes an open, honest dialogue that engages and seeks to transform sexist structures along with the construct of masculinity and privilege.  What he has encountered has been an admixture of some support, but more so of anger, hostility, and insistence he extract himself from all feminist spaces.

In a recent interview in FemTheologian, Schwyzer draws comparisons between the Christian and feminist community when he quotes theologian Walter Wink, “Christians” notes Wink, “have never dealt well with the inner darkness of the redeemed.”   To which Schwyzer exclaims “And what goes for Christians goes damn straight for feminist too.” In other words, what Schwyzer and John of Cross are getting at is the dualism of darkness and light that inhibits us all.  The inability to find forgiveness and redemption is due in part to the rejection or bifurcation of our own darkness.  Until we can hold the two together, light with the darkness, the individual and society, (read here as feminism), will take a stance that refuses to see transformation of what was once considered unredeemable. And it is here I believe some that self-identify as feminist have reached impasse absent consciousness and transformation because they refuse to hold the tension that we are all an admixture of light and darkness.

But a different scenario is possible within feminist consciousness in which we welcome the restoration of individuals and oppressive structures into feminist spaces. Instead of cynicism  and ridged hostility, we acknowledge the heavy lifting and work involved in taking responsibility for past wreckage that has undermined and hurt women.  Additionally, inherent in forgiveness is the process of commutative justice, which calls for equivalence in what is gained and lost on both sides of an exchange. In other words, forgiveness is not cheap or too quickly given.  It has to be earned and the injured side must be recognized and also restored.  In the case of Hugo Schwyzer, this form of restorative justice is evident in him 1) taking full responsibility for all his actions; 2) the difficult process of making amends; and 3) his community activism within feminist spaces.  Schwyzer feels the past 13 years of soberity and activism has been an attempt at just this kind of restoration. His Dark Night experience post sobriety has been with eyes wide open, ready to accept whatever new spaces may occur within feminism.  And if they do not, Schwyzer acknowledges that even this is okay because his birth of consciousness is a result of his ability to live with his own darkness and limitations juxtaposed next to his light. The duality of both creates new horizons of possibilities and continued transformation.  Now if only feminism can learn to live with its own shadow in order to bring about a transformation that acknowledges the full humanity of both women and men.

Cynthie Garrity-Bond: Feminist theologian and social ethicist, is completing her doctorate at Claremont Graduate University in women studies in religion, with a secondary focus in theology, ethics and culture. For the past two years Cynthie has been teaching in the department of theological studies at Loyola Marymount University where she completed both her BA and MA in Theology. Her research interests includes feminist sexual theology, historical theology with particular emphasis on religious movements of women, agency and resistance to ecclesial authority, embodiment, Mariology and transnational feminisms. Having recently returned from Southern Africa, Cynthie is researching the decriminalization of prostitution from a theological perspective.