Home › General › In Remembrance of Conrad Gromada by Natalie Weaver

In Remembrance of Conrad Gromada by Natalie Weaver 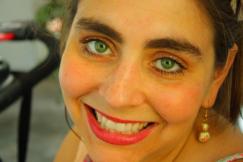 I opened my email earlier today, July 2, and received news that my beloved, retired colleague, Conrad Gromada, passed away this morning.  My grief was and is giant.  I am here now flooded with memories of the nearly twenty years I had the pleasure of knowing and working with one of the world’s truest gentlemen.  It is appropriate that I take a moment here to acknowledge Dr. Gromada, that I extend my love and condolences to his wife, Annette Gromada, and that I tell this readership about the most pro-woman Catholic man I ever met.

Conrad Gromada worked at Ursuline College during the time I knew him.  I actually remember only sketchily details about his professional life and work outside of my direct experiences with him.  For those memories, other friends, students, colleagues, and loved ones can witness to his excellences.  For my part, I can tell you that this wonderful man used to refer to himself as “blessed among women,” as he worked mostly with female colleagues, administrators, and students.  He spent decades preparing women for work in ministry in the Catholic Church, and he would frequently state that women were the future.

Conrad didn’t just believe that women were the future of the Church.  He would say that we were on the cusp of the next era in human evolution, which would be defined by women’s leadership, compassion, grace, knowing, temperament, and so on. He affirmed the full humanity of women, the dignity of women’s voices and experiences, and the wisdom unique to women’s ways of knowing.  What is more (and what to me is the difference that makes all the difference in the world), Conrad did it all without pretension.  He had no agenda.  He wasn’t blowing a horn or standing on a bandwagon.  He was neither noisy nor quiet about his conviction.  He simply carried it and lived it like a bright, beautiful beacon, in his conduct and in his character.

Conrad was gentlemanly in his comportment.  He would open a door.  He wore beautiful ties, always crediting his wife for his choices.  He had clean nail beds.  He spoke softly and laughed easily.  I really, really liked Conrad, so very much.  I will miss him as my friend, but I realize in his absence that I am missing more than just this single human being.  I miss men like Conrad.  The world needs more men like Conrad.  And, especially the Church, the Church needs men like Conrad, who unburden themselves from pretense and privilege and truly welcome women to the table to share and to nourish.

When I was first starting my teaching career, I was a little nervous.  I didn’t realize then how much I viewed my opportunity as bigger and better than myself.  I had a horrible sense of imposter’s syndrome, and after having been treated as a department mascot for most of my educational life, I literally prayed every time I walked into a classroom that I wouldn’t screw it up.  (I still pray.) Having Conrad as a colleague, together with my other beloved friend and colleague, Sr. Dorothy Ann Blatnica, Ph.D., I was encouraged to grow.  I was treated with respect and confidence, and they gave me the space I needed to stumble around a bit without critical scrutiny or too much instruction.  I endeavor to imitate their example any time I find myself in the senior position as a result, and I am a better teacher and a better person for my having known and worked with such decent and talented people.  I know this is rare, and I never take it for granted.

I weep tonight for the loss of Conrad Gromada, for myself, but especially for his family that survives him.  I am reminded in his wake to follow more consciously his example.  I thank the good Lord for having known him, and I pray for his restful repose.  Rest in peace, good friend.