The Maiden Tale of “It’s Happening”* by Marie Cartier 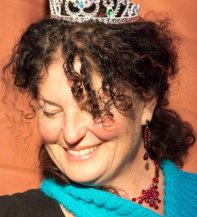 *with thanks to Margaret Atwood, The Handmaid’s Tale

In The Handmaid’s Tale women don’t
have their own names anymore.
They whisper them to each other
in order to re-member who they are:
June, Moira… maybe even Lydia
Their bodies aren’t their own.
If you are fertile, you are used to breed.
If you are infertile, but clever, you can be a Martha
and cook or clean for men, and their families.
Women don’t have families; they are part of a man’s family.
Or they could be an Aunt, someone who trains
the other women to be docile. To be afraid. To give in. To give up.
Not everyone will get the message, or be able to follow it:
Don’t let the bastards get you down.

The author, Margaret Atwood, made the choice
to not include anything in the novel that had
not happened in real life. Most especially 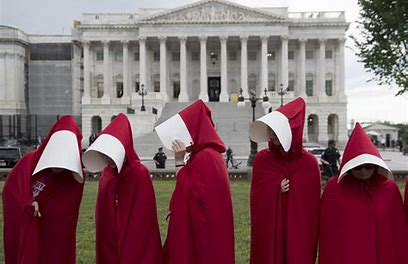 I sit with women friends. And we talk about the fact—
that it’s happening.
Women are being told they’ll be followed if they cross
state lines to get an abortion. If they cross into Canada, they could be followed.
Their bodies belonging to someone else— not to them.
They could get the death penalty if they miscarry.

My friends and I spend an evening
drumming and jamming and hanging out eating pizza.
We’re all women and tonight by chance, all lesbian women.
And someone brings up – you know they are trying to pass
a law that – and anyone can fill in the blank here
with whatever new possible terror is being proposed somewhere in these Unites States.
Because it’s happening.
Because it’s happening to women’s bodies now. 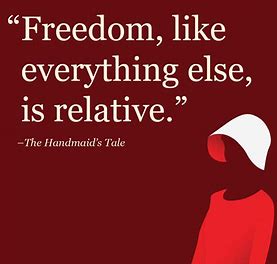 We laugh—but then we don’t laugh.
Because we are actually making a plan to get away—when…
we decide we should make a plan.
But then, we don’t– not yet.

Because really– is it really happening here?

We talk about getting to Oregon. How we like Oregon—but it rains.
We are Southern California girls—so Oregon?
But then again, we’re running for our lives, aren’t we? 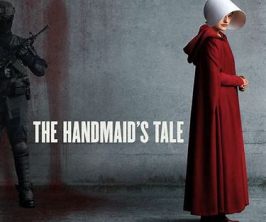 We keep eating pizza. We hug and kiss each other’s cheeks goodbye.
Because for now, we are still laughing.
For now. For now.

We are still using each other’s real names.

Like Loading...
‹ The Explosion of the TV Show Queer Eye: Part One By Anjeanette LeBoeuf
The Impeachment of Us by Karen Leslie Hernandez ›