Home › Activism › Gardening Through the Storm by Tallessyn Zawn Grenfell-Lee

Gardening Through the Storm by Tallessyn Zawn Grenfell-Lee 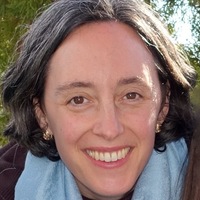 I spend a lot of time thinking about gardens. I think there might be something to them.

It seems strange to talk about gardens during such an intense time. The crucible of injustice, laid so bare during the pandemic, is overflowing all around us in a volcanic eruption of protests and retaliation. And more and more, we understand how it’s all connected – poverty, violence, choking black men, choking women, a choking planet. All connected in a huge, toxic river of greed, fear, destruction, and death.

As usual, I turn to my Methodist tradition during intense times; and the first chapters of the first book in our scripture talk about gardens. Genesis is not the oldest book – that honor goes to Job, a fascinating and timely exploration of the question of why bad things happen to good people. Even so, it makes logical sense to start the scriptures off with mythology about the beginning of the universe and of humanity. So, then: why all the gardens?

Well, after years of contemplating gardens, I think we might underestimate them.

See, sometimes we treat gardens like a feminine hobby, or a luxury, the thing that comes ‘after’ – after we have secured peace, after we have paid the bills. Maybe when I retire, I will have time to garden. But think of Ron Finlay, the ‘gangsta gardener’ from South Central Los Angeles. He got tired of waiting around for fresh food to arrive through policy reform; and now, his movement has inspired the whole community to buck the rules and engage in the apparently deeply subversive practice of growing our own food wherever we can.

Finley calls his neighborhood a food prison. Being black in America… the pain is in your DNA, he says. So ten years ago, he left fashion design and started planting, offering food to anyone who walks by. Since the pandemic quarantine, he has been virtually self-sufficient by eating out of his 40 x 70 square foot yard. Gardening is the most therapeutic and defiant act you can do, he insists. People looked at my garden like ‘your little hobby’ or something; now people realize this is no damn hobby, this is life and death. This is our revolution.

According to Scripture, oppressive control of food and water are primary indicators of idolatrous greed, exploitation, and empire. The prophet Micah rages against the leaders who do not embrace justice; who tear the skin from my people and the flesh from their bones; who eat my people’s flesh, chop them up like meat for the pot, like flesh in a cauldron [Mic 3:1-3].  But in a just land, all the swords are permanently changed into pruning hooks and ploughshares; and everyone will sit under their own vine and their own fig tree, and no one will make them afraid [Mic 4:3-4].

A place to rest outside; a tree, for food; a vine, for drink; and safety. Maybe it’s as radically simple as that. Maybe that is heaven.

I used to live somewhere with a whole lot of gardens. The Swiss culture evolved from independent mountain valley communities, and it never lost those values – wilderness, independence, resilience. But in the 1800s, a terrible epidemic hit Zurich; the wealthy fled the city, hundreds of poorer citizens died. Swiss historians say the epidemic shocked a complacent society, revealing the lies about supposed well-being and equality:

It was discovered that many of our fellow citizens are positioned in such a way that, with the best will in the world, it is impossible for them to eat properly… Is the worker really there to make every effort to only partially acquire [their] life’s needs and be dependent on charity for the rest? Do you have no idea that such conditions must have a depressing and unnerving effect on the sense of honour and morality of the worker?

The result was a new constitution and what is now called ‘the most democratic political system in the world.’ The Swiss work hard, but not too long; everything closes up, and people take Sabbath leisure together. Everyone has healthcare, a living wage, paid vacation time. It’s not socialist, it’s a mixed capitalist economy shaped directly by the (mail-in) votes of its citizens. And, everywhere you go, there are community gardens, strawberries used as ground cover, balconies bursting with greenery, and clusters of grasses and wildflowers going to seed.

The resulting ethos is one of deep abundance – such that the Swiss literally each choose a charity that withdraws directly from their bank accounts every month. Both the Red Cross and the UN reach out from Geneva to the world, trying to learn about and share abundant shalom. Try, if you can, to imagine it. No one ever forced to ask passersby for donations. Or to beg. Can you possibly imagine such a place?

Before I left Basel, I learned from a neighbor that when the old medieval wall was taken down, the area where it used to stand was turned into a garden – a tree lined pathway around the old city. Even as our US presidential candidate fear-mongered and grandstanded about another wall, my family walked each day in a flower filled garden where fear and exclusion had once prevailed. That image – a garden, where a wall used to stand – inspired me to write Eden, a song of farewell and hope.

Nowhere is perfect; but it was hard to leave what truly felt at times like Eden. And I do take hope. I see what happened in Zurich years ago unfolding around us. I see a growing awareness of inequity. I see unprecedented courage and solidarity. And I see more and more Coronavirus Gardens, part of the rapidly growing local and urban farming movement, reclaiming our right to deep relationships with abundant ecosystems – have you seen the seven and a half acre vertical forest apartment building in Milan?

Maybe Finlay is right. Maybe gardens are fierce. And when we don’t know what else to do, maybe we can take his simple, compelling advice – and go plant some shit. And maybe, somehow, together – will we find safety, abundance, rest under our fruit trees; and study war no more.

Tallessyn Zawn Grenfell-Lee does Climate Resilience Chaplaincy in the Boston area. She recently earned her Ph.D. in social and ecological ethics from Boston University School of Theology and she is an adjunct professor for Wesley Theological Seminary. She continues to study intersections of ecofeminism, permaculture ethics, grief, and nature connection. She previously did graduate research on Alzheimer’s Disease and preventive research on Ovarian Cancer. She received a B.Sc. in biology from the Massachusetts Institute of Technology, an M.A. in Molecular Biology from Harvard University, and an M.Div. from the Boston University School of Theology. She lives in metrowest Massachusetts with her husband and two daughters, and enjoys gardening, canoeing, learning about medicinal and edible wild plants, and rewriting old hymns to make them more inclusive.

Like Loading...
‹ Stand Your Ground: An Interview with Kelly Brown Douglas by Gina Messina
Spiritual vs. Material: The Middle Way? by Lache S. ›