Spiritual vs. Material: The Middle Way? by Lache S. 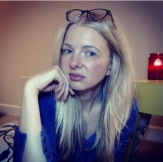 For much of my life, I’ve wanted experience. I think it stems from my childhood/teenage years. When I would travel (for school events, mostly), everyone my age or a bit older always seemed SO much older than me, so much more mature, and I always felt like a little kid, and that embarrassed me. I didn’t care about money or being materially successful. It seemed more admirable to take a road or overseas trip and meet a lot of different people and encounter cultures and read books that would help me grow emotionally and mentally. Recently, my friend who is younger and on his way to being a millionaire by the time he is 40 has tried to encourage me to read books about financial investments and business. I do not have the best habits with money, mainly meaning I don’t usually save or invest and just live paycheck-to-paycheck rather carelessly.

My problem with investing in the past has been that, if I invest money into stocks, I’m theoretically hoping that big companies will keep making money so that I can benefit. No one probably invests in companies yet hopes for less consumption, production, or profit. Am I okay with supporting and maintaining capitalism, my own wealth, and the gap between people of different economic levels?

Honestly, I’m not sure practically what religious minds were suggesting when they opted for both the material and spiritual path, if it had anything to do with the financial, but I can only question how it might be applied in a way that doesn’t actually cause more harm. 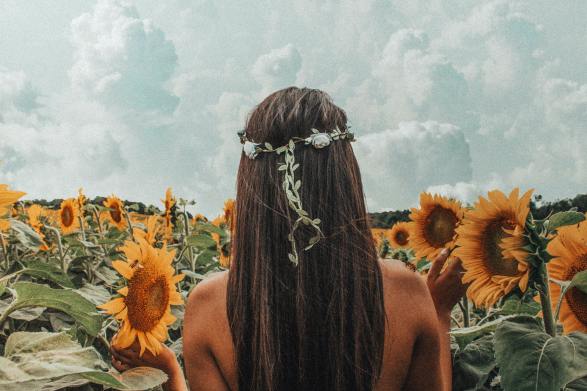 I do not think I can or want to justify or say there is a spiritual allowance for investing/venturing an increasingly profitable business. Prosperity spirituality makes my stomach churn, for whatever reason. So I hope no one misunderstands that is definitely not where I want this conversation to go. But there might be spiritual suggestion for being more responsible with money that I do have and being materially-minded enough so that I am financially secure with enough money I can start helping others out financially.

This is because if I think over my decades of not being focused or concerned about money, I realize how that has made me then be, at times, dependent on those who were more aware and more in pursuit of money, in the sense that that I couldn’t always afford my own place and so I had to live with family or friends. Rather than being able to help my parents or lovers with the savings or extra funds I had, in order to keep up a life of purely intellectual and psychological growth, they had to help me out. I want to be the one to give to others, but how will I do that unless I begin to be more focused on saving and making money?

I think that we want to live a life of least harm, and this takes constant reflection and reassessment, because when we might think we are taking a noble path, it is the path we judge that also has noble qualities. I wonder if a life of no-harm is actually possible? If you can truly refuse to be a part of the world you were born in because you disagree so much with what goes on? What is the truly spiritual path? I thought it was ignoring the kind of materially-focused life many people were pursuing (a job, investments, etc.), but by ignoring it in hopes of harming less the world, or at least being less a part of that world’s harm, I was harming the people who most loved and cared for me instead.

So how do you all look at wealth, investments, being in the world while wanting the world to change so that there is not abject poverty so that governments are not spending our money on military and nuclear weapons? Audre Lorde said we can’t dismantle the Master’s House with the Master’s tools, so how to incorporate this into our practices in a world we want to survive in and help others survive in and live well? Does the idea of the middle way help you at all? Am I thinking of it in a dangerous way? These are really questions I have that I never thought I would have because I was fine being a hippie, a bohemian, a nomad, and just focusing on souls, but the real consequences to others makes such a path (for me at least) unsustainable because when my hippie self can’t buy groceries or pay rent, other people lend a couch, and I can’t help but thinking maybe they want their couch back.

Lache S., graduated with her Ph.D. in 2014 from the Women and Religion program at Claremont Graduate University. She teaches college composition in Colorado Springs. Lache is also is trying out a new platform of exploring her background in comparative religions and women’s studies and love for poetry on a YouTube channel called Women and Spirituality. If you have any suggestions, let her know.

Like Loading...
‹ Gardening Through the Storm by Tallessyn Zawn Grenfell-Lee
Matriarchal Politics The Vision of an Egalitarian Society (Part 2): Macrostructures by Heide Goettner-Abendroth ›