Webster defines myth as “a usually traditional story of ostensibly historical events that serves to unfold part of the world view of a people or explain a practice, belief, or natural phenomenon,” and in this way myths tell us who we are. Unfortunately, they include stories, from Adam and Eve to Cinderella and Sleeping Beauty, that define women by using criteria such as gullibility, passivity, and the size of their feet.

But today women are shining light on the likes of Circe, Mary Magdalene, and Briseus, the young woman dismissed by Homer as an impediment to Achilles’s higher purposes. These stories counter the traditional narratives that restrict women, as well as men, to roles that rob them of their full humanity. In my novel, Bride of the Buddha, the Buddha’s wife embarks on a spiritual journey of her own. When her quest leads her to the Buddha’s all-male sangha, she disguises herself as a monk, eventually becoming Ananda, who in the scriptures is the Buddha’s attendant, the one who struggles with all the questions unenlightened practitioners face today.  The answers to these questions cannot be stated as propositions; they must be felt and lived. Hopefully, my version of Ananda suggests new possibilities for feeling and living these responses. If this “violates” the myth, it does not violate the Buddha’s fundamental views. 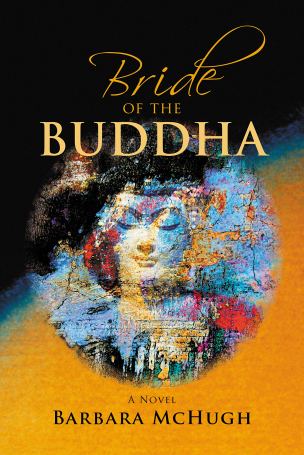 I don’t believe the Buddha was responsible for the misogyny in the stories of his life and teachings. In addition to the gender-free nature of the teachings themselves, textual scholars confirm that the Buddha admitted women and lower castes into his sangha at a time when such things were simply not done. Moreover, insisting on the texts’ authenticity can lead to fundamentalism, which is an anti-Buddhist attitude.

Fortunately, fiction doesn’t have to be “believed.”  Through new stories or reworking old ones, we can relate to the earliest teachings in new ways and understand their possibilities without being confined to a literalism that blinds us to the Buddha’s deepest truth.

One of our own FAR contributors, Elizabeth Cunningham, has reviewed the Bride of the Buddha and shares the following:

“From the first page to the last, the tale of this feisty bride and seeker held my heart. Yasodhara/Ananda repeatedly risks the hell realms out of love for others and a passion for justice. In her scrupulous honesty with herself about her own faults, she is often blind to her own goodness, but her sometime husband, aka the Buddha, sees her more clearly and tenderly. As someone who has found Buddhism baffling, I was deeply informed and moved by Barbara McHugh’s brilliant imagining of Yasodhara’s life.”
― Elizabeth Cunningham, author of The Passion of Mary Magdalen

Barbara McHugh is a Buddhist practitioner with a Ph.D. in religion and literature from the University of California at Berkeley. Her novel Bride of the Buddha will be published by Monkfish Book Publishing Co. in January 2021.

Like Loading...
‹ Buddhist Misogyny Revisited – Part I by Barbara McHugh
What If We Begin from the Hypothesis that Ancient Crete Was Matriarchal, Matrifocal, and Matrilineal? by Carol P. Christ ›