Hitting the Trifecta in Women’s Issues by Michele Stopera Freyhauf

One did not have to watch the debate between Barack Obama and Mitt Romney this past Tuesday to know that Romney hit the trifecta in the area of women’s issues.  It was all over social media within minutes of statements being made that marginalized or treated women as “less than.”

The issue of contraception and rape is still a topic of debate.  Church’s post signs to “Vote for Religious Freedom” and hand out voting guides that help you gauge the moral candidate.  Bulletin boards stating that “Obama believes in abortion and gay marriage – do you? vote Republican” appear by the highway.  This issue will not be settled during the election.

If people in power set an example of bullying and/or oppressive behavior, this behavior becomes acceptable.  If women are treated “less than,” then their dignity as well as their humanity is compromised.

An extreme example of this de-humanizing treatment of women in American society appeared October 13th in Cincinnati.com.  A story was published about a flyer found in the men’s restroom of a co-ed freshmen dorm at Miami University.  The title of this flyer – “Top Ten Ways to Get Away With Rape:”

(Story and a picture of the original document is found at www.news.cincinnati.com/proart/20121012/news/310120154/miami-u-flyer-top-ten-ways-get-away-rape?pagerestricted=1 )

We have moved from the issue of abortion, banning contraception and legitimate rape, to how to rape and get away with it.  If politicians do not let us have control over our own bodies, then why should men?  Extreme – yes.  I am concerned about the impact this whole issue is having on society.

Continuing down this path of women’s issues, let us return to the debate.  During the course of questions and answers in the debate,  Romney made oppressive and undignified comments about women in the area of employment and equal pay.  As a woman, I cannot believe that a presidential candidate in the 21st century boasts his personal treatment of women in the workplace – positive treatment because he let female employees go home early to cook dinner.  I cannot believe that someone would go to “women’s groups” to look through “binders of women” to find qualified candidates to fill job positions. I cannot 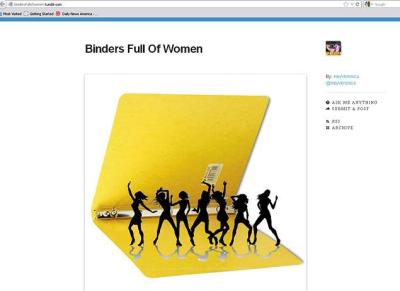 believe that a candidate states that he filled 14 of 33 posts as governor of Massachusetts with women, but failed to mention that they were given “low-profile” jobs.  I cannot believe that his “new economy” creates so many jobs that employers will be “desperate” to hire women.

Through my disbelief, I begin to ask questions.  Is Mitt’s stance and statements a result of being “old-fashioned” and out of touch?  Does this have to do with Mitt being a Mormon?  Is he a product of a patriarchal system that still resonates throughout the United States – a system that continues to deny women equal rights under the Constitution?

Contrary to popular belief, there is not a Constitutional Amendment giving women equal rights as men.  Less than half of the States in the US have State Amendments guaranteeing women equal rights.  The proposed Amendment to the Constitution was first introduced in 1923 and failed.  The Amendment was brought up every session from 1923 to 1971, but never passed.  In 1972, the Amendment passed by two-thirds vote in the Senate and the House of Representatives and went to the States for ratification, with a seven-year deadline (which was extended until 1982).  From 1972 – 1981, 35 of the required 38 States ratified this Amendment.  From 1982 to present, the amendment continues to be presented into Congress and has yet to pass.  The fifteen States that have yet to ratify the Amendment for Equal Rights for Women are:

States that have guarantees of equal rights for women in their constitution are:

That is less than half of the States in the United States.

The bottom line is that women remain vulnerable and victimized because their rights remain unprotected in the United States.  If society cannot grant women equal rights, how can we expect the Church to do so?

Michele Stopera Freyhauf is currently a doctoral student in the Department of Theology and Religion at Durham University.   She has a Master of Arts Degree from John Carroll University in Theology and Religious Studies, performed post-graduate work in History focusing on Gender, Religion, and Sexuality at the University of Akron, and is an Adjunct Instructor in the Religious Studies Department at Ursuline College.  Her full bio is on the main contributor’s page or at http://durham.academia.edu/MSFreyhauf.  Michele can be followed on twitter at @MSFreyhauf.