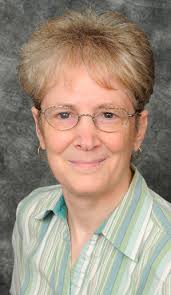 This is a response to Carol P. Christ’s blog of April 29, 2013 on why she decided to leave the Christian tradition. Carol and I discuss these questions further in our forthcoming book Goddess and God in the World: Conversations in Embodied Theology.

You raise the important question of what factors lead feminists to leave or remain within the religion of their birth. Your central challenge to me is how I can commit myself to a tradition in which God is imagined as a violent warrior when these images have harmed and continue to harm women and the world. How can I not recoil from using such images in worship? Why is the power of symbols less important to me than to you?

The first thing I would say is that, like you, I find these images profoundly problematic. One of the projects I have taken on in my retirement is reading the Bible from cover to cover, and I was appalled in going through all the prophets together at the amount of violence in their teachings. When I have spoken on the topic of dealing with difficult texts in the Jewish and Christian traditions—a subject that is dear to my heart—I always talk about God’s violence in addition to texts that demean women. And, yes, I have sometimes asked myself how I can remain part of a tradition in which God is depicted in this way. So I do not disagree with your critique of this imagery, but obviously for me, it is not decisive. Why not?

I think, as you suggest, that the different status of belief in Judaism and Christianity is a factor, though I’m not sure it is determinative. My experience of the importance of belief was very different from yours in that I never felt pressure to affirm certain things about God or about the origins of Torah; nor was I ever asked to defend or even to articulate my convictions. I always felt free to raise critical questions and, indeed, understood doing so as part of what it meant to be a Jew. While this may be one of gifts of my Reform upbringing, within certain parameters, it also characterizes the Jewish tradition more generally. Disagreement and debate are central modes of religious expression in rabbinic Judaism. The Talmud preserves minority positions and, in a famous passage, depicts a heavenly voice as responding to an ongoing dispute between two important rabbinic sages with the message, “These and these are the words of the living God.”

Beyond this, my Jewishness has shaped my identity in fundamental ways. Being perceived as “other” as a Jew was my first experience of otherness, long before I became a feminist. From a young age, I valued viewing the world from the perspective of an outsider. My life-long concern with issues of social justice came to me through Judaism. I certainly would not claim that the value of justice is exclusive to Judaism. But the idea of being kind to the stranger because we were strangers in the land of Egypt creates a powerful link between the central Jewish narrative and the ongoing task of repairing the world. I find the Jewish story a powerful story—both the biblical account of Exodus and wandering and the continuing saga of the survival of a tiny, often persecuted, people, over the course of three millennia. It feels like a tremendous gift to be part of that long history and at the same time to have lived through the immense changes wrought by feminism over the last forty years. These changes strengthen my conviction that Judaism is an evolving tradition, that it has repeatedly transformed itself and can continue to do so. I also value both the theological importance of community in Judaism and the specific Jewish communities that have enriched my life. When I sit and sing with my havurah (a small Jewish worship group), I do not experience God as king or warrior, and my experience weighs as heavily for me as what you call the core symbols of the tradition.

In another context, you asked me whether I am not concerned with how the image of God as dominating male Other will affect my granddaughter and other girls. Thinking about my granddaughter puts me in touch with a whole dense network of symbols, other than those most troubling to you, that is central to my experience of Judaism and that I hope will be part of hers. Already at fourteen months, when Hannah (my granddaughter) saw the table set for the Sabbath, she put a kippah (skullcap) on her head and pretended she was singing. True, her father recites the blessing over wine using male God-language, but is that more important than sitting with her family around the table for a relaxed meal, dipping her finger in the wine, or feeling the texture of hallah in her mouth? At her first Passover Seder, she got to see a table laden with symbols, to taste the crumbly matzah and dip parsley in saltwater, combining a taste of spring with the tears of slavery. In a couple of years, she will be able to spill ten drops from the second cup of wine when we name the plagues as an expression of sorrow for the drowning of the Egyptians. In the fall, she will taste apples dipped in honey for a sweet year, hear the blasts of the shofar,  and a couple of weeks later sit in our sukkah, decorated with pine needles and laden with fruit and gourds. Certainly, none of these symbols individually is as central as the male God, but together they make a web of sensuous, embodied connections to what it means to be a Jew. She will have at least one grandmother who will talk to her about how God is in all these things and can be thought of as a girl like her and not just as male. She will grow up in a family in which asking critical questions is part of what it means to be Jewish and will be taught to think about the stories and images she is being bequeathed. Do I wish that more Jews used Marcia Falk’s blessings instead of the traditional ones? Yes. Do I see her exposure to male language as something to be discussed with her and questioned? Yes. Would I prefer that she be deprived of all these experiences because of the centrality of male language? Definitely not.

It seems to me that, in focusing on the damage inflicted by the symbol of the male, warrior God, you discount all the positive things that Judaism (or Christianity) offers its adherents. As you yourself have discussed in numerous places in your writing, many historic Goddess traditions also contain warrior imagery. But this does not lead you to reject all such imagery; rather you edit and transform it. Why should I then reject, rather than seeking to transform, a tradition that has enriched my life in innumerable ways?

Judith Plaskow is professor emerita of religious studies at ManhattanCollege and a Jewish feminist theologian. This spring, she and Orthodox feminist Blu Greenberg are team-teaching a course at Yeshivat Chovevei Torah.

Like Loading...
‹ The Cooptation of Relational Theology: Another Example of the Erasure of Women’s Contributions to Theology by Dirk von der Horst
Betraying Bodies by Kelly Brown Douglas ›