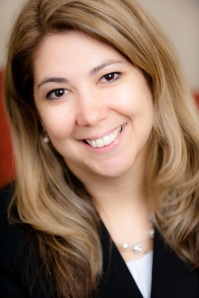 This election cycle has left many of us in a serious state of mourning.  The idea that Donald Trump could be elected president following the many bigoted, xenophobic, and sexist statements he has made seemed impossible, and yet it has happened.  Our nation has been left divided with various reactions to our President Elect.  Likewise, I have been wondering if hell has frozen over, because for the first time ever, Glenn Beck and liberals agree.

On the Trump side we have seen racist acts of violence across the nation.  Signs that say “white power” or “make America white again” have been showing up on church lawns, schools, and more.  And let’s not forget how many women have been told they are going to be grabbed by the pussy. If President Elect Trump can do it, why can’t they?

Supporters of Clinton began protesting following election night – some peaceful and some violent.  Many have begun subscribing to different press publications and sites in order to support journalism.  While others have begun making donations to Planned Parenthood in the names of Mike Pence and Hillary Clinton – the intentions of both are obvious.

We are experiencing a time in our nation with a divide so deep, it is almost reminiscent of the Civil War era.  This division by race, gender, and education points to the ongoing oppressive structures that exist in the US and beyond. Interestingly, 72% of Evangelicals who have claimed their Christian faith as the basis for their votes supported Trump. I wonder what Jesus would say about that?

With the slogan “Love Trumps Hate” being prominent throughout the election season, many believed Clinton was on her way to an easy win – particularly because of the hate rhetoric spewed by the Republican candidate, not to mention his lack of knowledge and experience.  With a Trump administration headed to the White House, a known white supremacist named as the chief of staff, and the many acts of violence that have occurred, many have begun to feel that in fact, hate trumps love.  And I have to be honest – I was one of them.

And yet, there is so much we need to be reminded of.  Those of us who are caucasian and feel the powerlessness that comes with a government we fear have never experienced this before. However, such a feeling of powerlessness exists on a daily basis for those who are disenfranchised in this nation. (Thank you to Dave Chappell and Chris Rock for making this point in the recent SNL skit.) As many of have felt victimized, this is the reality for so many as a result of the very social structures that we participate in.  First and foremost, it is critical that we take a step back and acknowledge that.

With such an understanding, I feel embarrassed to have succumb to grief. Instead, as Gloria Steinem rightfully stated, it is not time to mourn, but to organize.  Many of us have shed tears, felt shell shocked, and have been angry.  And certainly, as Xochitl Alvizo argues, there are times where anger is very appropriate.  However, it is how we use that anger that is important, and now, more than ever, it is critical that we channel that anger towards organizing movements that demand honoring the full humanity of every person. We as a people have the power to create positive change, and as Alice Walker says, “activism is [our] rent for living on this planet.”

Donald Trump is our President Elect; he has infiltrated the White House.  We cannot change that.  Maybe, as Dave Chappell said, we should give Trump a chance – but Trump has to give us – particularly the disenfranchised – a chance too.

We can give into the idea that hate trumps love; we can continue to feel powerless, to mourn, or we can remember our activist roots and push forward. We must recognize that the positive change that will come – and it will – is worth it.  It is up to us to ensure that love does trump hate and we must do it together.

I watched Kate McKinnon’s cold opening on SNL at least a dozen times. Her performance brought me to tears and her call to action stuck with me.  “I’m not giving up, and neither should you.”

Gina Messina, Ph.D. is an American feminist scholar, Catholic theologian, professor, author, and activist. She is also Co-founder of Feminism and Religion. She writes for The Huffington Post, has authored multiple publications and is the co-editor of the highly acclaimed Faithfully Feminist: Jewish, Christian, and Muslim Feminists on Why We Stay. Messina is a widely sought after speaker and has presented across the US at universities, organizations, conferences and on national platforms including appearances on MSNBC, Tavis Smiley, NPR and the TEDx stage. She has also spoken at the Commission on the Status of Women at the United Nations to discuss matters impacting the lives women around the world. Messina is active in movements to end violence against women and explores opportunities for spiritual healing. Connect with her on Twitter @FemTheologian, Facebook, and her website ginamessinadysert.com.

Like Loading...
‹ A Lament for My Daughter by Katey Zeh
Women, Theology and Identity as Believer by Vanessa Rivera de la Fuente ›