Answering the Call by Joyce Zonana

Very early in Henri Bosco’s 1948 novel Malicroix, a young man, Martial de Mégremut, living placidly amid fruitful orchards in a tame Provençal village, receives a letter informing him he has inherited “some marshland, a few livestock, a ramshackle house” from a reclusive great-uncle, Cornélius de Malicroix. Against his family’s strenuous objections–with alarm they speak of “marshes, mosquitoes, miasmas”–Mégremut resolves to travel alone to the remote Camargue to claim his “wild” Malicroix inheritance. The house is on an island, and to reach it Mégremut must cross a rough river, at night, in a frail wooden boat piloted by a taciturn old man who meets him at dusk in the middle of a vast plain.

So begins a deeply internal quest narrative, an initiatory journey that forces Mégremut to come to terms with himself and with the elements–earth, water, wind, and fire–that are ever-present, sometimes terrifyingly so, on the island. For once he arrives, he learns that he must remain there alone for a full three months if he wishes to obtain the inheritance. Torn about whether to stay or leave, he finds that the decision to stay is made of its “own accord,” unconsciously.

I first read Malicroix in the early 1970s, not long after I’d begun my own difficult journey toward independent selfhood. It struck a deep chord within me.

I’d been led to the novel by Gaston Bachelard’s The Poetics of Space–a phenomenological study of intimate space, “the space we love.” Focusing on images culled from poets and novelists, the philosopher Bachelard explores how humans experience and envision the places they call home.

A central example Bachelard uses is the house young Mégremut comes to inhabit on his lonely island. Called “La Redousse”–the redoubt, or refuge–it is a simple structure of plaster, planks, and reeds that “grip the island’s soil with steadfast roots.”

With no books to distract him, alone in a house with no furnishings other than a narrow bed, a table, some chairs, a desk, and a fireplace–the young man is forced to live with his thoughts, dreams, and fears–just as I found myself doing in the bare Brooklyn apartment I’d  rented at the age of 18 against my parents’ objections.

At one point, during a terrifying windstorm, Mégremut experiences the house as a “she-wolf” that hugs him close. “I felt its motherly scent reach down into my heart,” he writes. “It was, that night, truly my mother.”

I must have read and re-read that description, as quoted by Bachelard, dozens of times, imagining myself into that house, imagining that house as myself. Bachelard voices what La Redousse meant to me then: “Come what may, the house helps us to say: I will be an inhabitant of the world, in spite of the world.”

That’s what I was longing to be–an inhabitant of the world–despite my fears, despite my lack of the positive mothering I’d longed for in my familial home. My little Brooklyn walkup was my nurturing shelter, my own La Redousse, slowly giving me the strength to move outward.

I searched for an English translation of Malicroix, but could only find it in French. Having grown up speaking French, I was able to make my way through it–but much of the novel, with its long poetic passages and mysteriously mythic plot–eluded me. Because Bachelard had loved it so much–he called it a “vast prose poem” that he returned to again and again–I wanted, needed, to understand it. And so I set out to translate it myself. I was 25 years old, Mégremut’s age, when I approached publishers with my draft only to meet rejection after rejection: “the American public is not ready for a book like this,” one agent told me.

I put the translation aside, enrolled in an English Ph.D. program, and became an English professor. Some forty years later, needing a sabbatical project for the 2012-2013 academic year, I was inspired by a house to return to Malicroix.

The house–where I am living now during the Covid-19 crisis–is a small farmhouse in upstate New York, a place that once belonged to my brother and which first gave me shelter in 2005 after my evacuation from New Orleans in the wake of Hurricane Katrina. Built in the nineteenth century and set in a lonely field surrounded by a wild forest, this humble house allowed me even more deeply to imagine La Redousse and its sheltering, maternal embrace.

My “La Redousse” in the Catskills

My brother’s Catskill house invited me to re-enter Bosco’s world and to try once more to render it into English. And this time, to my astonishment and delight, I was awarded, first, an “emerging translator” mentorship from the American Literary Translators Association; then a grant from my university to visit the Camargue and Bosco’s archives in Nice; then a fellowship from the MacDowell Colony for a month of uninterrupted work; and finally, a publisher, the wonderfully adventurous New York Review Books Classics, under the direction of Edwin Frank. The book has just come out, fortuitously coinciding with the enforced isolation so many of us are now experiencing. 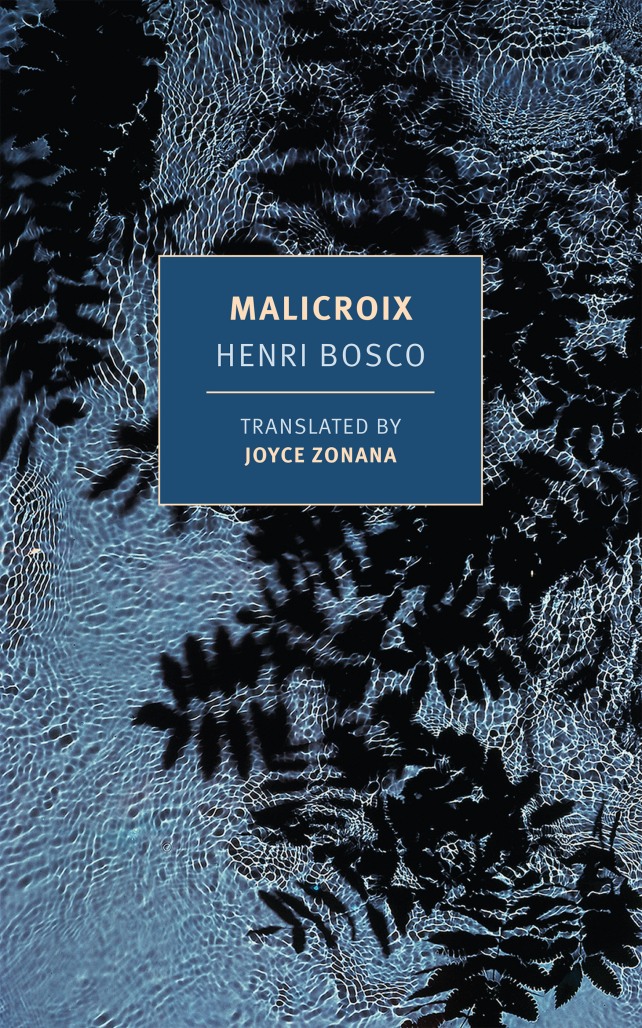 All along, I’ve believed that Malicroix had something valuable to offer English-speaking readers: an embrace of solitude, a profound connection with nature, a bold exploration of dream-states. Right now, it seems to resonate with our current moment of introspection and reassessment of priorities.

Bosco, a devout Catholic, was deeply drawn to paganism; for him, there was no incompatibility between the ancient divinities and the Christian God. Malicroix–like all his writing–is imbued with reverence for the natural world, a sense that the sacred can be found in a river, the wind, a small hearth fire, the rocks that grant us stable footing. Indeed, he once wrote: “il n’y a rien qui ne soit sacré–there is nothing that is not sacred.”

And although Bosco does not explicitly invoke the Goddess, I find Her everywhere in this novel, starting with the house that hugs the narrator close, “like a she-wolf.” I did not realize it when I first read the book when I was in my twenties, but Malicroix was one of the works that set me on the path toward the faith that grounds me today, even in the midst of a devastating global pandemic. I’m so grateful now to be able to share it with others.

Joyce Zonana is the author of a memoir, Dream Homes: From Cairo to Katrina, an Exile’s Journey. She recently completed a translation from French of Tobie Nathan’s Ce pays qui te ressemble [A Land Like You], a novel celebrating Arab-Jewish life in early twentieth-century Cairo, forthcoming from Seagull Books. She served for a time as co-Director of the Ariadne Institute for the Study of Myth and Ritual. Her translation of  Henri Bosco’s Malicroix is available from New York Review Books Classics, and her translation of Jósuè d’Arbaud’s The Beast, and Other Tales is due out in September from Northwestern University Press.

Like Loading...
‹ Redemptive Forgetfulness by Marcia Mount Shoop
The Benefits of The Plague….and Trump by Karen Tate ›