About Bridgerton: A Different Feminist Perspective by Christine Irving 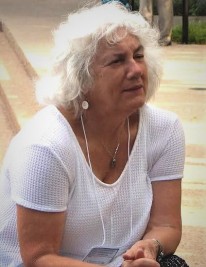 First of all, I’m grateful to Bridgerton for providing several spirited conversations between my friends and me, not to mention the POVs penned recently in these pages.  It was fun to take part in exchanges that did not highlight or veer off into either politics or the COVID-19 epidemic.

What first drew me to Bridgerton was the fun of it – the blatant over the top spoofery and satire so like the Commedia dell’arte it so brilliantly imitates.  The Commedia got away with its mockery of society because it disguised it beneath a froth of opulent, frippery, and coarse buffoonery that distracted the rich (but not the poor) from its real message about the foolishness and vanity of the ruling class.  So does Bridgerton, but in this case, the culture being satirized and unveiled is ours.  Unlike those earlier dramatists, in our age we fortunately and so far, at least in this country, still enjoy much greater leeway in making mockery.  “Huzzah!” I say.

None of the earlier comments about Bridgerton mentioned race.  Or that the crazy king was George III ruler of England during our Revolutionary War with its Declaration of Independence and subsequent Constitution proclaiming equality and happiness for all who could afford it.

In the show, his Queen is black.  Because of her influence, people of color have been promoted into the peerage and been accepted on sufferance, as equal members of society.  This fact is presented first and explained later in tidbits so brief one might easily miss it.  When the series begins all the viewer sees is a fait accompli to which no one seems to be paying attention.  Later we find this equality is precarious and hangs on a white mad man’s whim.

The story unfolds in true Jane Austen manner showcasing rebellious teenagers protesting the attempts of anxious mothers looking to marry off their daughters because they understand the dire consequences inherent in spinsterhood and poverty.  The difference here is the very clever way the writers incorporate both archetypal and literary allusion to show how a patristic misogynistic society can harm and distort the characters and actions of the dispossessed.

Take the contrast between the Good Mother whose love, compassionate understanding of human nature and pragmatism enable her to raise a loving, deeply bonded family of interesting and complex individuals, while the Bad Mother, equally pragmatic, lacking love becomes brutal and incapable of demonstrating affection or mercy, thus turning her two eldest daughters into unpleasant empty ciphers. 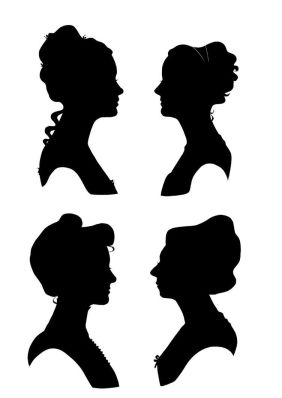 In both cases the two youngest daughters (in fairy tales it is the youngest sibling who is the dummkopf, the underdog) are the odd ones out.  Eloise, (who resembles her namesake of Plaza fame) daughter to the Good Mother, peculiar and longing for education, proudly bears the suffragette flag long before her time.  Her best friend, Penelope, youngest child of the Bad Mother, is short, plumb, intelligent, and discounted by her mother and sisters as unmarriageable.  These two get up to secret shenanigans that move the plot along.

Another thing Bridgerton does well is develop its characters.  In the beginning one sees the characters as they appear on the surface.  Gradually the audience is introduced to their backstories.  As our understanding and compassion about what makes them tick grows, we get to observe many of them move slowly toward greater maturation.  I find this an unusual, worthy, and particularly satisfying aspect of these episode.

The relationship that explores this most fully, exists between the couple who begin as antagonists and end up marrying.  The most interesting and edifying part of their story tells how these two people, finding themselves deeply divided on an issue which has merit on both sides, come to mutual understanding and forgiveness.  Their love for each other is never in question, never at issue, and makes the conflict that much truer to life and more difficult to bear.  For me, the most telling scene comes near the end of the series when nature in the form of a rainstorm rushes down to sweep away every last vestige of false pride and artificiality, restoring the lovers to a primal joy in each other and the world.

In short dear Readers, I saw a true portrayal of the damage done to both women and men by the current culture and a very strong indictment of that culture by the writers and producers of this screenplay.  I hope that those who plan to eschew it change their minds and take a closer look at the issues and themes beneath the surface.

Christine Irving is ordained as a Priestess of Isis in both the Fellowship of Isis and the Gnostic Church of Saint Mary Magdalene.  She is an experienced ritualist, facilitator of women’s circles, and workshop leader.  Christine is an accomplished poet with seven books of poetry as well as one collaboration.  Her recent workReturn to Inanna, revisits the myth of Inanna and explores its relevancy to the spiritual life of modern women.  She is also the author of Magdalene A.D., an historical novel about Mary Magdalene as she undertakes a parallel physical and spiritual quest many years after the crucifixion of Christ. Find her at her website: http://www.christineirving.com/  or check out her blog https://wordpress.com/view/magdalenesmuse.wordpress.com

Like Loading...
‹ Guadalupe Rises Again by Sara Wright
A Failed Insurrection and Two Impeachments, the Ending Legacy of the Trump Administration by Anjeanette LeBoeuf ›