Home › Politics › A Failed Insurrection and Two Impeachments, the Ending Legacy of the Trump Administration by Anjeanette LeBoeuf

A Failed Insurrection and Two Impeachments, the Ending Legacy of the Trump Administration by Anjeanette LeBoeuf 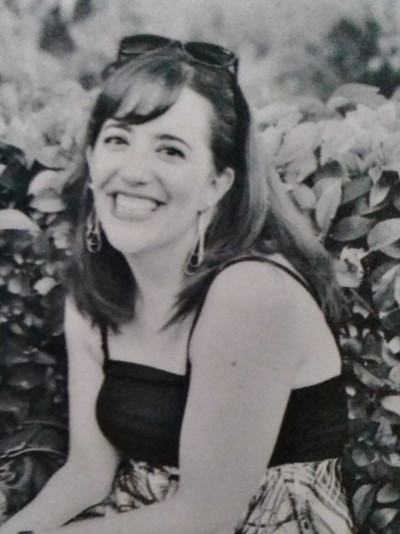 It has been hard to do anything other than absorb and witness what has been happening since January 6th. The day started off with amazing news that both Rev. Raphael Warnock and former intern for John Lewis, Jon Ossoff had both won Georgia Senate seat races. Thus, solidifying Georgia turning back to “Blue.”  The day ended with a failed insurrection lead by Trump supporters raiding the National Capitol trying to stop Congress from certifying the 2020 election of Joe Biden as the 46th US President. We are still processing what happened on January 6th, we also must be very clear on the language we use and the accountability we enforce.

This was a failed coup, an attack on U.S. democracy, a militarized and coordinated attempt that was spurned by lies, hatred, and toxic patriotism. Currently the FBI, D.C. police, and other police agencies have arrested over 85 persons who participated in the failed insurrection. Many have been put on the ‘no-fly’ list and some have found themselves fired from their jobs. It is estimated that over 6,000 were at the Trump morning rally and Capitol raid. And while we are seeing the slow efforts by our justice systems to arrest and convict those that participated in the failed insurrection, we can hold those accountable who fueled those flames, Donald Trump, US Senators and House Representatives, and businesses who funded them. As of 1/13, The House of Representatives voted to impeach Trump for a second time, this time on high crimes and misdemeanors for the ‘incitement of insurrection.” The second Impeachment contains the intention in seeking to bar him from every holding office again. This is the first time in U.S. History that a sitting President has been impeached twice. Vermont Representative Peter Welch stated,

“If we want unity, we must have accountability. So, the question before this Congress: will Congress condone through acquiescence, or condemn through impeachment Donald Trump’s violent acts to overturn the election?”

The Senate is now charged with decided to prosecute, remove, and/or bar from ever holding office again. 197 House of Representatives rejected their Congressional oaths by voting against impeaching Donald Trump. Below is the list of Republicans who voted in favor of the 2nd Impeachment.

It was not just Trump who has blood on his hands, we also need to hold his politician supporters and foot soldiers as complicit participants in the events of January 6th. They need to be censored, removed from office, and indicted for sedition. Not only have these members of Congress perpetuated the ideas set forth by Trump that the 2020 election was rigged, inaccurate, and corrupted they also supported the multiple lawsuits against 6 different state’s elections and brought resolutions to the US Congress. Even after the Senators and Representatives emerged from sheltering in place, 157 members maintained their complicit actions of sedition, falsehood, and corruption.

There were a few Senators who withdrew their support of rejecting of certain state’s elections, but 8 Senators maintained their treacherous positions. Here are the names of the Senators who have disregarded their Congressional Oaths and are complicit in the insurrection attempt of January 6th.

John Kennedy is up for reelection in 2022. Josh Hawley, Rick Scott, and Ted Cruz are up in 2024. The other 4 were just reelected and have a 6-year term. This should not deter us from seeking accountability for their actions. The hypocrisy of the Republicans in the House of Representatives is that all were up for elections in 2020. This includes the representatives of states that they opposed the validity of elections. Here are their names:

We are now hearing from members of Congress that many have tested positive to COVID19 due to sheltering in place with Republican members profusely refusing to wear masks. Here are those names:

All these members should be removed from office, in the coming weeks or for ALL those representative’s removal in their next election in 2022. We also need to make sure that Mitch McConnell, Lindsey Graham, and others who have long been Trump’s right arm also have to pay for the actions, legislature, falsehoods, and crimes they have committed during this presidency.

And while it is important to know every name associated with the events of January 6th who contributed it is also important that we recognize and honor those that stood up against the unthinkable:

The countless journalists who allowed us to witness the events and were at the front of the onslaught, the Congressional aids, and Capitol Police officer, Eugene Goodman.      Officer Goodman found himself on January 6, 2021 facing something he had only trained for, being outnumbered as an angry mob was advancing into the National Capitol. The courage under fire is seen in his actions as he willingly became the target to draw the angry horde towards his person. This action gave the entire Capitol’s members and guests more time to escape to safe areas. The video of this lone officer is chilling.  Fair warning to watching this clip:

He should be awarded the Congressional Medal of Honor for his actions saved lives, our country, and our democracy.

The others who should be lauded on this dark day are the congressional aids. The female congressional aides were smart enough and courageous under fire to remember to bring the Election ballot boxes with them as the entire Capitol was being evacuated. These young women saved our country, our democracy, and the people’s voice.

Their quick thinking and knowledge on how to handle a security threat is a product of their school environments. They have been trained for this traumatic moment, a product of gun violence in schools, attack shooter drills, and the countless other gun violence tragedies that have occurred in our nation. Their presence of mind is something that needs to be lauded, valued, and taught. These few are bright reminders that even in the darkest of times, light and goodness will always win.

So dear readers, reach out to your representatives demanding accountability for January 6th, wear your masks, wash your hands, and see you on the other side of January 20th.

Anjeanette LeBoeuf is hunkering down during this pandemic and hopes all that reads this are safe and well. She is the Queer Advocate for the Western Region of the American Academy of Religion. Her focuses are divided between South Asian religions and religion and popular culture. She is focused on exploring the representations of women in all forms of popular culture and how religion plays into them. During this pandemic, she has started to tackle to read the mounds of books that have piled up and is simultaneously reading YA fantasy books and strenuous academic books.

Like Loading...
‹ About Bridgerton: A Different Feminist Perspective by Christine Irving
The Day(s) after Epiphany(ies) by Elizabeth Cunningham ›