Home › Feminism › “I’m in love with Judas”: Names and Taboos within the Scholarly Arena of Religion and Biblical Studies By Michele Stopera Freyhauf

“I’m in love with Judas”: Names and Taboos within the Scholarly Arena of Religion and Biblical Studies By Michele Stopera Freyhauf 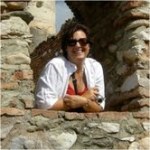 Names provoke opinions, responses, and even controversy.  Lady Gaga’s song “Judas” is a perfect example of this.   Before this song was released, the title “Judas” stirred controversy throughout the nation just because of its name.  If one takes the time to read the lyrics, you find a human struggle summed up with the phrase, “Jesus is my virtue but Judas is the demon I cling to.”   To look beyond the name, a deep theological fight that is relevant to every one of us emerges; struggling between what you know is right but being drawn to what you know is wrong.  Within this song lays a fundamental dichotomy of betrayal and forgiveness that is overlooked because of a name, Judas, or what Mary Elizabeth Williams calls a “Christian taboo.”

The word “taboo” refers to something that is inappropriate or unacceptable by society , and can also indicate ostracizing.  It seems strange to apply this word to female scholars in the field of Religion and Biblical Studies; but it fits.  Scholarship that is identifiably authored as female brings about scrutiny and opinions of inferior quality or lack of creditability; after all “what does a woman know?”  Women and scholarship, especially in the male-dominated fields of Religion, Biblical Studies, and Archaeology, are in fact “taboo;” unaccepted, improper, ignored, and shunned.  This issue was first brought to my attention at a Women’s Luncheon at the annual meeting of the Society of Biblical Literature (“SBL”) in 2008.  Carol Meyers, a professor of Religion at Duke University, was being honored for her mentorship to women in the field of biblical studies.  Amy-Jill Levine, an earlier recipient of this award, introduced Meyers.

During Levine’s introductory speech I heard an unbelievable story of personal struggle for creditability within this male-dominated discipline; a struggle due, not to the quality of her scholarship, but because her name was identifiably female.  She disclosed publishing under the initials A.J. at the recommendation of advisors in the field thus shielding her gender. She also co-authored works with notable Old Testament Scholars like James Charlesworth and Jacob Neusner, to further gain creditability.  Within this speech she recalled the surprise of people who contacted her only to find a female voice on the other end of the phone line.  She even talked about retractions in speech offers after her gender was discovered.  Levine was considered taboo in her field of study and unfortunately her experience was not an isolated one.

Meyers had a similar experience.  Meyers also published under her initials, C. L.  She also published with her husband and was often noted as a contributor.  Thinking this was an issue in 1887 not 1987, these stories really caught me off-guard.  Considering a woman scholar to be taboo in the field of Religion and Biblical Studies was not on my radar. Unfortunately, there does not seem to be much indication that this mindset will change. In a 2009 SBL Society Report, only 23% of their members are women, which equates to a huge gender gap in this field.  Membership consist mostly of graduate students and Ph.D’s.  SBL has committees available, not just for mentoring and networking for woman, but for the advancement of women within this field.  Even with these efforts, I do not foresee the gender gap closing anytime soon; in fact, it could certainly widen.

In my opinion, two major reasons exist for this continued gap.  The first is at the institutional level; the availability of Ph.D. programs and unavailability of institutional funding. In a 2009 study, the total women earning Ph.D.’s was estimated at 47%.  Of those, only 29% were awarded in the field Religion/Religious Studies.  Here men are still significantly outpacing women in this field.  The second reason is based upon Religion and Biblical Studies being a patriarchal-focused field of study; women in this area are still considered to be taboo.  Many times the feminist voice is translated into nothing more than an angry female ranting against the patriarchs who validate the second-class treatment of woman, lacking any backing of scholarship to support their opinion; I disagree.  Female scholars are equally as educated as their male counterparts and examine the text using the same exegetical tools.  Certainly the outcome, as well as the hermeneutic, may differ based upon the individual scholar, exclusive gender.

With the unavailability of programs, diminished funding, and still very prevalent patriarchal focus that this field has, female scholarship was and will continue to be taboo.  To discount the contribution and quality of scholarship based upon a name is not only short-sided but foolish.  The bottom line is that gender does not make or break a scholar; poor scholarship does.  Poor scholarship is not dependent on whether or not you have a Y chromosome.  Women have made and continue to make significant contributions impacting the field of Biblical and Religious Studies.  It is time for this taboo to be removed.

Upon graduating with my Undergraduate Degree from Ursuline College, my Mentor, Dr. Natalie Kertes Weaver, gave me a book, The Women’s Bible, with the words inscribed, “seek out your foremothers in your journey.”  Little did I know that my foremothers were not only pioneers like Elizabeth Cady Stanton, but were women living in my lifetime; women like Amy-Jill Levine and Carol Meyers.