Home › Activism › Feminists Be Silent! Making a Stand in Solidarity with our LGBT Friends Against Bullying and Harassment By Michele Stopera Freyhauf

Feminists Be Silent! Making a Stand in Solidarity with our LGBT Friends Against Bullying and Harassment By Michele Stopera Freyhauf

“A Day of Silence” occurs tomorrow, April 20th.  Created in 1996, University of Virginia students wanted to raise awareness of the bullying and harassment of issues that LGBT students faced on campus.  Since then, A Day of Silence makes a statement against those who have tried to silence LGBT teens and young adults in school through harassment, bias, abuse, and bullying. Participating students, led by GLSEN, will hand out cards that read the following:

“Please understand my reasons for not speaking today. I am participating in the Day of Silence, a national youth movement protesting the silence faced by lesbian, gay, bisexual and transgender people and their allies in schools. My deliberate silence echoes that silence, which is caused by harassment, prejudice, and discrimination. I believe that ending the silence is the first step toward fighting these injustices. Think about the voices you are not hearing today. What are you going to do to end the silence?”

The issue of bullying LGBT teens resonated with the world when Tyler Clementi took his life in 2010 after his roommate secretly transmitted via webcam Tyler’s sexual encounter with someone of the same sex. Tyler’s suicide brought national attention to the issue of bullying and harassment that LGBT people face.  To my chagrin, while writing this article, another victim fell.  Kenneth Weishuhn, Jr., a 14-year-old gay teen, committed suicide because of the intolerable harassment and bullying he dealt with at school.

To really understand the magnitude of this issue, I wanted to examine the statistics surrounding bullying. The numbers are staggering. However, when adding the LGBT component to that same teen, the numbers escalate.

For example, the National Child Traumatic Stress Network found that 9 out of 10 LGBT teens experience some type of harassment of school.  Two-thirds felt unsafe due to their sexual orientation and one-third felt unsafe due to their gender expression.  According to the CDC, LGBT teens in grades 7-12 are twice as likely to attempt suicide the heterosexual teens in this same grade range.  This is due, in large part, to the same issues Tyler and Kenneth faced – bullying and harassment. LGBT young adults who experienced high levels of rejection were:

Recently, an inspirational story of 10-year-old Gerry Orz prepares a short film about his experience and reaction to being bullied.  He was harassed and bullied for being “too tall,” “having gay parents,” having a parent who is a foreigner, being too honest, being too polite, and being too Jewish.”  This video commemorates his “Day of Silence” with the message hope of promoting  tolerance, resilience, and activism.  Its odd and almost magical to think that someone so young can set a precedent and be an example to his peers and anyone else who comes into contact with him.

On the CDC’s website, tips about bullying are posted that are designed for administrators and parents.  Sometimes as parents, this can be difficult because when reaching out and contacting the school to put the administration on notice about the bullying, your child could suffer retaliation for this act. This avoids the potential for more brutal attacks and harassment for your child. Or does it?  I was both surprised and relieved when Facebook announced they are taking a proactive stance against bullying, harassment, and teen suicides.  They are also providing free individual and private one-on-one chat with a suicide prevention counselor on Facebook. This is meant to be an outlet for help.

Besides helping the Tyler’s of the world, this new feature could also be beneficial to Jonah Mowry, whose video on youtube portrays his own struggles with being bullied as a gay teen.  This video was made to convey two messages.  The first was his fears of going back to school and enduring more harassment.  The second is a means of “coming out” to his parents.

The issue of not wanting to go back to school because of the daily harassment provides a negative learning experience. Mental Health America states that LGBT teens that are subjected to bullying and/or harassment may be in danger of compromising their educational success: 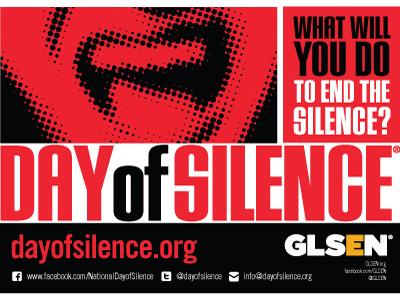 •    Gay teens in U.S. schools are often subjected to such intense bullying that they’re unable to receive an adequate education. They’re often embarrassed or ashamed of being targeted and may not report the abuse.
•    LGBT students are more apt to skip school due to the fear, threats, and property vandalism directed at them.  One survey revealed that 22 percent of gay respondents had skipped school in the past month because they felt unsafe there.
•    Twenty-eight percent of gay students will drop out of school. This is more than three times the national average for heterosexual students.
•    LGBT youth feel they have nowhere to turn. According to several surveys, four out of five gay and lesbian students say they don’t know one supportive adult at school.

Like any other issue that is considered to be controversial, last year’s event was marked with resistance.  According to Michael B. Keegan, this was the religious right – staunch advocate against gay rights.  Focus on the Family even armed students with “conversation cards” to talk to students about why being gay is wrong.  These cards contain “what the Bible really says about His redemptive design for marriage and sexuality.”  This year is no different.  Linda Harvey, President of Mission America urges the “rejection of sin-affirming pro-homosexuality event.”  Harvey states that this movement promotes homosexuality and gender confusion.

Using the Bible and Religion in this way is a means of terror and a form of bullying in and of itself.  Tolerance, compassion, and love should be extended to all of God’s children.  Christ reached out to everyone.  He did not discriminate. Tomorrow I will stand in solidarity with the LGBT community, in silence.  Will you join me?

More information about this day is available at http://www.dayofsilence.org/

Michele Stopera Freyhauf is currently at the University of Akron doing post-graduate work in the area of the History of Religion, Women, and Sexuality. She is interested in rhetoric, post-colonial theories and exegesis, historical memory, and the influence on the religion focusing on the subaltern, specifically in the area of liberation, genocide, and forced migration. She has a Master of Arts Degree from John Carroll University in Theology and Religious Studies and is an Adjunct Professor in Religious Studies at Ursuline College.  Her full bio is on the main contributor’s page or at http://johncarroll.academia.edu/MicheleFreyhauf .  Michele can be followed on twitter @MSFreyhauf.

Like Loading...
‹ Reproductive Justice by Gina Messina-Dysert
Presumed Guilty by the Sin of Silence: U.S. Nuns, Network, and The Congregation for the Doctrine of the Faith by Cynthia Garrity-Bond ›