Home › Activism › What About Contraception in Pope Francis’s Promise to the Poor? by Dawn DiPrince

What About Contraception in Pope Francis’s Promise to the Poor? by Dawn DiPrince 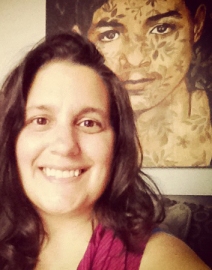 Pope Francis, at nearly every opportunity – including the choice of his name, has symbolically expressed a commitment to the poor. In just a little over a month, he has declined the customary gold papal cross, the ermine-trimmed red velvet cape, and the showy red loafers worn by his predecessor. He has refused the palatial papal penthouse apartment and is currently living in a two-room suite among the Vatican’s cardinals.

In additional to a more austere lifestyle, Pope Francis has spoken out about the world’s poor. His namesake is St. Francis of Assisi, who famously worked for the poor and for peace. The Pope claims he was inspired to take the name Francis when remembering a friend’s urging to “not forget the poor.” More to the point, Pope Francis has stated that he wants “a Church which is poor and for the poor!”

While the traditional Catholic blogosphere laments over the apparent end of the Benedictine reforms aimed to return Catholicism to its pre-Vatican II rules and rituals, social justice Catholics – like me – have delighted in the promise of a church that opens its arms to all including the poor. Pope Benedict not only delighted in the luxuriant trappings of his papal privilege, but he worked to build an exclusionary church. For example, in the recent frustrating and unnecessary revision of Mass language, Pope Benedict changed the inclusive language of “it (Christ’s blood) will be shed for you and for all so that sins may be forgiven” into the more judgmental language of “. . . will be poured out for you and for many for the forgiveness of sins.” For many of my fellow left-leaning Catholics, Pope Francis appears to be an antidote to a regressive Church clinging to outdated traditions.

Sister Joan Chittister recently wrote beautifully and optimistically about Pope Francis’s commitment to the poor and what that would mean for women. She points out:

She notes – somewhat challengingly – that since the new Pope is committed to the poor than he must also be committed to the plight of women. I agree with Sister Joan’s analysis that we can only eradicate poverty if we address the inequity of women. But, I wish I shared her expressed optimism. First of all, I only hear Pope Francis speak to “serving” the poor, which looks dangerously like old paternalism that often reinforces oppression rather than relieves it. I have yet to hear Pope Francis speak about the eradication of poverty – something different and much more meaningful than simple papal austerity. Tackling poverty requires a deconstruction of systems, like the patriarchal Church, that perpetuate impoverishment, especially through practices that oppress women.

I am grateful to Pope Francis’s gestures of simplicity, but the people of the world need more than symbols. If Pope Francis were truly committed to the earth’s poor – who are mostly women, he would revise the Church’s outdated policy on contraception.

Since the invention of the birth control pill, common sense and countless studies tell us that poverty is reduced when women control their own reproduction. Yet, a Guttmacher Institute study indicates that 215 million women who want to avoid unwanted pregnancy still have no access to birth control. Access to contraception and the blessing to use it would do more to alleviate poverty for the millions who live on the margins than any washing of feet or soup kitchens.

In the face of such overwhelming research, a continued Catholic prohibition on contraception sadly points to a Church and a Pope who believes it is more important to control the sexuality of women than it is to serve the poor. Pope Francis is new; let’s hope, with his for-the-poor agenda, that he is as willing to shun the anti-contraception traditions of the Church as he was the red velvet and ermine.

Dawn DiPrince is a writer, teacher, mother, and community activist. She is an outspoken and practicing Catholic and is a vocal advocate for motherhood issues, LGBTQ rights, and immigrant rights. DiPrince is active in local progressive politics and was awarded the community’s Pride award for her work in passing same-gender domestic partnerships for City employees. DiPrince currently works for a local museum and writes for her own blog Searching for Mary – an exploration of Catholicism, women and social justice.

Like Loading...
‹ Rituals Of Spring and Greek Easter by Carol P. Christ
Lady of the Trees by Mama Donna Henes ›