Mazel Tov Tzidkaniyot of the Wall by Ivy Helman 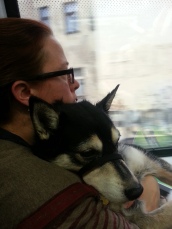 I have never understood the logic behind sexism. Why is half (or so) of the human race better than the other half? Of course, patriarchy and patriarchal religious traditions offer various seemingly logical reasons, sometimes even divine explanations for the inequality between the sexes. Still, the –isms of patriarchy, whatever their “reasons” or perhaps better excuses, puzzle me.

Even more puzzling are the steps patriarchy-orientated men and women take to preserve these distorted systems. Violence usually goes hand-in-hand attempting to control others in order to preserve the status quo. Obviously if you need to resort to violence to keep people in their place, there is something horribly wrong with society. That being said – one could say that almost no society, nation or culture in our modern times doesn’t have some form of patriarchal violence within it. One would be correct to attribute some measure of the increase of violence to globalization, capitalism, fear, past colonialism and/or neocolonialism. Nonetheless one is hard pressed to find a culture without sexism, without patriarchy and without the need to keep the system in place through violence. 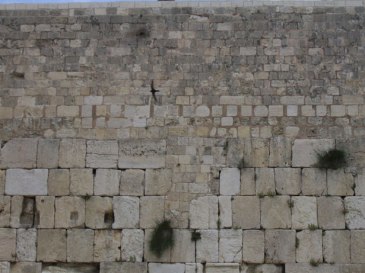 Let’s look at one example: the Kotel, or Western Wall. For more than 27 years, the Women of the Wall have had to endure various kinds of physical, emotional and religious abuse from Ultra-Orthodox and (some) Orthodox men (and some women) all because they fight to end various forms of Ultra-Orthodox and Orthodox sexism. They have been belittled as immodest, as disrespectful and as irreligious. They have been verbally harassed, told to wear their tallitot more like scarves and even forcibly carted off by police and arrested. Yet, all they want is an end to the sexist policies at the Kotel and the strict control of its administration by only one stream of Judaism. Yet, they know that with their success, more than just the policies of the Kotel will change. 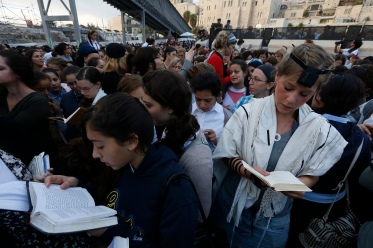 In fact, just last week, Israel announced the creation of a third space at the Kotel. This was the result of negotiations that included the Women of the Wall. The Women write about this outcome saying, “For Women of the Wall, representing religious women from across the Jewish denominational spectrum, the creation of a third section of the Kotel sets a strong precedent in women’s status in Israel: women as administrators of a holy site, women as leaders, women as influential force not to be ignored or silenced… This pluralistic section will provide matching religious services but with ideological diversity, with Torah scrolls, a myriad of choices of prayer books and a strict policy of inclusion, tolerance and acceptance of all who worship there.” This change not only gives women more than just the right to read the Torah publically at the Kotel (which in itself is incredible), but it also impacts the control one interpretation or stream of Judaism has had over religious sites and many government policies in general.

As I wrote many posts ago, religious feminists contribute much to the feminist cause and rather than being written off, they should be acknowledged for the many contributions they have made. In fact, I’m pretty sure it was the Women of the Wall’s understanding of Judaism as justice-seeking, egalitarian and diverse that both enlivened their feminism and motivated their actions.

The Women of the Wall are heroines. In Jewish terminology, we may even call them, and their allies, tzidkaniyot, wise and righteous women who struggle for justice for the oppressed. Their vision of the holiest Jewish site in all of Israel as affirming women and including diverse expressions of Judaism will soon be a reality. We and future generations will benefit from knowing that diversity can thrive and that inclusion is imperative. This is true not just in Judaism but also in larger society. Yet, even before the announcement of this third space, these tzidkaniyot gave hope to thousands of Jewish men and women about the possibilities of egalitarianism, the power of women’s voices and their commitment to making change in spite of the personal cost. They are role models for us all. Thanks to them and thanks to Israel for making this change.

I can’t imagine what that first Shehecheyanu or blessing will be like there. I look forward to coming and celebrating in the new space with you and saying my own Shehecheyanu there.

Ivy Helman, Ph.D. is feminist scholar and faculty member at Charles University and Anglo-American University in Prague, Czech Republic where she teaches a variety of Jewish Studies and Ecofeminist courses.  She is an Associate of Merrimack College‘s Center for the Study of Jewish-Christian-Muslim Relations and spent many years there as an Adjunct Lecturer in the Religious and Theological Studies Department.  In addition to teaching and research, Ivy spends considerable amounts of time learning Czech, painting, drawing, creating new kosher delicacies and playing with her dog, Mini, and cat, Gabbi.

Like Loading...
‹ Painting Jane Addams by Angela Yarber
Dear Gloria: The Feminist Candidate I Can Believe In Must Be Unbossed and Unbought by Carol P. Christ ›