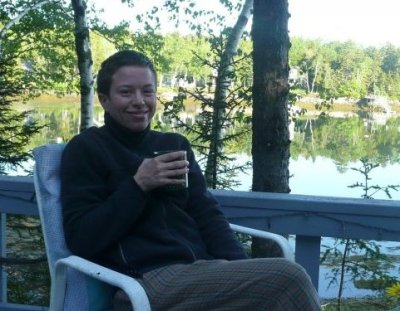 I’ve admired JC for years.  That’s Joan Chittister, OSB the Benedictine nun of course.  I first saw her speak when I was in graduate school and she visited Yale.  I’ve also read a number of her books.    Her life is an example of how religious people support feminist ideals.    There is a story in Beyond Beijing: The Next Step for Women: A Personal Journal that I would like to share with you

Chittister began her historic journey on the Peace Train to the UN Conference on Women in Beijing in 1995.  As she  entered a conference room to register as a Peace Train participant, she was handed a large manila envelope.

To her surprise it was filled with condoms. At first, she thought that the woman who handed them to her meant to hand them to someone else.  However, Chittister was told (quite emphatically according to her) that she should distribute the condoms to the health workers she encounters while on the train and in the small towns she visits along the way to Beijing.  Eventually after much thought, Chittister decided to do just that and stuffs the manila envelope into her backpack.  Trying to find some humor in what she considered an awkward situation for a nun to be in she remarked, “Now all I have to do is to try not to die in front of some bishop with condoms in my backpack.”

My first reaction to this story is to laugh along with her.  I am also struck by her thoughtfulness to share the story publicly.  She could have been given the envelope, quietly distributed the condoms and then never told a soul.  But, no.  She includes the account of this feminist action she undertook in her book for the world to read.  What an amazing amount of courage and integrity this woman has!

Chittister shows a side of religion not regularly seen within feminism: the  religious individual committed to feminist ideals who is willing to go public with her religiously grounded feminist opinions. I recalled her story while preparing some lectures on the Civil Rights Movement and Feminism for  my classes this week.  Pouring over pictures and documentaries, I noticed something striking.  The documented history of the Civil Rights Movement includes many images of priests, ministers, nuns, rabbis and other clergy from various religious traditions.  Many of the stories show churches as organizational bases,  Many people of faith from Northern states purposely made the trek to the South to help in the struggle.  The Civil Rights Movement was supported by and intimately connected to various religious traditions within the United States.  But in comparison, the pictures of the Feminist Movement, are devoid of religious leaders.
Where are the clergy?  Both movements share many similar goals like justice, equality, rights, freedoms, access to education and the end of discrimination.  Both movements are centered around respecting and uplifting the worth and dignity of each human being.  Where is the religious presence within the feminist struggle?  It is no secret that Christian, Jewish, Muslim and various other religious leaders played a very public role in the Civil Rights Movement, a role that we don’t see in feminist circles.  Often, when we do see public appearances by religion into feminism, it is often a public statement that directly contradicts feminist aims.  For every hour we spend discussing how to integrate feminism into religion, we should be devoting equal amounts of time thinking about how to integrate religion into feminism.  This is necessary to add power and integrity to our liberation movement.  If religion really is about love, peace, justice, mercy, compassion, an end to suffering and helping our neighbors, which I think it is, then religion should play a public role in support of women’s rights.  Religion should inspire, support and embrace feminist commitments.
Likewise, we need to have serious discussions about how religious people (clerical and lay) can play a more public role within the larger feminist movement to help women find wholeness, safety, access to education, proper healthcare, control over their own bodies, empowerment, their own moral agency, employment and many other goals.  Feminism isn’t just about women, it is about humanity and creating a more just, fair, equitable and safe world – it has the same goals as religion!  We need to stop seeing the two as enemies but as partners.  Religion must support us feminists when we march on Washington, when legislation threatens to take away our own control over our bodies, when injustice causes a woman to be paid less than a man, when women and girls have to walk four hours in one direction just to gather drinking water to name just a few instances.
In as much as religion needs to be better at supporting feminist aims, it is important to recognize all the work religion is doing in the struggle for justice by creating our own narrative.  Those of us intimately involved in the intersection of feminism and religion should do just that.   We need to show others a counter-narrative to both some feminist claims and many religious claims that argue that religion and feminism are incompatible.  This counter-narrative should illustrate just how much and how often religion is making positive contributions toward feminist aims.

Here is what I propose: we do that here and now.  I am going to detail one small but extremely important example that I’ve encountered recently.  In the comments section, please add to this list.  Hopefully, as we compile this list together, we will inspire one another and create a sense of hope and renewed dedication to our common struggles.  Thank you for sharing.

1.  The sign in every bathroom at my shul in Lowell, MA about Sexual Assault and Domestic Violence.  It lists a hotline number as well as explains the various options you have if you have been a victim of domestic violence and/or sexual assault.  Some of the options include (I don’t have access to the sign as I write): you have the right to medical care including STI testing, you can choose what kind of treatment you do or do not follow, you have the right to be safe and anti-pregnancy pills can be taken up to 72 hours after rape.

Like Loading...
‹ Presumed Guilty by the Sin of Silence: U.S. Nuns, Network, and The Congregation for the Doctrine of the Faith by Cynthia Garrity-Bond
1972: Can We Talk? — Looking for Spaces to Share by Lisa Clayton ›