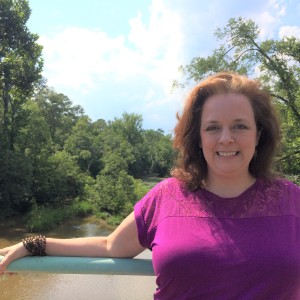 Last month, I attended a lecture by Anglican theologian Adrian Thatcher on his recent book, Redeeming Gender. In this book, Thatcher draws upon the one sex and two sex theories described by Thomas Laqueur in his book, Making Sex: Body and Gender from the Greeks to Freud. Laqueur posits that until the eighteenth century, it was believed that women and men were two expressions of the same basic sex – that women were men whose reproductive organs were similar but found in the “wrong” places. Ovaries were internal testes, the vagina an inverted penis, and the labia a parallel for the scrotum – all making women flawed expressions of man.

This sets up a continuum in which there is one sex rather than two, with men as more perfect expressions of man, and women as inferior expressions. Thatcher argues that if the language, liturgy, and doctrines of the church arose in the context of the one sex theory, then Christianity’s foundational beliefs and practices are already compatible with acceptance of a spectrum of gender identity within a one-sex model, opening up new interpretations that allow for full participation of women and LGBTQ+ people within the church. While the old one sex theory as described by Laqueur is a spectrum from more to less perfection, from more to less like God, the spectrum Thatcher proposes is clearly progressive – one in which all places along the spectrum share in the same equality.

And yet it is still a linear spectrum, with extremes envisioned as opposites, as distant from each other. 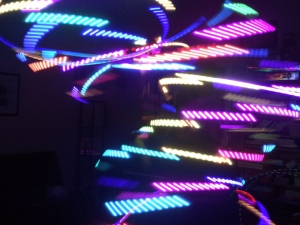 As I listened to Thatcher speak of gender as a continuum in which the extremes remain distinct, my mind filled with the ways toxic masculinity and degraded images of femininity shape how we move through the world, personally and politically. I thought of my children, and how intentional we must be as parents and mentors to help the young people we love swim through cultural currents that discourage boys from compassion, girls from self-worth, and those who don’t conform from free expression and living their joy. Polarities pull into the extremes and linear spectrums lend themselves too easily to good-bad dualities and hierarchies based on division (even when the lines are drawn arbitrarily or are fuzzy), plus research on gender suggests a model far more complex than a linear spectrum can accommodate.

With the combined influences of biology, identity, expression, and sexual and romantic orientations shaping how we understand ourselves and move through intimacies, how we experience our own bodies and adore those of others, and how we deploy sexuality and delight in the erotic, can a linear spectrum adequately conceptualize sex or gender? Preservation of linear extremes discourages people from experiencing and embodying those aspects of themselves that are perceived as belonging to the other extreme. If even cis people carry within us both masculine and feminine traits, the perpetuation of linear poles puts us necessarily at odds with parts of ourselves, preventing integration and the full expression of the wholeness of our human nature. 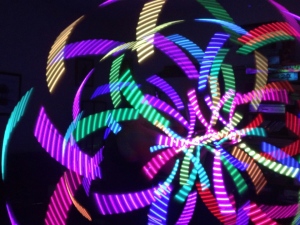 I asked Thatcher about this polarity, and he indicated that a nonlinear model that allowed for more complexity was the direction in which his work was headed. My question was deliberately worded in a way that foregrounded the human experience of implemented theology of gender, and Thatcher’s response, compassionate and warm, revealed a shared awareness of inclusivity and equality. Still, I struggled to envision a better model. Does a circle work? Does our linear spectrum need a y-axis to cross the x, or even a z-axis? If its axes extend infinitely, we maintain the problem of polarity and increasing extremes, but in infinite directions rather than two. Does it curve back in, like spacetime? Can we envision it as a 3-dimensional space within which the cohesive I, constantly in fluid motion, can reach out and dance among the swirling possibilities, around and with and between the other Is?

These seem like impractical questions of theory – one more document in the file of ways I overthink my life and my reality. But these are also real questions of inclusivity, of how human acceptance mirrors divine love, and of how the experience of human love reflects grace. The very first suicide hotline call I ever took (over twenty years ago) was from an overwhelmed teenage boy afraid to tell his family or friends he was gay, seeing no way out of his closeted misery; years of answering rape crisis hotlines reminded me time and time again of the destructive impacts of gender extremes and constrained identity. The number of trans and gender nonconforming people who have considered or attempted suicide speaks to the need for full acceptance, from family as well as from community. 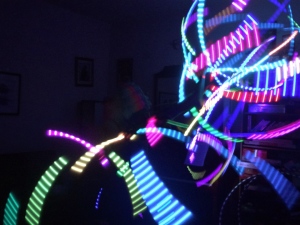 The theoretical conceptualizes the deeply, profoundly and personally real – embodied experiences that shape and uplift and tear down and grow and empower and bring grief to real, live humans. For every theoretical set of belief structures and every theological position, there are humans – real people, vulnerable people – who will be impacted by the adoption of those positions by their families, friends, places of worship, communities, and governments. We owe it to our traditions to maintain our integrity as scholars and knowledge-creators. We owe it to each other – to our LGBTQ+ friends, to women and other femme folks, to people of racial and ethnic minorities, and to those living with disabilities or in poverty – to carefully consider how our theories and our actions reduce harm, build acceptance, and reveal divine love.

During a rather reflective hoop-dance session after Thatcher’s lecture, I was aware that as I stretched and danced to allow the hoop to move about me I was able to reach into and be present in multiple spaces of the octants defined by the center of my living room, even as the stable I – my core—remained primarily within a localized range. If your conception of gender is non-essentialist or beyond the binary and you have a model or metaphor that helps you conceptualize gender better, feel free to share it. I’d love to grow in my understanding through meeting you in yours.

Christy Croft is a writer, teacher, and healer whose interfaith, personal spiritual practice is inspired by nature, informed by science, and grounded in compassion. She is a graduate student whose current liberal studies program has focused on religion and social justice. She has facilitated safe and sacred space for over twenty years, as a suicide hotline counselor, doula, rape crisis companion, support group facilitator, minister, mentor, mother, and friend. Her research interests are ever-evolving and include spirituality, new religious movements, religiosity and popular culture, compassion, trauma, gender, sexuality, and intimacy, and she sometimes blogs at The Sacred Loom.

Like Loading...
‹ A Lenten Reflection by Natalie Weaver
Drumming to the Universal Pulse in an Out of Sync World by Carolyn Lee Boyd ›