Excuse me, but I thought you should know your misogyny is showing.

I have read with deep interest the article written by Ayesha Fakie and Khadija Bawa entitled: Dear Indian Muslim Men: We Need To Talk published by Huffington Post South Africa on March 7th of this year. I would like to add my two cents to this conversation, one that I believe is relevant and very necessary that we address as a community with genuine sincerity and accountability.

The text of Ayesha and Khadija is a critical piece of the masculinity model that is predominant in Muslim Indian communities. Their criticism is quite accurate. The situations that they give as examples of male chauvinism, are part of the reality for many Muslim women who have to endure a male supremacy made up of attitudes and behaviors that constitute violence on a variety of levels:

“Worse, women who perform most of their labour in the home are erased even further. No one asks them anything beyond family and kids; their opinions on politics or global affairs is assumed to be absent, irrelevant or nonsensical.”

Ayesha and Khadija mention racism as an important component of male supremacy and they directly connect this to the treatment Muslim Indian men give to “colored or black domestic workers”. I would like to add black and colored Muslim women as well as non-white converted women. As a Latina Muslim, I have experienced racism and belittling due to my ethnicity and culture, I am not always viewed as being good enough to be a match for an Indian man (even if this man has less education, religious wisdom and integrity than me).

Some Muslim men may not see themselves as chauvinists, but as the authors of Dear Indian Muslim Men say: “the larger trend stands, and you need to address it,” as believing men you need to stand up against injustice. The problem is serious enough that it cannot be ruled out with a simple #NotAllIndian or #NotAllIndianMen. If we speak within the framework of Islamic ethics, only one oppressive situation experienced for only one woman is enough to make it too much.

Although, it is true… #NotAllIndianMen … the issue is worse than this, and still needs to be addressed.

This strand of misogyny and male chauvinism is so widespread that it exceeds the limits of a particular community, it emerges in many Muslim communities. Islam as a whole has a problem with an hegemonic toxic masculinity and the belittling of women. These problems are supported by the authority of many interpretations that justify and validate as the “word of God” which are, in actuality, merely male opinions.  These realities affect the relationship between genders and the development of the spirituality of Muslim women.

I wonder: How can men who call themselves Muslims can ignore the important role of women as political subjects, which is guaranteed them in the Qur’an and confirmed by the history of Islam? How can they be at peace with their faith, if they see women as servants and not as partners? However, these men intend to sell us the pill that they follow the life’s testimony of Prophet Muhammad (pbuh) who, as we know,  celebrated, embraced and fostered the intelligence, wisdom, character of women, making them not only life partners, but also his advisors and even comrades in battle. 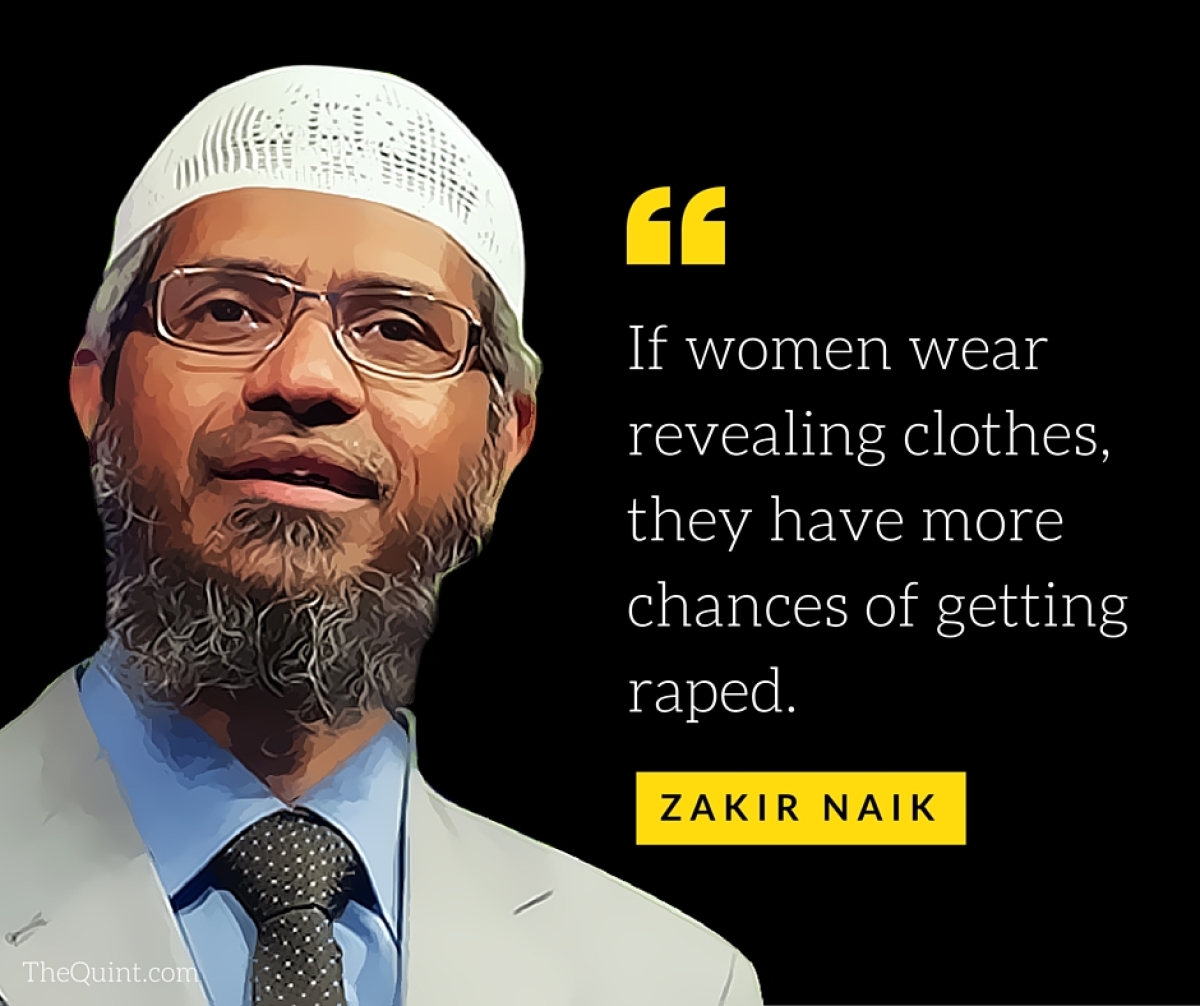 How do Muslim men like Daniel Haqiqatjou, Zakir Naik and others, have the nerve to call themselves believers, if they devote an important part of their lives to promoting and profiting largely from misogyny? Even Muslim men, who would call themselves feminist, engage in attitudes of subtle contempt that are the product of deep, but not always assumed, misogyny.

Those who criticize and demonize the West because of its influence on politics, culture and language in the societies of the Global South, have no problem in exercising a model of masculinity that has no basis in the tenets of Islam but, is linked profoundly and clearly in a Colonial, Imperialist and Christian-European White-Centered model. The same ones who reject the “White Man” are every day, at every moment, wanting to be like him.

Patriarchy does not distinguish races and no culture has the privilege of misogyny. While in South Africa a Muslim man is insulting his wife, a Sheikh in Rabat is offering a Khutba on how to beat a woman without leaving marks and a reverted Muslim in Latin America justifies that he has broken his wife’s nose, saying that the Qur’an gives him the right to do so.

I ask believing men: What’s your Islam? It is an oxymoron to be a male chauvinist and a Muslim. If you claim to know that gender inequality, genital mutilation, child marriage, the servitude of women in the domestic sphere ARE NOT PART OF ISLAM: How can you pray next to, pay to listen to or attend Khutbas that put women’s oppressors among you? How can you say that you believe if you despise us? Why do you justify Islam with attitudes and behaviors that are merely your own?

It is not us, Muslim women, who are in charge of reconciling your toxic masculinity with the teachings of Islam that center on equality, respect and compassion. You have to take accountability, if you say that you believe. It’s time for a deep, open and critical self- reflection on Masculinity in Islam. I do think after 1400 years, you’ve gathered enough courage to do it.

An edited version of this column was published in Muslim Views, April’s Issue

Like Loading...
‹ Sophia from The Goddess Project: Made in Her Image by Colette Numajiri
Meet the Bible Bitches: Interview with Rev. Laura Barclay and Sara Hof ›