Women v. Religion: The Case Against Faith and for Freedom BOOK REVIEW by Katie M. Deaver 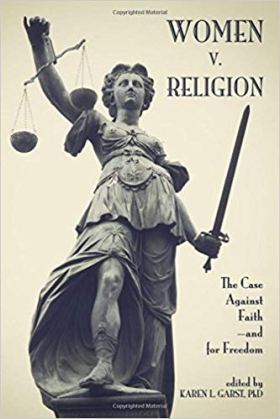 In the book, Women v. Religion: The Case Against Faith and for Freedom, editor Karen L. Garst puts together the voices of women from a variety of backgrounds in an effort to present a case against faith.

While the introduction to the full volume suggests that women ought to turn away from all forms of religion the majority of the individual pieces that the book features focus on the Abrahamic religions: Judaism, Christianity, and Islam.  The included pieces are written from a variety of disciplines and viewpoints, some feature historical facts and timelines, while others are the raw and difficult personal stories of women struggling to leave the religions they were raised within.

Most of the articles dig into many of the traditional critiques of religion.  For example that the Abrahamic faiths are inherently patriarchal, and cannot be redeemed for women.  Others take these traditional arguments against religion a step further and argue that in addition to religion being a tool for female subjugation, religion has in fact inhibited Western progression and is a key reason why the United States has not yet had a female president, and why women continue to have to fight for their bodily and human rights.

This volume does a nice job of highlighting a diverse group of voices.  A good number of the articles are written by women of color, a few from women who live outside of the United States context, and one article even addresses the lived experience of transgender atheism.

One of the articles that I found most intriguing was “Negotiations with God” by Aruna Papp.  In this article Papp is discussing domestic violence as it relates to honor killings within Indian communities in North America.  Papp makes an incredibly important point about the differences between honor killings, and the way that we usually think about domestic violence in North America.  Often when we speak of domestic violence, we are talking about intimate partner violence that occurs primarily between two individuals, a couple, whereas “in the majority of honor killings in Indian communities, the killers are fathers and the victims are teenage daughters.  But in some cases mothers, brothers, uncles, and grandparents have also participated in murdering young women.”(159) Papp also points out that due to these realities there are often many more people who are willing to support the abuser and/or to help plan the abuse and often girls and women are not protected because law enforcement is not trained in how to recognize or understand these intricacies in the family dynamic.

Another article of note is “A Creative Departure” written by United Church of Canada, self-proclaimed atheist pastor, Gretta Vosper.  Vosper talks about how while preaching a sermon one Sunday morning she came to the realization that she did not believe in God.  She was able to go on leading her congregation for quite some time until eventually the larger church decided that it needed to put in place a process to deal with this atheist minister and what she meant for the polity of the church.  According to the article itself, and a quick google search while writing this review, the United Church of Canada’s case against Vosper was postponed in late 2017 with no timeline or other information about moving forward.  Vosper’s article is the very last in the book and I felt it served as a wonderful way to tie everything in the volume together.  Vosper writes of the importance of community and relationship and notes that while in decades past church was often where people found those relationships and community, now church is often what takes us away from the people and activities that we most wish to spend time engaged in.  One of the most important points that she offers though is the idea that we shouldn’t “leave to get away from something: [but] leave to create something better.”(316) She notes that “we know what religious community does for people because we’ve felt it.  We also know it has nothing to do with doctrine or dogma or whatever you want to call religious belief. It has everything to do with the quality of the relationships you build and the poetry that emerges when people begin to love whole groups of one another.” (316)

This book was most definitely a thought provoking read.  The introduction seemed to emphasize the academic/intellectual nature of the book, but in reality it reads less formally than the intro suggests.  There are certainly solid academic arguments throughout the text, but I found the personal stories and reflections to be much more compelling than the more broad academic statements. This text could be a wonderful resource for a college or university classroom, or perhaps even for a book group that enjoys intense discussion! 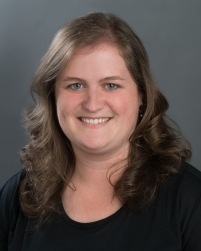