The Inquisition of Today and U.S. Women Religious by Ivone Gebara 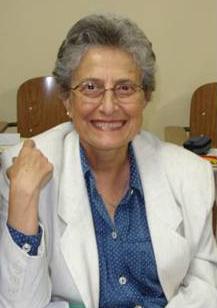 Statement from Ivone Gebara, writer, philosopher and theologian from Brazil on the Vatican action against U.S. religious women.

Translated from Portuguese. Reprinted with permission.

Once again, we watch dumbfounded as the Congregation for the Doctrine of the Faith directs a “doctrinal assessment of” or a “calling attention to” or the “punishment of” those who, according to the CDF, break away from the proper observance of Catholic doctrine. Only this time, the CDF is not pointing an accusatory finger at a person, but rather at an institution that brings together and represents more than 55,000 women religious in the United States- namely, the Leadership Conference of Women Religious, known by its acronym LCWR.

Throughout their long history, these women religious developed and continue to develop a broad educational mission which advances the dignity of many people and groups both within and beyond the United States. Most of these women belong to diverse national and international congregations.

In addition to their Christian and humanistic formation, they are intellectuals and professionals in various fields of knowledge. They are writers, philosophers, biologists, sociologists, lawyers and theologians. They have broad backgrounds and their expertise is recognized nationally and internationally. They also are educators, catechists and human rights activists. In many situations, they set their lives at the service of those affected by injustice or set themselves in opposition to the grave actions taken by the government of the United States. I had the honor of meeting some of them who were arrested and imprisoned because they put themselves at the forefront of demonstrations to close the School of the Americas, an institution of the United States government that prepares soldiers from our countries to act in repressive and cruel ways.

These religious are women of reflection and action with a long history of service not only in their country, but in many others. Today they are under suspicion and under the supervision of the Vatican. They are being criticized for disagreeing with the bishops who are considered to be the “authentic teachers of faith and morals.” In addition, they are accused of being supporters of radical feminism, of deviating from Roman Catholic doctrine, of complicity in the approval of homosexual unions and other charges which are surprising given their anachronistic nature.

Exactly what would constitute radical feminism? And what might be its real manifestations in the lives of congregations of women religious? Exactly what kinds of theological deviations are affecting the lives of women religious? And might it be that we are being scrutinized and punished as women because we can no longer be true to ourselves and to the tradition of the Gospel by means of blind submission to a male hierarchical order? Might it be that those responsible for Vatican Congregations are out of touch with the vast worldwide feminist revolution that has touched every continent and even religious congregations?

Many women religious in the United Statesand other countries are indeed the heirs, teachers and disciples of one of the most interesting expressions of worldwide feminism, specifically feminist theology which developed in the United States during the late 1960s. Its original ideas, critical analyses and liberating stances made possible a new way of doing theology which in turn continues to accompany movements of women’s emancipation. As a consequence, women religious have contributed to a rethinking of our Christian religious tradition by taking us beyond the invisibility and oppression of women. They also created alternative venues for education and formation. They wrote theological and inspirational texts so that the tradition of the Jesus Movement could continue to nurture our present and would not be abandoned by thousands of persons made weary by the weight of patriarchal religious structures and rules.

What actions can be taken given these curial and administrative examples of anachronism and symbolic violence on the part of the Roman Catholic Church? What are we to think of these rigid philosophical referents that ascribe to the masculine what is considered best in the human being? What can be said about a unilateral and misogynistic anthropological vision out of which the tradition of Jesus is interpreted? What are we to think about this administrative/ punitive treatment from which an archbishop is appointed to review, guide and approve decisions taken by the Leadership Conference of Women Religious as if we were incapable of insight and lucidity?

Are we simply a multinational capitalist enterprise the “products” of which should be in conformity with the dictates of a single line of production? And to maintain this enterprise, should we be controlled like robots by those who consider themselves the owners and guardians of the institution? Where is the freedom, the charity, the historical creativity, the fraternal and sisterly love? At the same time that indignation takes hold of us, a sense of fidelity to our dignity as women and to the Gospel as proclaimed to the poor and marginalized invites us to respond to this act of repugnant injustice.

In today’s world, the prelates and church officials use a double standard. On the one hand, there are high-level examples of the Roman Catholic Church being able to welcome back into its bosom groups on the far-right whose harmful history, especially with regard to adolescents and children is widely known. I think especially of Marcial Maciel, founder of the in the Legionaries of Christ (Mexico) or the religious followers of Archbishop Lefevre (Switzerland) whose disobedience to the pope and coercive methods of making disciples is verified by many. The same institutional church welcomes men who are interested in it for power and repudiates women that it wants to keep submissive. By means of this attitude, it exposes women to ridiculous criticisms that are voiced in the Catholic religious media in bad faith. Among these women, the prelates seem to formally recognize the merits of those whose actions are among those traditionally exercised by women religious in schools and hospitals. But is this all that we are? We know of very few instances in the United States where women religious were involved in the abuse of young children, adolescents and elders. No public denunciation tarnished their image. No one ever spoke of them allying themselves with major international banks for their own benefit. No complaints are found of insider-trading or the exchange of favors so as to preserve the silence of impunity. And yet, in contrast to men of power, so few of them have been beatified or canonized by Church authorities. Still, the recognition of these women comes from so many communities and groups, Christian and otherwise, who shared in the lives and works of so many of them. And of course, these groups will not be silenced by this unjust “doctrinal assessment” that touches them directly as well.

Plagiarizing Jesus in the Gospel, I dare to say, “I pity these men” who do not know the contradictions and beauties of life up close, who do not allow their hearts to be broken open by the joys and sufferings of the people, who do not love the present moment, who still prefer to enforce strict laws rather than to celebrate life. All they have learned are the fixed rules of a doctrine determined by an outdated rationality from which they judge the faith of others, especially women.

Perhaps they think that God approves of them and submits to them and to their lucubrations, so distant from those who hunger for bread and for justice, the hungry, the abandoned, the prostituted, the abused and the forgotten. How long must we suffer under their yoke? What attitudes and stances will inspire us as “the Spirit that blows where it wills” so that we may continue to be faithful to the LIFE that is in us?

To my dear sisters in the United States of LCWR, my gratitude, affection and solidarity. If you are being persecuted for the good that you do probably your work will produce good and abundant fruit. Know that with you, women religious from other continents will not allow them to silence our voice. But, if they silence us by a written decree, it will give us one more reason to continue in the struggle for human dignity and the freedom for which we have been created. We will continue to proclaim in countless ways the love of neighbor as the key to human and cosmic communion present in the tradition of Jesus of Nazareth and in many others, though in diverse ways. In this historical moment, we will continue to weave together one more part of the vast history of the affirmation of freedom, the right to be different and to think differently and in through all this endeavoring not to be afraid to be happy.

Ivone Gebara is Brazilian and belongs to the religious order Sisters of Our Lady (Canoneses of St. Augustine). She had been a professor at the Theological Institute of Recife for nearly two decades, and worked among women in poor neighborhoods. Well known for her work on ecofeminism and liberation theology, her many books include Out of the Depths: Women’s Experience of Evil and Salvation (2002) and Longing for Running Water: Ecofeminism and Liberation (1999).