I Dream of Pope Francis by Gina Messina-Dysert 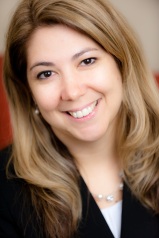 It was just last week that I received an email from Pope Francis.  He wrote me having seen my interview with Tavis Smiley and said he sympathized with my appeal for a Church that serves the needs of the people.  Pope Francis requested that I come to the Vatican to meet with him to discuss the papacy and his efforts to redirect the Church’s attention.  Of course, I immediately accepted and began to create my agenda for our meeting: women’s ordination, same-sex marriage, reproductive justice, and…my alarm went off.  It was just a dream. Sigh…

Totally disappointed at the realization of its ridiculousness, I wondered why Pope Francis had invaded my dreams.  Could it have been prophetic as my good friend and colleague (jokingly) suggested?  Or perhaps I’m narcissistic enough to fantasize that I have such wisdom to share.   Either way, no other pope has ever occupied my thoughts in such a way.

Whereas Michele Stopera Freyhauf has discussed feeling cautiously optimistic about our new pope, I have begun to feel enthusiastically optimistic.  Am I losing my feminist edge?  As a Catholic woman who has lived through four popes – Pope Francis is number 5 in my lifetime – I have never felt any connection to the papacy.  In fact, I have felt pure anger and disgust at some of what I have seen.  I have wondered, “Where is the mission of Jesus?”  How does all of the glitz and glamour, the oppression, demand for obedience, and of course, the sex abuse cover up compare to the work of Jesus?  I longed for a new Pope John XXIII who commissioned Vatican II and of course, for a Vatican III.

At first introduction to Pope Francis I also shared Michele’s cautious optimism.  A Jesuit Liberation Theologian from Latin America was encouragings and seemed the best possible option given those in the running for the papacy.  Learning of his commitment to the poor was inspiring and although he was not “woman friendly,” as many pointed out, no one thought we would have a pope elected who would ordain women; these kind of ideas were not represented among any of the existing cardinals.   So, do we ignore the positive qualities because of the missing ideologies or embrace those elements that can possibly lead to the changes many of us hope for?

Seeing the differences between Pope Francis and the now Pope Emeritus, my initial and continued reaction is to embrace, and here is why:

I appreciate the many concerns that have been shared by feminists about the new pope and my own agenda as a self-identified feminist progressive Catholic has not changed.  That said, this is the first time I have felt that a pope – at least in my lifetime – has offered hope.  Pope Francis recognizes that particular persons and groups feel rejected and oppressed by the Catholic Church.  He also recognizes that much of what the Vatican has represented for many is in direct opposition of the mission of Jesus.

With these recognitions, Pope Francis is looking for compromise – a way to build a bridge – and with this bridge, I believe, a path will be paved for additional change.  As much as we want to see change all at once, this is not how change happens.  Pope Francis is taking us in a direction that I have not seen in my lifetime.  And with this, my faith has been renewed, and I have genuinely felt connected to my Church. Hence, Pope Francis is invading my dreams as no other pope has.

Gina Messina-Dysert, Ph.D. is a Feminist theologian, ethicist, and activist.  She is Director of the Center for Women’s Interdisciplinary Research and Education at Claremont Graduate University, Visiting Assistant Professor of Theological Ethics at Loyola Marymount University, and Co-founder of Feminism and Religion. Gina has authored multiple articles and the forthcoming book Rape Culture and Spiritual Violence.  She is co-editor (with Rosemary Radford Ruether) of the forthcoming anthology, Feminism and Religion in the 21st Century and is a contributor to the Rock and Theology project sponsored by the Liturgical Press. Her research interests are theologically and ethically driven, involve a feminist and interdisciplinary approach, and are influenced by her activist roots and experience working with survivors of rape and domestic violence.  Gina can be followed on Twitter @FemTheologian and her website can be accessed at http://ginamessinadysert.com.

Like Loading...
‹ Breaking the Stained Glass Ceiling? Conflict in Religious Histories by Meagen Farrell
Dancing with Kali Gets Us to the Other Side by Carolyn Lee Boyd ›