Home › Abuse of Power › WAR, WAR, WHAT ARE WE FIGHTING FOR? by Carol P. Christ

WAR, WAR, WHAT ARE WE FIGHTING FOR? by Carol P. Christ 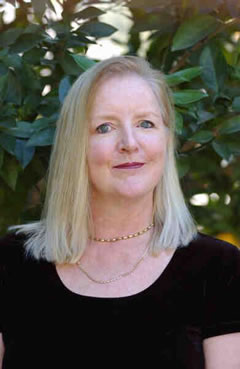 “They used chemical weapons, we must do something to stop them.”  A justification widely used in support of President Obama’s decision to launch a military strike against Syria.

At the time of the Revolutionary War, “a not inconsiderable Quaker element was on principle opposed to war, as itself a greater evil than any it might seek to right.”

Michelle Obama is against military intervention in Syria. Does the President dismiss Michelle’s dissent as “womanish”? 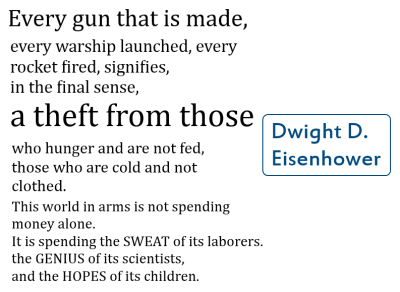 Patriarchy is a system of male dominance, rooted in the ethos of war which legitimates violence, sanctified by religious symbols, in which men dominate women through the control of female sexuality, with the intent of passing property to male heirs, and in which men who are heroes of war are told to kill men, and are permitted to rape women, to seize land and treasures, to exploit resources, and to own or otherwise dominate conquered people.

“[W]e must guard against the acquisition of unwarranted influence, whether sought or unsought, by the military–industrial complex.”  Dwight D. Eisenhower

The drums of war have stopped beating publically–at least for now. Obama’s decision to ask Congressional authorization to bomb Syria for 90 days—remember that number, 90 days–has been tabled—at least for now.  But make no mistake, the  military industrial complex is still barking at the heels of US government decison-makers.  The notion that while women may be for peace, “real men must make war” is still operative in the American psyche.

In my years of opposing specific American wars, I have concluded that war is itself a greater evil than any it might seek to right.

Howard Zinn made this clear in his lecture on “Three Holy Wars.”  We did not have to fight the American Revolution.  We still could have been free, and we might have been Canadians.  We did not have to fight the Civil War.  Slavery could still have been ended, though it might have taken longer. If the Civil War had not humiliated the South, the racism that still infects the South and the North might not have become so deeply entrenched. Slavery was ended in the British Empire without war.  Racism has not been overcome in the United Kingdom, but it is not nearly as virulent there as it is in the United States.

What about the Second World War? Didn’t we fight it to end the death camps of Nazi Germany? In fact, the death camps played little or no role in the United States’ decision to enter the war, and the records show that Franklin Delano Roosevelt did not choose to “divert war resources” to bomb the train lines to the death camps during the war.  Was fascism defeated? Or  reborn in the USSR?  Are there no fascist regimes in the world today? Why is the US presence on the global scene perceived by many around the world as virtually indistinguishable from that of a fascist imperial empire?

What would 90 days of bombing Syria achieve?  Those who say that 90 days of “strikes” would “take out” only “military targets” are kidding themselves or engaged in outright lying.  If Obama only intended to “send a message” or to bomb a few military bases or airports, he could do that in 3 days or even in 3 hours—no need to ask for 3 months of bombing.

If the US or its allies bomb Syria in the future, there will certainly be “collateral damage.”  That means innocent women, children, and men not engaged in the conflict will be killed.  Homes and shops will be destroyed, fertile fields poisoned, and more families forced to flee.  And for what? There are no “good guys” in this conflict.  The opposition includes radicals Islamists (not to be identified with all Muslims)  with ties to Al Qaeda.  Do we really want to put them in power?  Will this end fascism in Syria? Create democracy?  For women?  End the “threat” posed by chemical weapons?

What does it mean to say that war itself is a greater evil than any evil it might seek to right? War kills. Modern wars kill millions.  Are these “sacrifices” justified by the “higher good” war intends to achieve? War destroys buildings and poisons the environment. Is this “sacrifice” justified by a higher good?  War creates trauma and leaves behind traumatized individuals.  Traumatized individuals re-enact the violence of war on themselves and others.  Are these “sacrifices” justified?

Who would choose to be raised in a family with a traumatized mother or father?  Who would knowingly choose traumatized individuals to lead countries?  In Daughters of Copper Woman Anne Cameron wrote that the Native cultures of the American Northwest understood that it takes 4 generations of peace cleanse a society of the effects of war. 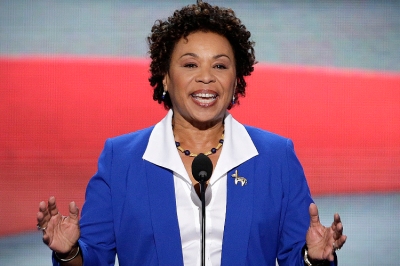 US Congresswoman Barbara Lee of California was the sole vote against authorizing George Bush to go to war with Afghanistan.  She led the opposition to a war in Syria, and so far she has succeeded.  Lee said in an interview, “[T]he use of force at this point would create more havoc, more violence, more death. I’m concerned about the possibility of retaliation, of regional conflict or war breaking out, I’m concerned about more innocent lives being taken. I think there are non-military alternatives that we have to push hard. No one says it’s going to be easy, but we have to get to a negotiated settlement that the president and John Kerry talk about. Now some would insist that a strike is the only way you could get the Assad government to come to the table, but I don’t believe going to war will lead to a negotiated settlement.”

For for now at least, Barbara Lee’s courage is paying off and those of us who stand with her can breathe a sigh of relief. However, we must remain vigilant as the military industrial complex remains powerful, and we have yet to transform cultural images that associate masculinity with willingness to wage war.

Carol P. Christ  is proud to be a constituent of Congresswoman Barbara Lee.  Carol is dreaming of the fall Goddess Pilgrimage to Crete which she will lead through Ariadne Institute. Ariadnian Crete was a society of peace, not war. It is not too early to sign up for the spring or fall pilgrimages for 2014.  Carol can be heard on a WATER Teleconference.  Her books include and Rebirth of the Goddess and the widely-used anthologies Womanspirit Rising and Weaving the Visions.