Why I Don’t Believe in Female Pastors by Andreea Nica 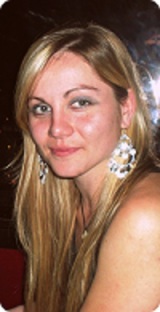 It may come as a surprise to those who identify as both feminists and religious practitioners that I don’t believe women should be pastors of any dominant religious congregation. This includes most religions which, I assert, are rooted in and structured by the tenets of patriarchy. Does that mean I think women should be congregants of a patriarchal-originated religious system? You guessed it – no. While this may seem like a radical notion to some, it took me quite some time to come to terms with my own conflict in being both feminist and a believer.

My transition from the Pentecostal sect was a long, intricate process that involved life-altering decisions. The notion of leaving the church was driven by my immersion in women’s studies during my undergraduate degree. There were many difficult questions I simply didn’t have an answer for, as the church didn’t provide me with them.

One of them being: Can women instruct an entire congregation of believers?

For those who are female pastors, I’m sure you’ve heard this one a million times, but somehow it never fades from religious and secular discourse. Whether it’s the Islamic, Jewish, Christian, or Mormon faith, women have had to constantly fight for their right to preach religious doctrine. In the beginning of my transition, I was on the side of: Preach it ladies!

But I couldn’t shake the question of: But why? Why are women so determined to be leaders congregants for that matter, of systems that forbid and/or look down upon women preaching?

Throughout my journey speaking with feminist theologians, religious scholars, members of diverse faiths through my travels, along with my personal studies in feminist theology, I received one simple answer to my question. 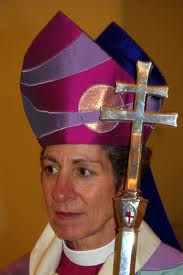 Women want to be included in the religious equation as leaders, members, scholars, analysts, or simply believers. As an egalitarian myself, I completely support the inclusion of individuals within any system. However, there is one caveat. While I promote inclusion, I also question the social process and evaluate the conditions of the respective system. For example, even in contemporary society, female pastors face and endure discrimination.

What would their perseverance and determination achieve in this situation – the promotion of a faith system that is phenomenologically and historically driven by and founded in patriarchy? While I am certainly not a theologian or religious scholar, religious texts such as the Christian Bible, Quran, Book of Mormon, and Torah express its belief that women should not preach, and/or that women are inferior to men.

Christianity: 1 Timothy 2:12: I do not permit a woman to teach or to exercise authority over a man; rather, she is to remain quiet.

Islam: Sura 4:34: Men are managers of the affairs of women because Allah has made the one superior to the other.

Mormonism: “[The priesthood] is … the power of God delegated to man by which man can act in the earth for the salvation of the human family” (Joseph F. Smith, Gospel Doctrine, 5th ed. [1939], 139).

These verses and citations are only a very small sample of how dominant religious systems discriminate against women: in regard to women being leaders and in relation to equal status to their male counterparts.

The Argument: But the religious texts also value and uphold women in equal stature to men.

During my transition, I heard it all and more:

But does any of that really matter when there is ample evidence of contradictory content across these religious texts?

Interpretation is in the mouth of the one who preaches, and those most honored for taking the pulpit are men.

But shouldn’t they? In other words, men are known to have written these religious texts, so it seems reasonable that they want to be leaders of the faith system they founded. While women are included in historical texts in various ways, they were far from being the creators and dictators of religious doctrine.

Which leads me back to my primary question: Why do women still choose to fight for equal, or in some cases, superior status in a patriarchal-defined religious system? Once again, the answer is community and acceptance. While there is a diverse range of reasons as to why women have chosen to take their place behind the pulpit, based on my research, I’ve gathered that many, if not all, of the answers revolve around community and acceptance.

However, how can women gain acceptance or be part of a community that rejects (in some form or another) their gender and/or sexual identity? Scripture hasn’t changed, only interpretation has. So why are women scrambling to be accepted into a religious system that denounces their gender? Because we, as a society, don’t believe there is an alternative solution.

But, alas, there is one! Social Transformation.

This concept operates on two levels: Individual and Social System. On the individual level we change the socially ascribed social (religious in this case) status of our family lineage and/or connection into an independently achieved (religious or spiritual) status. On an institutional, systematic level, social transformation addresses the social and cultural shift of collective consciousness to produce an alternative system of knowledge production.

To sum up, rather than women collectively investing an enormous amount of energy in changing a landscape that, I believe, will never change at its roots, they could serve themselves and other women better if they opened themselves to a transformation that requires them to be the creators and participants of truly egalitarian religious and spiritual systems, and finally disconnecting from the patriarchal fathers of the religious past.

Up for the challenge?

Like Loading...
‹ WOMEN AND WEEDING, THE FIRST 10,000 YEARS* by Carol P. Christ
Getting It Done: The Buffy-Blodeuwedd Connection by Kate Brunner ›