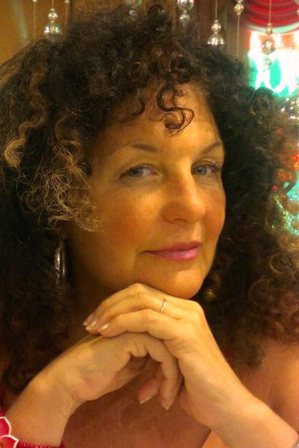 A dear friend of mine is dying. Yes, the saying might be true—we all die alone. But we all are not necessarily lonely when we die. How can we die happy…with our self-respect intact?

We are all alone, born alone, die alone …I do not say lonely — at least, not all the time — but essentially, and finally, alone. This is what makes your self-respect so important, and I don’t see how you can respect yourself if you must look in the hearts and minds of others for your happiness. —Hunter S. Thompson

Many of the women that I interviewed in my book Baby, You Are my Religion: Women, Gay Bars, and Theology Before Stonewall lived a closeted gay life. Their respect for their gay self had to be hidden in order to survive. It was how they respected the gay inner self—it is how they protected that self’s very survival.

Many of them, as many of us do, had friends that affirmed their inner identity even as it was hidden to a majority of the outside world. As they grew older, their friends (as many of our friends will do) died. That meant that the friends they had in the gay bars died holding the secret of their gay lives. Many of these women grew up into adulthood without the benefit of a community. For them “gay pride,” “coming out,” and even the word “lesbian” were not words they would ever use in their common conversation.

Many pre-Stonewall gay people (so pre-1975– Stonewall happened in 1969 but its reverberations were not felt until the mid 70s in most places) did not “come out.” “Coming out” is a post pride term; it is a term that came into the gay lexicon in the mid 70s—therefore pre-Stonewall gays did not “come out” Instead, as I discuss in my book, they “identified gay feelings and acted on them,” in whatever way they could get away with and survive the times.

The idea of “gay pride” is not just an idea today but a corporate entity—and one that is benevolent, incredible, joyful and also nationalistic and corporate. I say this to highlight that “gay pride” has come so far as to be heavily endorsed by corporate life. At a film festival I went to recently, the promo for the film consisted of a few minutes of corporate ads. While yes, I am grateful for them, I am critical as well— ultimately knowing that without this kind of support we wouldn’t have that film festival.

All this to say that, for women who came out prior to this explosion of economically support gay pride, their reality was not a movement, not an identity supported by the majority, much less by corporate sponsorship. In fact, most women (and men) in a gay bar situation would not have even used their real name. If we, dear readers, met in pre-Stonewall gay bars we would not tell each other our “real name.” I might be “Curly” and you might be “Stretch.”And if we saw each other on the street we would not acknowledge each other as we would not want to cause the person we had met in the bar to lose their job, their apartment, be turned into a government agency if they had a government job, lose their children, etc. We especially would not acknowledge each other if either of us was with someone who was not in the gay bar—what if that companion asked how the person knew us…what would they say? This way of being in the world was not unusual— or necessarily critiqued. It was the standard way of being for gay folk who met in the gay bar—it was a hidden identity.

Being gay pre-Stonewall was considered a mental illness, the nation’s highest security risk, and considered a sin in all major and minor religions. In order to operate in the outside world one had to be considered “not” mentally ill, not the nation’s highest security risk and not a sinner a priori. So one had to hide the identity that would have placed one in these categories. The closet was not even necessarily considered “the closet”—it was most likely de rigueur for gays pre-Stonewall.

So– to return to my friend…she lived a closeted life—as did almost all gay and lesbian people pre-Stonewall. It wasn’t about having “gay pride;” it was about surviving. But—then gay pride “happened” post Stonewall. In fact it was “a happening” as the 70s turned into the 80s and Gay Liberation blossomed.

Stonewall “happened.” It was called “the hairpin drop heard round the world,” as it was commonly assumed it was fueled with the righteous anger of drag queens. But for women who came out in the 40s and 50s—the gay pride generation began happening 20 years or more after they came out. Many of them had settled into how they would live a gay affirming life. How were they going to acknowledge gay feelings and act on them?

So, although my friend Rae was a wonderful singer—a butch drag singer who lived 24/7 in drag for a time in the 40s and made her living as a butch drag singer in a lesbian owned club—Tess and Sylvia’s on Santa Monica Boulevard in the 40s in Hollywood—she retreated to the closet when she fell in love and left the performing life. Bear in mind as stated earlier—that the closet as we call it today was “just living” for gay folks outside of gay enclaves (and it still is that way for many folks today.) Rae’s girlfriend left her for a man, and Rae did not return to performing.

By the time I met Rae she was in her 80s and living alone. She had been completely isolated for years until she met women from Older Lesbians Organizing for Change (OLOC) whose national conference is happening this week in Oakland, CA. The founders of OLOC include a very good friend of mine– Barbara Kalish, also now in her 80s. I’ve included the photo of founders in this blog, taken by Barbara’s partner- Cristina Vegas. They knew Rae because she came to their meetings.

Rae was alone before she connected with OLOC and after she stopped going to the meetings because she could no longer travel. I stayed in limited touch with her because she was a strong informant for my book and I dedicated it to her, among others. I went back to visit her after publication and signed a copy of the book for her. I read to her all the parts that mentioned her. When Rae became ill in the last 6 months I could not visit her at the hospital, as one of her friends originally thought I could do. It became known to me through someone else that Rae did not want me to know the “straight name” she went by, which I won’t re-print here. She also didn’t want her caretaker to know her gay name.

In order to respect her wishes, I did not go. I visited her after she went home. As she became more ill, she did not want visitors. She does not want visitors now, other than the caretaker; and she is expected to die at any point. I am sorry for my loss—and I am sorry for the loss of Rae and so many elder gays who do not live in “gay pride” community—nor should they be expected to. Gay pride community is lived virtually. It connects electronically. It travels in ways that are often foreign to those over 70.

How can we support our gay elders? I am saddened by the loss not only of my friend, but of her struggle to be in the world she came into gay feelings in and the world she grew up gay and closeted in.

My friends Barbara, Cristina and I are hoping to create some kind of support network for gay elders- to bring them gently into a world of “gay pride.” We hope to call this group “Rae’s Friends.” We cannot expect people to live in a world they are not—in …yet. How do we make room for gay folks who for very real, authentic, and logical reasons are closeted to stay where they are if that’s where they need to be, yet also invite them realistically into a bigger world? I don’t have the answers to these questions…but I am posing them.

I am also in touch with a gay woman I interviewed who is in her 80s and who can drive just fine during the day but is being pressured to give up her car by her Christian housemate because of the expense of the insurance. This friend is paying exorbitant “rent.” Another older friend and I went to bring her “lesbian books.” She was so grateful but brought them all to her room and told us she could not subscribe to “lesbian magazines” because they would not be appreciated coming into the home where she pays rent for a room.

No, I said to my friend. You do not have to give up your car..if you are safe driving it during the day and you want to keep it. It’s your money, if you want it to sit in the driveway – do it. You are paying for it. It’s your choice. And she thanked me for hearing her out. She said it was so important to have just a supportive talk—because she was so pressured by her housemate—who coincidentally happens to be the only person she sees day in and out—and will be the only person she sees if she gives up her car prematurely; and if we—those that know her as a gay woman—do not continue to visit.

My hope is that members of “Rae’s Friends” would visit and talk with gay folks who are home bound—and affirm their gay identity.

As all of us age. We will all become somewhat isolated. It’s a fact. But—for gay elder folks right now, the gay life they entered into and the gay life we live today are so radically different that they need conversation. They need outreach and they need affirmation of their identity. It won’t always be this way. Gay pride will be more or less the way that most of us came into the world of gay life, but it is still this way for many gay elders and our elders deserve our care and attention now. 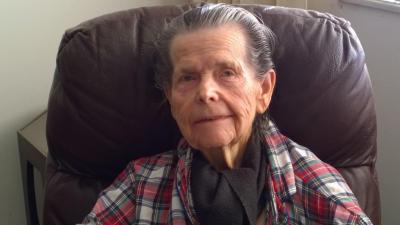 So that when they do die, they die with the dignity of their identity intact…and re-membered.

Like Loading...
‹ Movement Within the Catholic Church – Time for Receptive Ecumenism? by Michele Stopera Freyhauf
Feminism: My New Religion by Michele Buscher ›