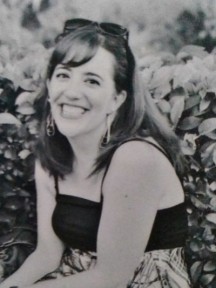 Keeping with the sports theme of my last FAR post, I decided to look at a sport which has been typically lacking in female viewership and participating, American football. Over the last five years, there has been an overt attempt to change the way sports, and especially American football, is advertised and marketed. It is true, there are certain sports which not only have been heavily male centric in participation but also in its viewership. Yet, in 2016, viewership of sports no longer seems to be restricted to gender. Men and women are packing stadiums, turning the TV on, and signing up for fan clubs to support their favorites teams and athletes.

And yes, despite women breaking into being superior athletes in soccer, tennis, and swimming (as seen in the number of female athletes at the Olympics) there is still a stigma regarding women and sports.

This stigma ranges from participation to viewership. I myself have had to “justify” my love of soccer and hockey – many men assume I only know a select few concepts regarding a sport, or even worse that I am merely watching the sport because I think the athletes are hot. Now don’t get me wrong, the eye candy that is present on the pitch is quite a bonus but it doesn’t negate my ability to want to watch a quality played match or cheer on a rousing hockey fight. Nor the fact that I belong to a third generation Red Wing fan who grew up playing street hockey with my older brother and being an over-zealous youth soccer defender. Sports, competition, and athleticism has been present in society in many forms.

Sports have been shrouded by the fervor of fandom and competition. Viewership and participation can be segregated by class and gender. Yet despite the roadblocks, women have maintained a presence and interest. The recent hundred years as seen women break into being active participants in sports. Venus and Serena Williams have redefined what it means to be excellent tennis players, 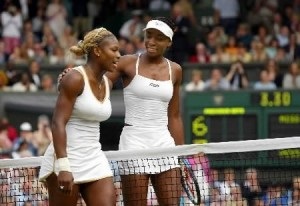 Mia Hamm and Carli Lloyd took soccer to a new level, and Jackie Joyner-Kersee and Florence Griffith Joyner ushered in a new era for female runners.

Active female participation has also fueled a larger female audience.  Female viewership has risen, and with that the official NFL shop has started to cash in on it. Over ten years ago, it was very difficult for women to find apparel -which was not either in a shade of pink or bedazzled, to support their teams. For many years, women would have to buy smaller sized male apparel if they wanted to display their allegiance with clothing.  Yet the lack of options did not stop female fans from supporting their teams nor constantly asking stores to raise to the occasion.

Actress and avid sports fan Alyssa Milano introduced a clothing line to start to satisfy this need. They have since released a maternity line.

Despite the increase in diversity of clothing available for women and even children, it is still somewhat difficult to walk into a sports store and find the assortment which is available online. But stores and companies are trying. With the increase in merchandise has also started to see an increase in advertising. The NFL store has started a marketing campaign which is entitled “Football is Family.” The commercials have ranged from showing how football can bring families together, how families have had to adapt when members root for different teams, and how through the sporting experience, can provide bonding and quality memories. These commercials are smart but they are also doing some fascinating things in a gender studies lens. There is a commercial which was centered around fathers taking their young daughters to games. 2008 saw the NFL release a commercial which showed female fans but it also played into gender stereotypes. At the end of the commercial, a fan of the opposing team shows up and through sound effects it eludes to a potential “cat fight” The Tag line “Be a Woman, Be a Fan…introducing NFL apparel for women”

2015 saw a much needed update on the NFL Shop female commercial. “Wear it Loud” was the campaign to highlight the impressive collection of female apparel being offered for all official teams which also piggybacked onto the “Football is Family” motif. The commercials have catered to the fact that more women and thus more families are actively participating in sports.

The holy grail and crowned jewel of American football is the Super Bowl. The evolution of the Super Bowl has seen the heightened focused on the half-time show and its exclusive and highly expensive commercials. Super Bowl 50 saw a commercial which highlighted the trend called “Super Bowl Babies” which showed that the cities of the winners of a super bowl would see a significant hike in babies being born 9 months later. Many sports’ commercials have highlighted the roles of parents, especially mothers, in supporting athletes in their pursuit of their sports.

While there are female equivalent avenues in most sports, American football has maintained its status as a boys’ club. In the summer of 2015, the Arizona Cardinals broke history by hiring a female coach for their summer training. It created media buzz. Everyone started to talk about the female NFL coach but what they failed to mention was the fact that it was a temporary position – a summer coaching internship. She was not hired for the regular season. As with a much of gender progress, it seems with one step forward comes the tide of two steps back. Sports have maintained their gendered spheres but are slowing cracking under the pressure. Yet, it won’t stop female fans from packing the stadiums, crowding the TV, and proving that sports should know no gender.

Anjeanette LeBoeuf swears she is on the verge of taking her qualifying exams in Women Studies in Religion at Claremont Graduate University. Her focuses are divided between South Asian religions and religion and popular culture. She has become focused on exploring the representations of women in all forms of popular culture and how religion plays into them. She is an avid supporter of both soccer and hockey. She is also a television and movie buff which probably takes way too much of her time, but she enjoys every minute of it.

Like Loading...
‹ Voting for Hillary & the Real Meaning of Sanctity of Life by Marie Cartier
Intellectual Curiosity as Holy Devotion by Christy Croft ›