Way Too Nice by Esther Nelson 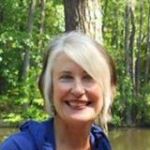 What an honor to have taken part in the Women’s March (Washington DC) last Saturday, January 21, 2017!  The event made visible the enormous number of people willing to give their time and effort to stand up and march for justice in the areas of women’s reproduction, immigration, race relations, LGBTQIA, the environment, and health care.  The most frequently-used chants that I heard during the march were: “Black Lives Matter” and the call and response “My body, my choice. Her body, her choice.”

There were “sister marches” in many cities across the U.S. as well as in cities and countries throughout the world.  And the marches (as far as I know) were all peaceful.  No arrests.

Because I did not want to drive in heavy traffic, I chose to take a Rally bus from Richmond, Virginia, to Washington DC for the event.  From Rally’s website: “Rally is crowdpowered travel for the 21st century. Our technology connects you with other riders going to the same event or destination, then delivers high-end buses to get you there and back.”

Overall, taking the bus was a good decision.  Because of the many vehicles on the road, the normal two-hour drive took three and half hours.  All but three of the fifty-two passengers on the bus were women. (Three were men.)  We were a friendly group.

The bus was scheduled to leave Washington DC at 7 p.m. after the march. The company informed us in communiques leading up to the event that the bus would not wait for people who did not show up on time. But the bus did wait.  Fifty people waited one hour for two people who never appeared.

The fifty people waiting on the bus for the two no-shows were quite patient.  By 7:15 p.m., though, some people became restless. “Let’s go.”  By 7:30 p.m., some people tried to figure out who had occupied the empty seats and locate them through social media.  By 7:45 p.m., I heard one woman say, “I really, really hate it when people are late.” At 7:55 p.m., I walked to the front of the bus to ask the driver and bus captain about our status.  “This hour-long wait is unacceptable.” I was polite, but direct and to-the-point.  We pulled out of the parking lot at 8:00 p.m.  I don’t think our egress took place because I complained, but the time of my inquiry coincided with the company’s decision to finally get going.

Upon reflecting on the experience, I can’t help but think that if the majority of the passengers on that bus had been men, we would not have waited an hour past our departure time to get moving.  Because of our socialization, we (women) are way too patient, way too accommodating, and just plain way too “nice.”

There comes a time when one cannot/should not be Ms. Nice Guy. We realize (sometimes too late) that all that wanting to be liked and all that accommodating others no matter what the cost is harmful—not just to ourselves, but to everybody within our social circles. Nor does being “nice” get us what we want. It arouses contempt from the patriarchy.

Patriarchy, that social system in which every one of us partakes, is all about domination. Men are socialized to be victors—win (read dominate) in every situation. Women are socialized to “make nice” (read don’t make waves for men). Goddess forbid, we offend the patriarchy’s sensibilities–its fragile ego and thin skin. It’s way past time to gird up our collective loins and push back at gendered expectations. Those expectations are killing us.

At 7:55 p.m., when I walked to the front of the bus to ask about our departure time, I felt tension fill the bus.  One woman shouted out to the bus captain, “It’s not your fault. Thank you for doing your job.”  Another woman shouted encouragement to the driver, “Thank you for driving the bus.” Nobody supported my statement, “This hour-long wait is unacceptable” even though prior to this, I heard people complaining to their seat companions about the long delay.  Seems that, collectively, we were all about “making nice.”

Hadn’t we just marched all day long carrying signs demanding justice?  “Resist.”  “Stop pussy footing with our health.” “I have not yet begun to nasty.” “Electile dysfunction.” “Thou shalt not deny women healthcare. Fallopians 20:17.” I realize that waiting an hour to leave our destination is not a big deal compared to the social issues we marched for. But I’m convinced that our role as accommodators all too easily rises to the surface. Our patriarchal system takes advantage of our penchant to “make nice,” perceiving it as weakness and hurling contempt our way. So what do we do?

“Socially vulnerable people cannot win the battle for respect by using contempt as a way to demand it. In an environment where contempt is an acceptable language of communication, those who already lack social power stand to lose the most by being its targets. The only real defense against contempt is the consistent, strong and loud insistence that each one of us be regarded as a full participant in our shared political life entitled to hold all others accountable for how we are treated” [emphasis mine].

The groups we marched for last Saturday are all socially vulnerable (Black Americans, women, immigrants, the Earth, etc.). Our new president is expert at hurling contempt at most everybody, but especially the vulnerable. As Ms. Stohr notes, we must insist (strongly and loudly) that we be included in our public, political life. That probably means that we nasty women need to continue marching for a while—using our strong, loud voices to hold our leaders accountable.

Maybe, just maybe, our insistent public expressions demanding justice will seep into our private expressions. Perhaps next time the Rally bus will leave on time.  After all, isn’t the personal also political?

Like Loading...
‹ Outraged? Yes, I Am! by Karen Leslie Hernandez
Photo Report from the Woman’s March, Los Angeles by Marie Cartier ›