Women Made of Fire by Vanessa Rivera de la Fuente 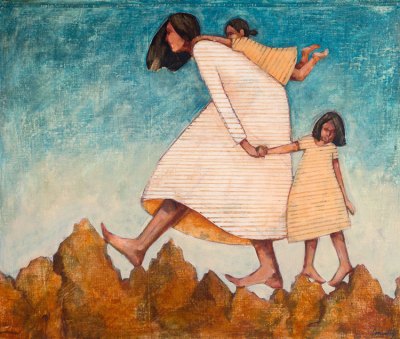 This was going to be a post about my new life in South Africa; to say what it means for me the return to this country full of wonderful things to do, after an intense and grievous experience in 2015 that pushed me towards a totally introspective period in my life; I was willing to tell you how I managed to put myself together, come back, go out there to face my fears, gather the courage to speak my truth, look for clearance and healing in the same place and with the same people where I was wounded.

But that will be in the next post. Let me talk about my country.

I come from Chile, a country in the southern south of the world, poor in resources and rich in poets. I am Chilean by birth, and I took my first steps on shaking ground. I have survived 3 earthquakes, countless floods, a tsunami and a dictatorship.

I survived to be stronger, more faithful, more free and unbeatably resilient.

During the past 12 days, I have seen, as a distant and impotent witness, my country burning, overwhelmed by fire, in the greatest catastrophe of its kind in the history of the nation.

The fire has advanced more than 700 kilometers away from the first point of ignition, swallowing whole villages, with their houses, public buildings, animals and agricultural land.

I’ve spent these days with tight lips and enclosed in my thoughts, reading news on the Internet, thinking about my family, receiving audios that my sister records for me. My brother was injured protecting his house from the fire, my family is in the area of greatest catastrophe, currently declared “Area Zero.” My concern is huge because the fire is advancing over the city and the assistance seems to go three steps back … I believe in the power of prayer, but I also know the ferocity of nature because as a Chilean I am always expecting to deal with it.

As you suppose I have no room for anything else in my head, unable to focus completely in my stuff.

Then, I received this message:

Women in the city are organizing to take water, Gatorade and all what is urgent to help firemen and volunteers, as well to the people who lost their houses. Some women are in main square receiving donations and some in a van with a megaphone calling people to help and collecting stuff…

I paid attention to Facebook. In fact, the women of my country, all along, are taking over, letting aside their own concerns to show what strong fighters and commited partners they are.

Nicanor Parra, a Chilean writer known around the world as the creator of anti-poetry said once:

Chilean people are children of toughness; they know only one verb: Apechugar.

Apechugar (A-pee-shoo-gaarr) a Chilean expression that means “Facing things as they come with dignity and do what it needs to be done.” It’s curious that the root of the verb comes from the Chilean slang for breast, “Pechuga” (Pee-shoo-gaa). It’s like in our collective conscious, we know women have an important role in healing and going over disasters. Apechugar then is also taking close to your breast, welcome, nourish, protect, keep safe, meet.

And so it has been.

Chilean woman, once more and as always, are saving the day with their sweet and combative presence in all the circles of Dante’s Hell in which my country has become. Some of them lost everything, but they are moving along and maybe faster than international help and government politics.

How proud I am of being one of you.

You, Inés, recently arrived in America, when you repelled an indigenous attack by yourself, while the conquers in shining armor hid in the fort, behind the cannons.

You, Caniqueo, commander of the resistance of the Mapuches (native people) during the colonial occupation and you were so sagacious, fierce and brave, that for 350 years, historians thought you were a man.

You, the women of the Salty mines, who put out the fire of their kitchens and refused to cook to force their husbands to protest for labour rights.

You are not Dulcinea, but you are Gabriela, a teacher, a poet, a peasant and a lesbian, who came out from the driest desert to inspire the souls of a whole continent.

You, Gladys Marin, the only communist leader who had the ovaries to confront Pinochet “In His Face” during the dictatorship, risking her life every single day and with her, all the women who organized the resistance, because men were in prison, exiled, disappeared, hidden or executed.

You, all single mothers from all over the country, who make 75% of the working mothers and labour force and every day struggle against moral and gender biases that made them an undesirable social category.

You have many names. The names of all those who in every earthquake, every flood, every volcanic eruption, every political protest, every fire, have organized themselves with no delay, no doubt and without asking permission nor authorization, to resist, to take charge, to help, to embrace and nourish.

You are my sister, who collects clothes for the casualties; you are my cousins, who distribute water among the volunteers.

Women who carry in their soul the ardor of 700 volcanoes; the fire does not frighten them because they themselves are the fire.

Chilean women, who have been always and so far, pushing our history towards hope. Transforming PAIN into POWER.

Knowing them active and aware gives me comfort and faith.

I am in the Cape of Good Hope, and I feel hopeful that Chilean people will stand up and overcome. With my heart, I accompany the women of my country to carry water, to distribute food, to collect clothes, to meet other women and take the leap to help … and I would like to make them a monument, but I have only been able to write this column.

Thank for one more time, so gracefully and generously, Apechugar. 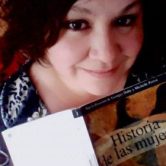 Vanessa Rivera de la Fuente works in community development, gender equality and communication for social change. She has led initiatives for women’s empowerment in Ecuador, Peru, Argentina, Morocco and South Africa. As a Gender Justice advocates with a broad scope of interests, she is a social and digital entrepreuneur commited with the strengthening of grass roots organizations and the developing of an independent pathway of thinking, research and academic writing around Gender, Politics and Religion. Loyal lover of books, cats and spicy Chai.

Like Loading...
‹ Do You Know Why We Are Marching? by Marcia Mount Shoop
On Being an Occasion of Joy by Christy Croft ›