Home › Earth-based spirituality › A Return to Light by Judith Shaw

A Return to Light by Judith Shaw

Spring is here in the northern hemisphere and with it the return of light in the yearly round of seasons. Today is Earth Day. Flowers bloom, new seedlings emerge and birdsong fills the air. As the cold and dark of winter gives way once again to warmth and light, cultures across the world celebrate fertility and the rebirth of life and light. 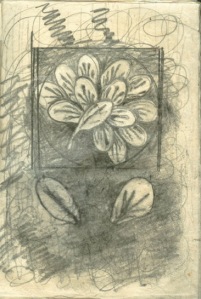 And yet, even as I welcome the warming kisses of the Sun and the blossoming of the Earth which the return to light brings, I find my thoughts and my heart still pondering the issue of the light and the darkness. How can I reconcile my fears of the lengthening shadows who cast down huge swaths of hate, division, oppression, control, and cruelty, with my deep inner conviction that love is stronger than hate; that a world which lives in harmony and spirit connection is not only possible, but has been, and will be again? 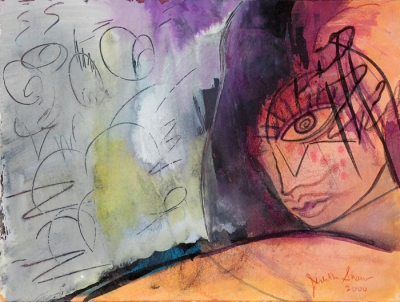 A Dark Night, gouache on paper, by Judith Shaw

I feel my own self sinking into a state of judgement and dislike; these feelings feel dark, unloving. Recently I heard Arun Gandhi, the grandson of Mahatma Gandhi, speaking on a radio program. He spoke at length about an important concept he had learned from his grandfather. He spoke of passive aggression, of the negative thoughts we have about people, the judgements and yes, even the hate. Gandhi taught his grandson that this passive aggression creates a world of conflict, domination, and tyranny. He taught that to reach a better world we had first to heal the wound within ourselves which makes us lash out with this passive aggression. Even in the face of the worst tyrants, past and present, and the horror we feel at their and their supporters actions, we must find it within ourselves to still view them as human, to not judge, to seek common ground. He did admit that this is not an easy task. I know I find it very hard to do.

I hear the daily news of air strikes, random and multiple shooting episodes, terrorist attacks, loss of privacy, loss of health care, loss of clean air and water, power struggles, and corruption. This brings me sadness. The realization hits that once more we, the human species, could be erupting into a long bloodbath, the likes of which could be even more horrific than the wars we have seen repeatedly in the past. The truth hits home that man’s cruelty to man appears again and again through out the long arch of history.

She Welcomes the Light, oil on canvas, 12″x6″, by Judith Shaw

With such bleak facts staring me in the face, how can I continue to believe that love is stronger than hate? The only way is to take the long view. Perhaps that triumph of love over hate, that world which lives in harmony, which recognizes the connectedness of all will not be realized in my lifetime. But maybe, just maybe, some day it will.

We need the dark just as we need the light; both are always with us. But modern culture demonizes the dark and according to Carl Jung turns it into its shadow self. The ancient Celts had a different view of the dark. Dark and light are eternally intertwined in their world. They embraced the two equally. Death was not to be feared; it was simply a pause in a long life. All of their stories and myths show their continual quest for a balance of light and dark.

As the world dives deeper into expressing the shadow darkness, will we be able to return to balance by shining the light onto the darkness. Or will we ultimately succumb to imbalance, destroying ourselves and our home, our vibrant blue and green planet Earth, leaving the only light left that of the stars shining brightly in the infinity of the dark heavens?

And my heart sank further a few days ago as I heard the radio announcer declare that the “mother of all bombs” had been dropped on Afghanistan, on the the caves, the Mother Earth of Afghanistan. Fear set in and anger surged. How dare they call a bomb a “Mother!” What mother would bomb her children? What mother would bomb the Earth? I felt the darkness take precedence. I feared the loss of life and light.

Then I remember that though the chaos of war or the onslaught of calamity destroys worlds, after each such eruption the conditions of the human spirit emerges, like a butterfly in the sun, to soar even higher. I look out my window as my garden erupts into full bloom and realize that spring and the return to light renews my faith in the belief that love is stronger than hate. 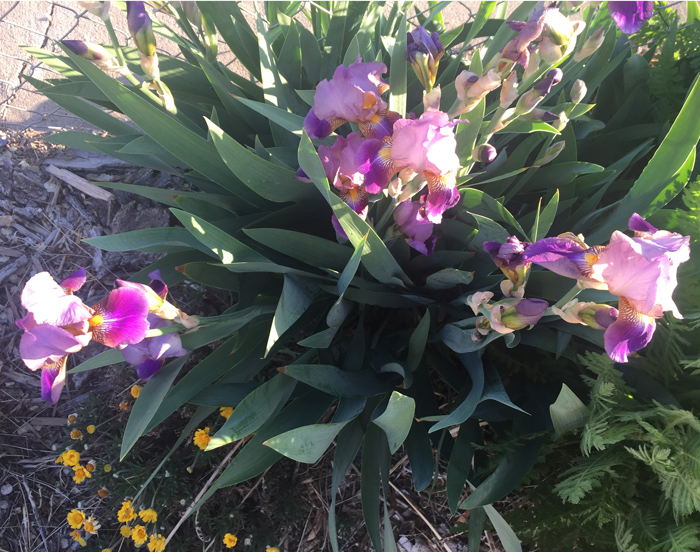 Judith Shaw, a graduate of the San Francisco Art Institute, has been interested in myth, culture and mystical studies all her life.  Not long after graduating from SFAI, while living in Greece, Judith began exploring the Goddess in her artwork.  She continues to be inspired by the Goddess in all of Her manifestations. Originally from New Orleans, Judith now makes her home in New Mexico where she paints as much as time allows and sells real estate part-time.  She is now in the editing stage of her deck of Celtic Goddess Cards, which should be released this summer. Give yourself the gift of one of Judith’s prints or paintings, priced from $25 – $3000.

Like Loading...
‹ Honoring the Earth in our Rituals of Well-Being by Lache S.
Safe Spaces Found in Fan Conventions By Anjeanette LeBoeuf ›