Home › abuse › A Middle: Understanding the Relationship between Violence and Power by Katie M. Deaver

A Middle: Understanding the Relationship between Violence and Power by Katie M. Deaver 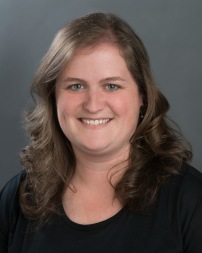 In my last post here on Feminism and Religion I unpacked the three primary understandings of atonement theology as well as some of the feminist critiques of those understandings.  In this post I’d like to focus a bit more on how the relationship between power and violence influences how Christian women view the atonement.

In her book, On Violence, Hannah Arendt puts forth a new analysis of the relationship between power and violence.  Arendt’s analysis, though primarily focused around concepts of the potential for worldwide destruction and war following major global occurrences such as the Second World War and the struggles for civil and women’s rights within the United States context, supplies an interesting framework with which to consider this relationship as it relates to domestic violence.

Arendt’s base point is that violence occurs when and where power is threatened.  While reading this book for one of my doctoral classes a couple of years ago, I was immediately struck by the way that this statement is connected to the cycle of many violent domestic relationships.  A helpful illustration of this is, likely familiar to most people, the Cycle of Violence wheel.  This model is somewhat dated in current domestic violence studies because the majority of violent situations tend to be much more complicated than this wheel can fully represent.  That being said I think it is helpful for this blog post since so many of us are likely somewhat familiar with it already. 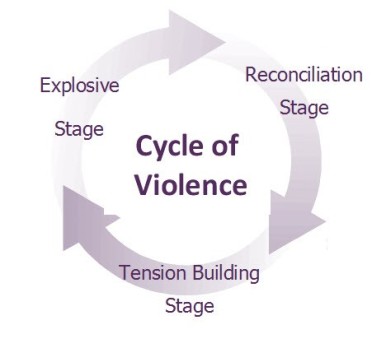 The cycle of violence and each of the phases within it are different for each and every situation and the length of time that passes between each phase can vary greatly depending on the specific context.  Generally, these phases continue to repeat over and over until the cycle is somehow broken.  The Tension phase in a violent domestic relationship is often described as walking on eggshells.  The person being abused is very careful not to “set off” the abuser or to initiate or inspire a violent episode.  Often however this care and self-monitoring does not ward off the intimidation, threats, and emotional manipulation which frequently occur within the tension phase.

The Explosion phase is understood as a/the violent episode. (This understanding is part of why this wheel is problematic and has generally been replaced with more helpful understandings within domestic violence studies.  It suggests that physical violence is worse than emotional manipulation and other forms of abuse, or that threats of violence are somehow not damaging to the person being threatened.)  This is often the point at which law enforcement may be called and tends to involve physical, emotional or sexual abuse, and in many cases a combination of all three.

Finally, the Reconciliation or Honeymoon phase beings after the violent explosion and continues the cycle back into the tension phase.  During this phase the abuser may be genuinely sorry for the violence, or they may ignore or deny it completely.  The abuser may try and “fix” the problem of violence by buying gifts or taking the victim on a romantic vacation.  The abuser may also try to seek pity from the victim.  Each of these responses and actions are attempts to pull the victim back into the cycle of violence and assure that the damaged relationship continues. 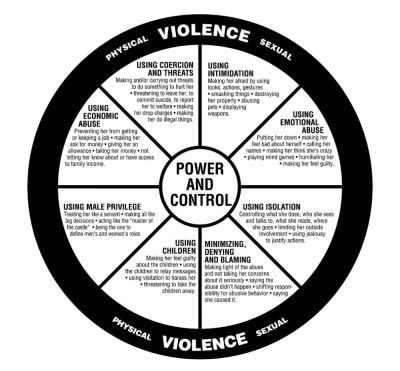 The Power and Control Wheel is much more prevalent in current domestic violence studies… but a bit more difficult to unpack in a blog post!

After realizing the very tangible way that the relationship between power and violence related to domestic violence I began to wonder what that connection might mean for Christian women who believe in and cherish traditional understandings of the atonement.  The majority of the women that I have worked with are deeply connected with the Christian cross event and as a result it isn’t possible to completely remove it from their understanding of their faith.  Rather, I attempted to understand the cross event as a violent act on the part of humanity against God, and that through this act of human violence God takes action and uses God’s power to interrupt the cycle of violence by changing the “expected” ending of the cross event.

Through the use of power, God changes death into life and crucifixion into resurrection.  God demonstrates for us a benign use of power by using power to bring about peace, as well as to be a source of life in our difficult world.  This benign use of power is what people of faith are called to practice in order to do God’s work in the world.  The cross and resurrection events then, become an interruption to the cycle of violence and therefore cannot be used to justify or perpetuate domestic violence, but rather must move us toward the elimination of such violence, the cross and resurrection of Christ are the interruption of the cycle of violence.

While this approach certainly isn’t a perfect “fix” or an understanding that will work for all survivors of violence it does strive to take into account the lived experience and beliefs of Christian women as well as encourage them to understand their faith as something active that we do, not just something we witness.