A Beginning: Atonement Theology and the Feminist Critique by Katie M. Deaver 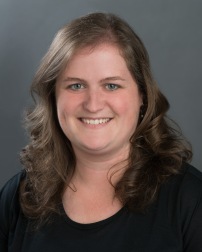 Since many of the comments on my last post expressed interest in my dissertation topic I will use my next couple of posts to talk a little bit more about my work and research in that area.  When we talk about theories of the atonement we are trying to describe a narrative structure of what took place within the Christian cross event.  Generally speaking, Christians believe that atonement serves at the reconciliation between God and humanity and that this reconciliation is realized through the person of Jesus Christ.  The three primary theories that try to explain this event are Substitutionary/Satisfaction, Moral Influence, and Christus Victor.

The Substitutionary/Satisfaction theory of atonement suggests that Christ takes on the guilt and punishment that humanity deserves because of our sinfulness and so becomes our substitute, paying the debt we owe for our sins.  Because of humanity’s sinfulness we deserve death, but instead of giving us what we deserve God instead offers God’s son as a sacrifice to pay our debt, to atone for our sinfulness, and to save us from the eternal punishment of death.

The Moral Influence theory of the atonement focuses primarily on the life and ministry of Christ rather than on his suffering and death.  This theory is centered on the belief that God loves God’s creation so much that God would hold back nothing from us, God would even give God’s own Son in order to save us and remain in relationship with us.  As a result this theory encourages Christians to live as Christ lived and focuses on imitating his life and ministry in order to bring about justice in our own world.

Finally, the Christus Victor theory of the atonement is deeply rooted in the triumph of good over evil.  Within this theory resurrection is the promise that evil does not have the last word.  Atonement then is God’s great triumph over sin, death, and the devil.  God offering God’s self on the cross is a Divine gift which sets creation free from bondage, allows love to prevail over wrath, and blessing to overcome curse thereby reconciling God’s self to all of creation.

I believe that the Substitutionary theory of the atonement is the most dangerous for women today.  One reason for this is because this theory is very focused on the individual.  There is very little, if any, acknowledgement of the systemic evils (misogyny, sexism, racism, classism, etc.) that are at work within our world.  However, the primary reason that this theory is dangerous for women is because it emphasizes suffering and obedience as salvific acts.  Even though the theory is based on Christ’s action and atonement it encourages women to be obedient and to endure their own suffering in the hope of one day being “saved” through that suffering.  I have spoken to many women who have been encouraged to stay in abusive relationships because they believe it is “their cross to bear.”

While many feminist theologians affirm and identify with the Moral Influence theory of the atonement I am still somewhat uncomfortable with what this theory offers women.  The Moral Influence theory can be positive for women because it is concerned with Christ’s life and ministry rather than his suffering or death.  In addition, it offers a model for how we as people of faith can live in the world and work to bring about justice.  However, it can also encourage women to love and suffer, as Christ did, even to the point of death.  Similar to the Substitutionary theory the Moral Influence theory also fails to adequately acknowledge the presence of evil that can be found within our world in social structures like patriarchy, sexism, and racism. 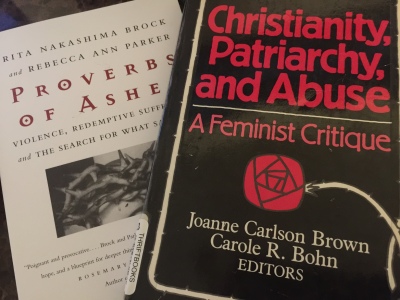 In my opinion the Christus Victor theory of the atonement has the most to offer for survivors of violence as well as for women of faith though it too has serious drawbacks.  This theory not only considers all aspects of Christ’s life, ministry, death, and resurrection it also address the realities of evil and oppression within our world.  However, this theory does still place a large emphasis on individual sinfulness/salvation and the necessity to suffer as people of faith.  The difference then, between this theory and the other two, is that this theory clearly illustrates that the suffering that we as people of faith endure throughout our lives is not, and need not be, salvific.

Feminist scholarship has many other important critiques of these theories of atonement, but the above explored critiques should at least provide a starting point for those of us interested in these issues.  Two books that have greatly shaped the way I approach these issues are Christianity, Patriarchy and Abuse: A Feminist Critique Ed. By Joanne Carlson Brown and Carole R. Bohn and Proverbs of Ashes: Violence, Redemptive Suffering and the Search for What Saves Us by Rita Nakashima Brock and Rebecca Ann Parker.

Like Loading...
‹ Internal Strife – External Conflict by Oxana Poberejnaia
Is This How Patriarchy Began? by Carol P Christ ›