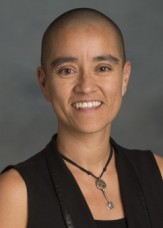 I introduced the volume  Women Religion Revolution,  the collected works that Gina Messina and I co-edited, in a previous post. I now write about the political theological orientation with which we entered the project of the book.

The very first thing to note is that this work was, from beginning to end, a collaborative effort at multiple levels. First is the personal, relational. The idea for the book was Gina’s, but she invited me to join her in the project very early on. We brainstormed contributors and hit the ground running. Next, with the help of Kate Ott, we partnered with Feminist Studies in Religion, Inc. and its newly launched FSR Book Series. We were excited for the opportunity to have our book be among the first ones published. Organizationally, FSR Inc. partners with the Carter Center and its Mobilizing Action for Women and Girls Initiative. The Carter Center helped support the launch of the FSR Books series out of its concern to support works that make a difference to women and girls. And so, by way of FSR, this project was also made possible by the Carter Center (more on that in a bit).

Then, back to the personal, within FSR Inc., Gina and I worked especially closely with Nikki Hoskins, our primary contact person, who was a champion helping us at every step of the process to get the book ready for publication. Finally, to top off the collaborative nature of the book, there is, of course, the diverse group of brilliant contributors who all wrote original essays and ultimately made the volume a reality. From the very start, the project was one that prioritized relationship and coalition building. As with so many other good things in the world, it took a village.

The next thing to mention regarding to the political theological orientation of the volume, is its economics. Gina and I were already familiar with FSR’s commitment to making its books affordable – something that has been a priority for Gina and me as well. So making sure the book was not expensive was an economic given from the start. Further, FSR Inc. commits to being equitable with the authors of the books they publish. Through its partnership with the Carter Center and its Mobilizing Action for Women and Girls Initiative (part of the Center’s Human Rights Program) FSR was able to extend to us, the editors of the volume, a small stipend to support the work of bringing the book to reality. What, then, to do with the stipend?

Gina and I were intentional in taking the time to discuss how we would use the funds. We considered various possibilities: put it toward a next project; pay ourselves for the editorial work; pay the contributors, etc. In the end agreed that the most mission-aligned decision we could make was to split the stipend equally among all the contributors. The resulting amount was more symbolic than sizeable (roughly $20 per person), but the importance of sharing was a priority. We also made the suggestion to all our contributors that if any among us could afford to gift back our share, then it could be redistributed among those for whom even a small amount would make a significant financial difference. Twelve out of seventeen were able to do that, and those who needed it were able to receive a bit larger share. It mattered. One such contributor wrote back, “Even just a year ago, $30 would have made a big difference to me financially. I am not in that place right now and so I gratefully give my share back so it goes to those who need it – I remember how hard that is!” This is a little of the behind-the-scenes political theological orientation at work.

Gina and I have collaborated on several projects now. I often refer to her as my “feminist partner in crime.” Sometimes we get together just so we can do work in each other’s company (which always helps us with our productivity and creativity). In large part, I think we work well together because we are different. We have different skills and natural talents. And it is usually the case that we have completely different perspectives on whatever is the topic of discussion at hand. But it works; we bring our differences to our collaborations and we both believe they are better for it. So even here, what I am sharing is an amalgamation of both our voices (Gina was not able to attend the AAR, but she sent me her comments to incorporate into my reflection then, and which are incorporated in these blog posts now). In effect, making room for each other’s voice and contribution is part of the political theological orientation we also brought to the volume.

Gina and I wanted to do a couple of things with this volume. The first was to contribute to the dialogue around the term revolution and demonstrate the many ways we can and do engage in revolutionary change on various levels, and do so while bringing feminism and religion to the task. We wanted to complexify the religion/feminism dichotomy that often exists in the popular imagination; to up and expand the popular understanding of those terms to a broad audience. The collection of essays, then, represents multiple entry points for understanding the possibilities of each – religion, feminism/s, and their intersection. For example, one essay presents the possibility of a choice for abortion based on Catholic morality and teaching; another, the possibility of a new understanding of the Divine based on the “Alchemy of Survival,” that is, based on a decolonial becoming; another, the possibility of sisterhood and the enjoyment of food and of one’s body as revolt; and another, the possibility of religious symbols which affirm of the divine in Women, symbols that freely celebrate Sophia-Christ as the Cosmic Vagina Savior. Each of these essays complexify popular understandings of how religion and feminism do or do not intersect.

To bring this complexity together, each author wrote from their own particular context. They wrote about the work they do from the place within which they stand. Some are more radical than others in terms of the degree to which they direct their work to changing the larger system/s and framework/s undergirding the injustices they are up against. But each tells the story of their work and journey toward revolutionary change.

This book embodies the conviction – and direct experience – that women’s stories are a lifeline – that their voices shared out loud opens up space for new life and creative imagination for an alternative present and future. It affirms the transformative potential that exists in the experience of feeling spoken to and of feeling heard through someone else’s story (each of these essay represents that experience for someone). It affirms the empowerment that comes from knowing “I–am–not–alone” – the value of that experience cannot be overstated, as well as the empowerment of having concrete examples of survival, and, yes, of resistance, action, and change-making.

The political theological impetus of this book is in raising the power of women’s voices; the power that exists in speaking out loud. Women’s voices are world-shaping, world-changing forces. It is important for women-identified-women to raise our voices and to find our comrades – not only our allies, but those who will be our accomplices in the movement; those who revolt against white supremacist, capitalist, patriarchal, kyriarchy and actively build power together toward a new common vision; but one that is necessarily open-ended, that does not have a single predetermined telos, and that makes room for our varied material, contextual realities.

Volumes like this help mediate the politics of our differences in that it is a first step toward creating space – toward creating the conditions in which women can use the power of their voice to speak out loud and speak revolution into be-ing so as to continue building it. We have a critical need to bring the power of our voices together even while we leave space for one another; to honor each other’s journey while also actively finding the connecting threads that move us toward building a common critical political voice and vision, in a time when forces against our humanity are great.

The volume is a sharing of women’s work and participation in justice-making. It is also an invitation to all of us to keep on, to push further, and to hear our own deep wisdom voice speaking us to greater and more radical revolutions, turnings, in our own contexts, while also taking the whole cosmos into account, which is the challenge Carol Adams gives us in the foreword. So I’ll close with her closing words,

How do we live the revolution? Pull up a chair, and listen. And then ask, “What, now, is my next step? What, now is my understanding of revolution and resistance and revelation?” Good, let us, together, go forward.

Xochitl Alvizo, loves all things feminist, womanist, and mujerista. She often finds herself on the boundary of different social and cultural contexts, and works hard to develop her voice and to hear and encourage the voice of others. Her work is inspired by the conviction that all people are inextricably connected and what we do, down to the smallest thing, matters; it makes a difference for good or for ill. She teaches in the area of Women and Religion, and the Philosophy of Sex, Gender, and Sexuality, at California State University, Northridge.